To test or not to test - MetroFamily Magazine 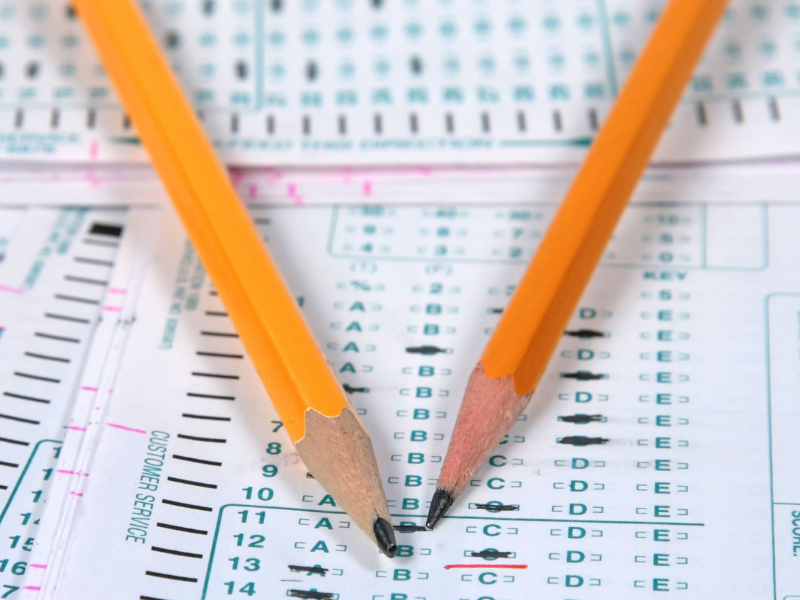 In March 2020, when the COVID-19 pandemic reached critical mass in the United States, many plans had to fall by the wayside. As concerns grew over nearly every kind of public activity and coronavirus cases began to mount in Oklahoma, State Superintendent of Public Instruction Joy Hofmeister made a necessary call and asked for a waiver for the annual Reading Sufficiency Act (RSA) testing just one month before the scheduled statewide exam.

“Our educators and district leaders need to shift their focus from assessments to essential services, including child nutrition and planning to continue student learning through alternative delivery methods,” Hofmeister said in a March 2020 statement. “Their priority cannot be with assessments that would be of questionable validity in the wake of a global pandemic.”

By the time Hofmeister called for the waiver, the reality of home education was settling over Oklahoma teachers, parents and children. Students learned the ins and outs of video conferencing programs like Zoom while teachers looked for innovative ways to engage students in a virtual classroom, but the RSA test would not be part of that process.

“It’s a federal requirement that we test students in the grades that we do in Oklahoma,” said Maria Harris, deputy superintendent of assessment and accountability with Oklahoma State Department of Education (OSDE). “The U.S. Department of Education only has the authority to be reactive to something like a pandemic to issue such waivers like they did. And so, because the pandemic hit, they were able to kind of scramble and put out a very automated process for states to waive these federal requirements.”

Every Oklahoma public school student begins the march toward RSA in kindergarten. In grades kindergarten through third, the students are assessed for their reading ability, and those who do not reach grade-level reading ability are given a program of reading instruction (PRI). The child’s progress is monitored throughout the year until they reach grade-level reading.

Then in third grade they take the RSA test at the end of the school year. If they fail to pass the test, they can either be retained in third grade, referred to summer academy reading program (SARP) and be promoted on the contingency that it is successfully completed or granted a promotion under an exemption.

“The snapshot of performance in the spring every year that we are federally required to give our students … for teachers, it’s a confirmation of information they already know about their kids,” said Harris. “For parents, it’s additional information, and it is valuable information for both the state and for policymakers and for administrators and people like that, but it also is one data point.”

According to Oklahoma Policy Institute, research shows that “retained students tend to have worse social-emotional outcomes and are more likely to drop out of school than similar students who are promoted.” The possibility that large numbers of students could be adversely impacted scholastically by the pandemic is concerning to Carrie Coppernoll Jacobs, board member for Oklahoma City Public School District, who believes her district could be facing an increase in its dropout rate after coronavirus lessens its hold.

As Oklahoma schools close, open and re-close with rising COVID-19 cases, the RSA test looms once again this spring. Harris said no states, including Oklahoma, have received waivers for the scheduled April 2021 test.

“So this year looks different from any other year since I’ve been at the state, and I’ve been there for a little over four years,” said Harris. “We have to think about the interpretation of what this information means and what we can do with this information differently. A lot of times I think people get really anxious or nervous about these state tests at the end of the year because I think that a lot of it has to do with the use and accountability and the way that we think about school-level performance.”

That nervousness and anxiety comes down to what many parents see as a punitive component of RSA. According to Oklahoma Policy Institute, RSA was enacted 23 years ago as a way to assess reading ability among the state’s third grade students. But in 2011, the state amended RSA to deny so-called “social promotion” to children who did not read at third-grade competency. Before the amendment, the onus for promotion or retention fell to individual school districts, and parents played a significant role in the decision to promote or not to promote.

This change created consternation among many parents with young children facing down the test. A few years ago, Jacobs’ then 8-year-old daughter, who had just completed second grade, started getting anxious about state testing in July, in the middle of summer. The source of her anxiety was months away.

“The first time she expressed to me she was scared she would not be able to go to fourth grade was in July,” said Jacobs. “And she is very on-level. She’s a hard-working kid. She doesn’t have special needs or challenges that might prevent her from passing that test. But even though Oklahoma has made it less punitive, kids still perceive it that way. And that anxiety that started in July for a test administered in April did nothing to help her academically. What helped her academically was having a great third-grade teacher. I think that puts so much pressure on teachers and I think there’s a lot of concern right now about what testing looks like this year.”

Harris said this level of palpable anxiety felt by educators, students and parents is a major concern.

“We have really worked hard the last few years to help shift that narrative because that should not be the case,” said Harris. “Student instructional needs should be more localized and [considered with] other data and with other information around that student and not that ‘one day, one test.’”

“I think that Oklahoma has made a lot of progress on the Reading Sufficiency Act where it’s not as punitive and it becomes much more about collaboration and getting kids support that they need, which is really how to solve the problem,” said Jacobs. “If the issue is that we want to improve literacy with our kiddos, that translates to additional support or literacy, it doesn’t translate to testing and punishing.”

Jacobs has nothing but praise for teachers who are innovating during every school day, developing new tools for teaching in an abnormal time.

“The things that our teachers are doing right now for our kids are exceptional,” said Jacobs. “As a parent you see that up close and personal because it’s happening in your living room. They are teaching in a brand new way. They are reassuring in a brand new way; they’re building culture in their classrooms virtually. I just can’t believe that right now we aren’t taking the position of, ‘What can we do to help everybody survive this school year?’”

While Harris is currently operating under the assumption that the RSA tests will go forward in April 2021, she said there are ways in which the data received from the tests can be improved in future school years.

“We know that these assessments are given in an equitable way for our students to access the information, and so we know that it is a way that we can actually think about schools across the state and be able to compare performance and things like that,” said Harris. “But we also know in this time we have to really be creative and help schools really engage with the information they already know about these kids.”