Life lessons on a court of dreams - MetroFamily Magazine 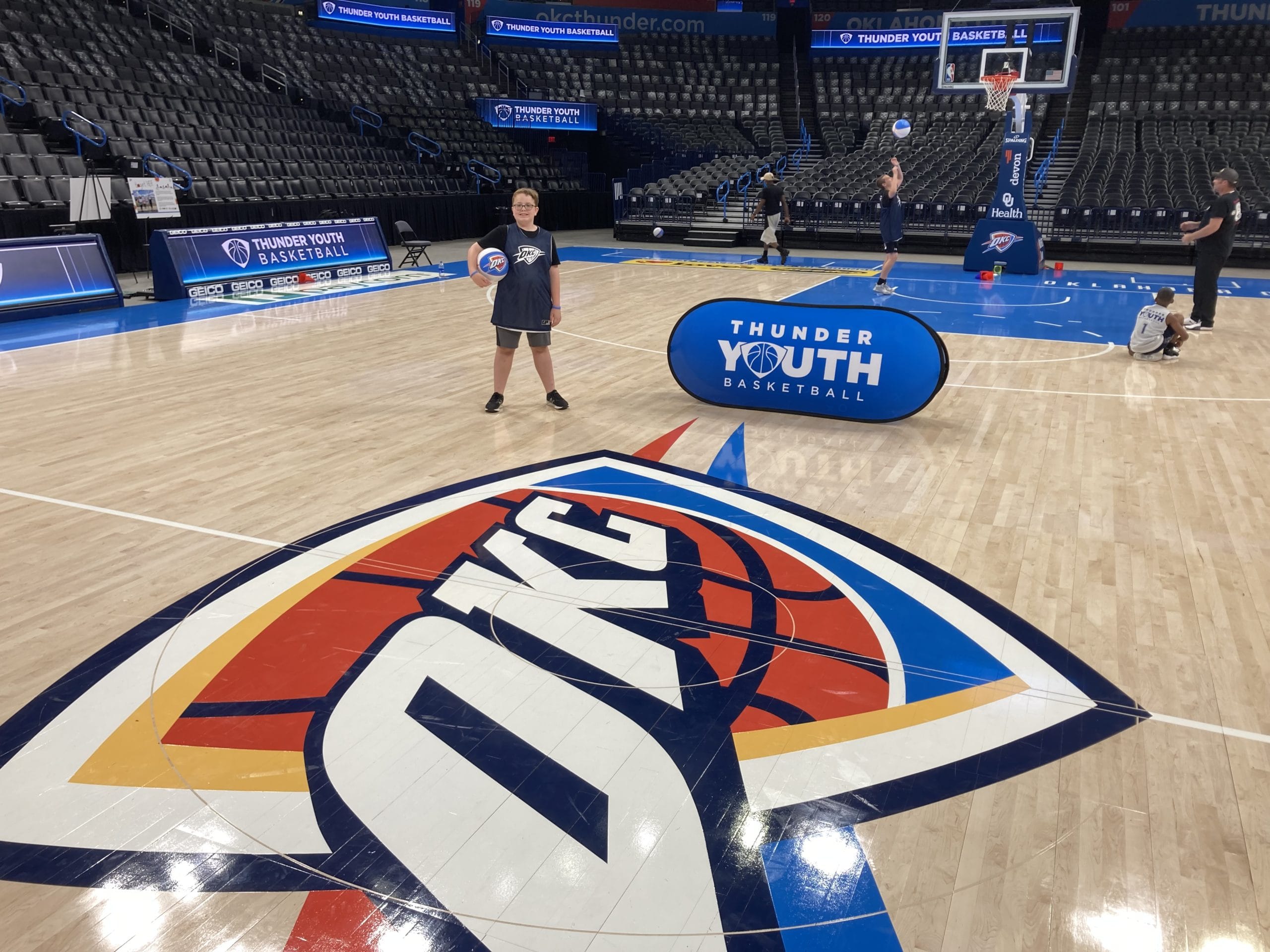 The “Sandlot” days of youth sports have largely been replaced with high expectations and intense competition. The idyllic, carefree images depicted in that movie are a bit of a diamond in the rough for Gen Z.  It’s easy to get swept up in the pressure to perform, the need to be perfect at ever-increasing younger ages, something kids today are feeling in other aspects of life too.

As a mom, I wish this wasn’t part of the world my boys have to grow up in so when the opportunity arises for a fun sporting event we take the bull…or on this case, I should say the bison (Rumble the Bison, I mean)…by the horns. 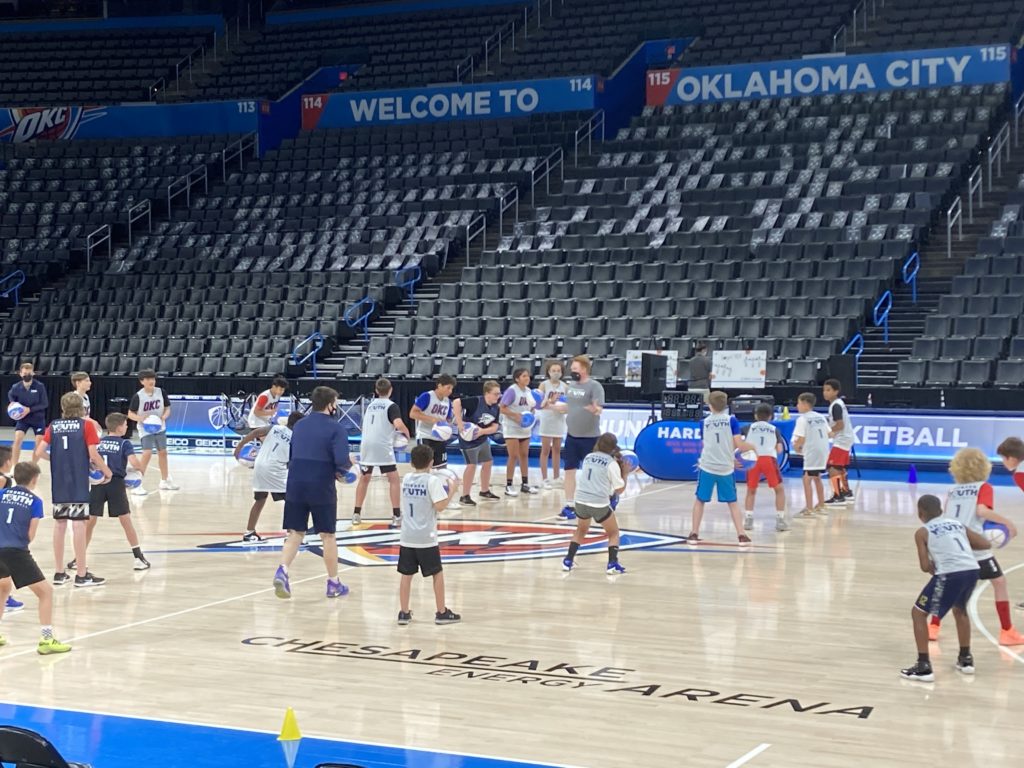 Like many metro parents, we have utilized summer camps to re-invigorate our kids’ social skills post-pandemic and provide outlets for physical activity outside of the all-too-familiar walls of our home.

My oldest son, Connor, chose to attend Thunder Basketball Camp. The basketball league he plays in was suspended last year due to COVID so he is very ready to get back onto a real court and he was starry-eyed at the idea of getting to shoot hoops on the same hardwood as NBA stars, thus making this day camp an easy pick.

Sign-up was easy since it is just an afternoon commitment, however, they pack a lot into those few hours! 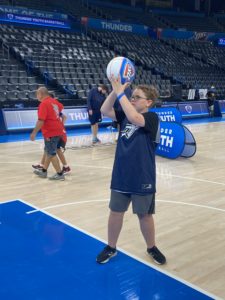 Coaches start with some fun warmups to get kids moving and mix in some friendly competition. During warmups is where they shared the first and most important lesson, in my opinion, one that surprised me a bit. One of the campers fell during a sprint and the leader encouraged his peers to cheer him on, saying “Everyone falls, all that matters is that you get up and try again.” 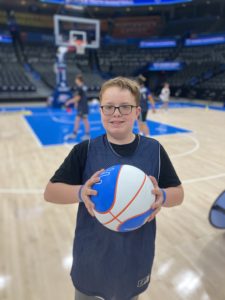 That inspiring message continued throughout each drill and applied to the youngest athletes as little as age 6 all the way up to the teen group that included kids of all abilities and skill levels playing together.

Connor ended the day with some cool and useful swag, quite of few handy at-home drills, and a lot of fun memories. I’d say that the Thunder Basketball Camp was the gem I’ve been looking for and the confidence builder my son needed.

Thunder Basketball summer camps are open to kids ages 6-14 looking to grow in the fundamentals of the game of basketball. Campers engage in hands-on, team-centric, skill-building activities, all directly on the Thunder court. Each four-hour camp is $85 per camper.