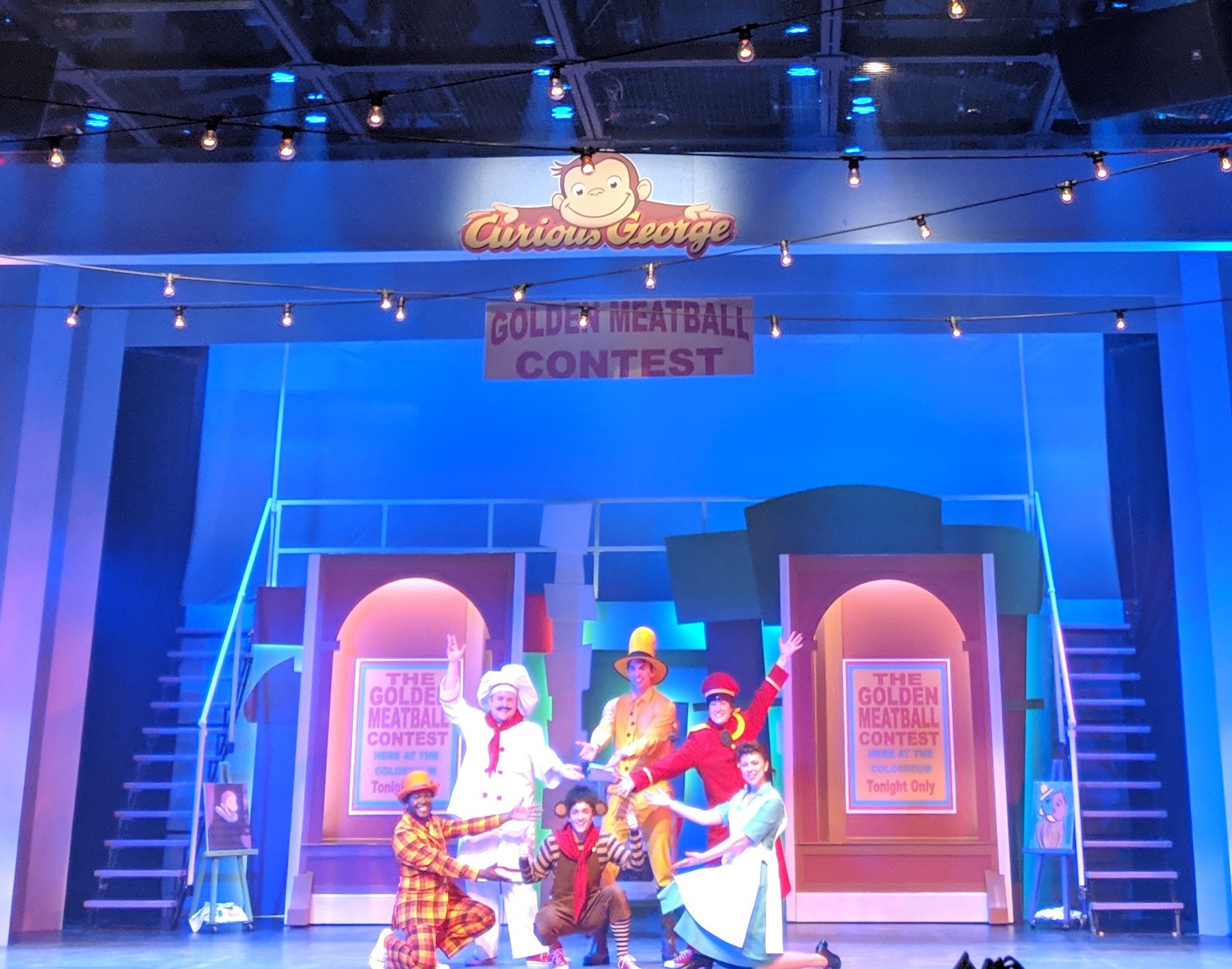 I had never been to Lyric Theatre before. We went to see “Curious George and the Golden Meatball.” The theatre is small and cozy so it feels like you’re close to the stage even though we sat in the back. I also really liked trying out some props in front of a cardboard picture of George. And they had a newspaper with information about the show that also had games on it. I completed all of those when we got home and my Mom read me the recipe it had for meatballs. Banana was one of the ingredients, which sounds like a funny thing in meatballs. I want to try making them. The part that was really different, though, was that live people make the show, so it’s not like a movie or TV. They’re actors and they do their job right in front of you. 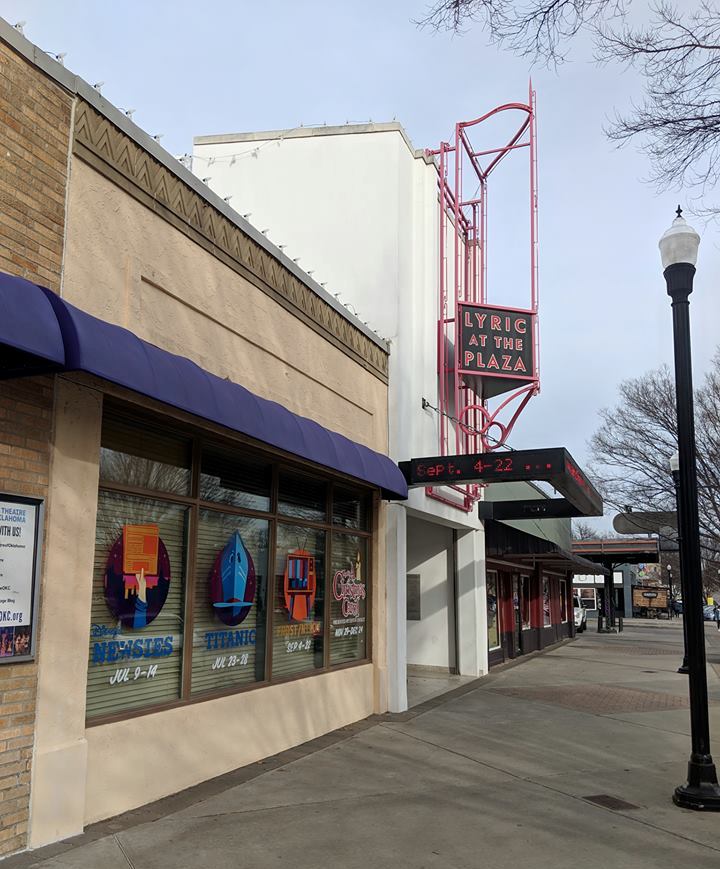 I liked learning about the theatre. All of the actors were grown-ups but not too old either. My Dad teaches at UCO and some of the actors said they go to college there. I could be in a play later. Even though I’m kind of shy, I think I could do it and if I changed my mind, I could help construct the set instead. The story comes to life when people act it out but there are a lot of people who work on the play we don’t get to see. I love seeing what they make, especially when the buildings change a lot on the stage.

I wanted to ask a question but I didn’t get called on at the end of the show. I’ll try again next time.

They will love the experience because you can see amazing things there and nearby. We took a walk in the Plaza District and there was art on a wall with a three-eyed fish. My Mom took me to eat red velvet cream pie at Pie Junkie after the show. The stores nearby have aliens and sugar skulls and cool things. The theatre is like that too. You can find art in there made by real people right in front of you; they pretend and it’s a kind of art with costumes and music. Seeing Curious George was the best part of my weekend. I know he wasn’t real because I’m 7; that’s a man, not a monkey, but I kind of want to keep thinking he was the real George. Kids are creative and they’ll see how other people can be creative too. 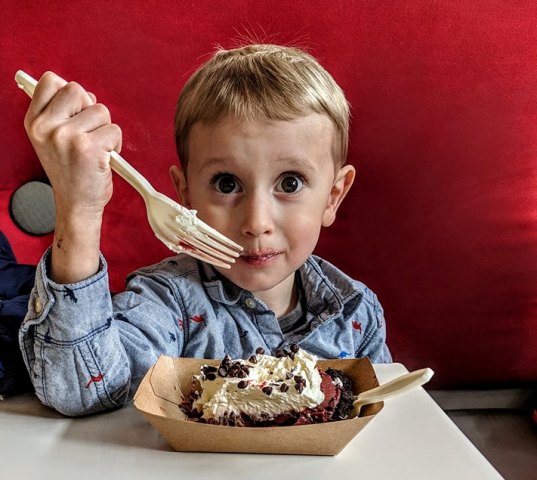 My younger brother, Gabriel, is 4 and he thought the monkey was really George. Younger kids don’t really understand that the actors are just pretending but they like to go anyway. I saw some babies there but we didn’t bring our baby. My oldest brother, Sam, is 11 and he really likes plays. You can be in a drama club in middle school and he’s in that.

I would try to meet all the actors before the show so I can see how they change. I saw their photos in the program but that’s not the same and I want to talk to all of them.

Does anything you saw match up with what you’re doing in school or have seen somewhere else before?

Yes, I went to see “Junie B. Jones” in December with my first grade class on a field trip but I don’t know what theatre we went to then. My Mom is reading me the new chapter book “Short” by Holly Goldberg Sloan, which is about “The Wizard of Oz” and a little girl who goes to theatre camp to be a Munchkin. I would like to do that and now I know you can do that at Lyric Theatre but I would like to see kids instead of adults after they go to the camp, like what they can do. It kind of helps if you know the story already and I know “Curious George” from PBS Kids and from some books. Maybe I’ll know the next story I see the play of if I go again sometime. It’s like this musical called “Hello Dolly” that I made my Mom take me to last year because I kept seeing commercials for it on TV. I really wanted to see that but I was totally lost on the story. I didn’t get it but watching the people dance was still fun.

I’ll remember the whole day! Pie helps you remember. Seeing a play is something every kid should do.

[Editor’s Note: Read all our Kid Reviews at www.metrofamilymagazine.com/Kid-Reviews/]