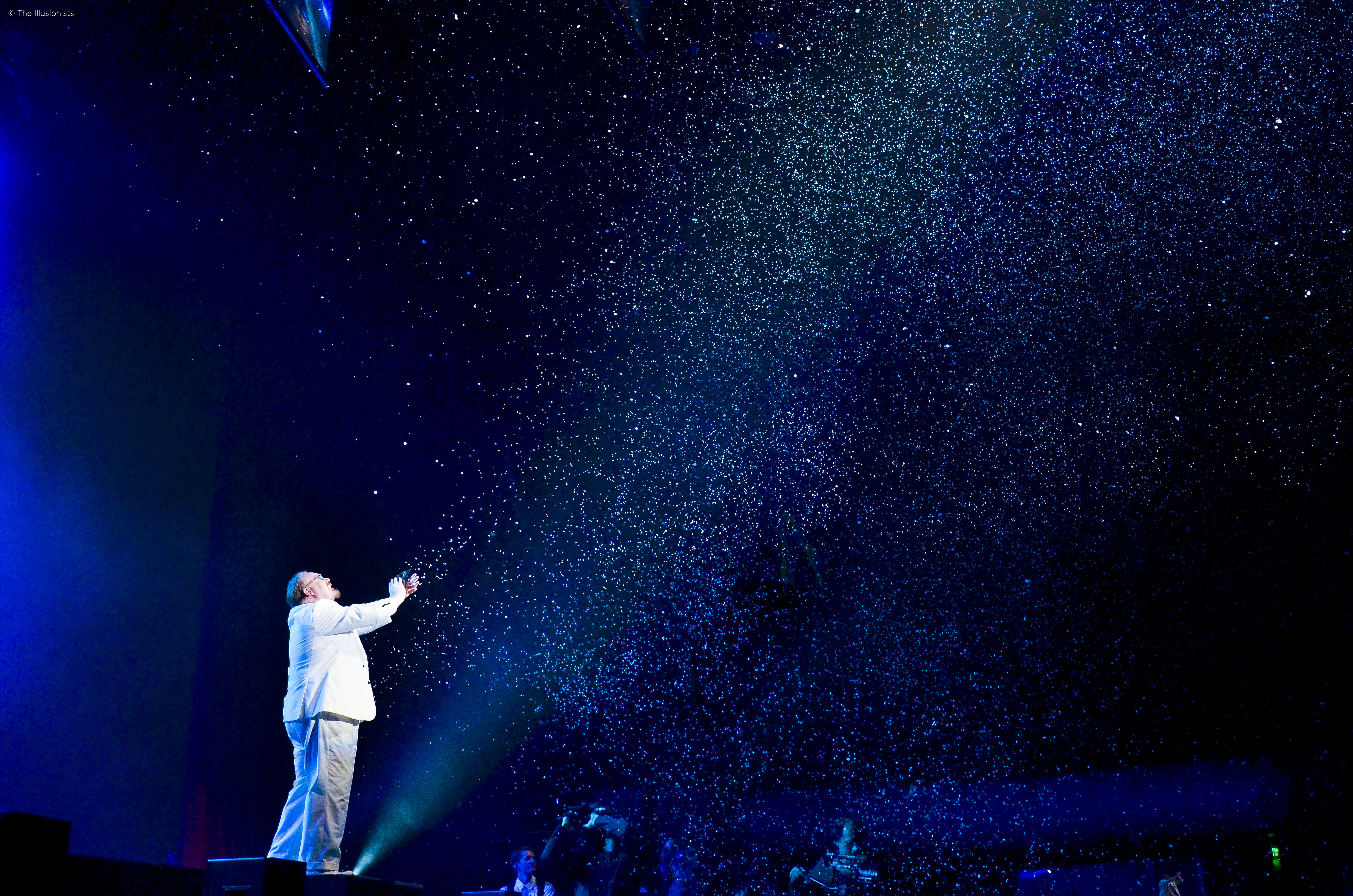 A magic show for the whole family is headed to Oklahoma City and we got in touch with one of the show's top performers to get the inside scoop on the upcoming event. The Illusionists-Live from Broadway is coming to Oklahoma City Sept. 15-17. The show has been on international stages and recently finished a run on Broadway.

Note: We're giving away tickets to this show on our contest page!

Kevin James is one of seven talented magicians in the show. The French native knew from an early age he wanted to be a magician. In 2003, Kevin was named "Parlour Magician of the Year" by the world famous Magic Castle in Hollywood, California and in 2005 was named "Most Original" by the International Magicians Society.

Below, he answers a few questions about his background and about the upcoming show.

MFM: Tell us about the show.

KJ: The show is seven top magicians doing their best material. We all have characters that fit our kind of specialty and I'm The Inventor. The show started about three years ago at the Sydney Opera House, where it broke box office records and really took off. So we started doing global performances and then last November we opened on Broadway for a six-week run that launched a North American tour.

MFM: How did you get into magic?

KJ: I've been doing magic since I was about 8 years old. I saw a magician at my elementary school. Most young kids are interested in magic at some time or another but I was one of the lucky ones who just never grew out of it. I feel so blessed to have fallen in love with it so strongly at such a young age. I was in college and had friends who had no idea what they wanted to do while I just felt so directed and focused. I think it's the best job in the world.

MFM: Is the performance good for kids? What ages will enjoy the show the most?

KJ: The show is for all ages. It's something the whole family really can enjoy together. Magic is like that. It breaks down all barriers.

MFM: Do you have any advice for young people interested in magic?

KJ: Stay in school and take business classes. When you're performing your magic show, you are your own business and you'll need to know how to run that business. Also, never give up. There are too many people out there who just give up. It's not going to be easy but you can't give up.

MFM: What's your favorite trick in the show?

KJ: I invent a lot of tricks and my favorite is one I invented that happens right in the middle of the show. We find a kid in the audience who wants to help out. Our video crew goes out into the audience to the kid and I take a paper napkin, crumple it up into a ball and then send it out into the audience where it starts to animate. It's inches away from this child but she will have no idea how I'm doing it. The sense of wonder that comes over her face and the sense of electricity it sends through the crowd is amazing. The trick ends when the paper turns into a real flower and I give it to the young audience member.

The Illusionists-Live from Broadway will be presented Sept. 15-17 at Civic Center Music Hall by Celebrity Attractions.

This interview has been edited for clarity and length.