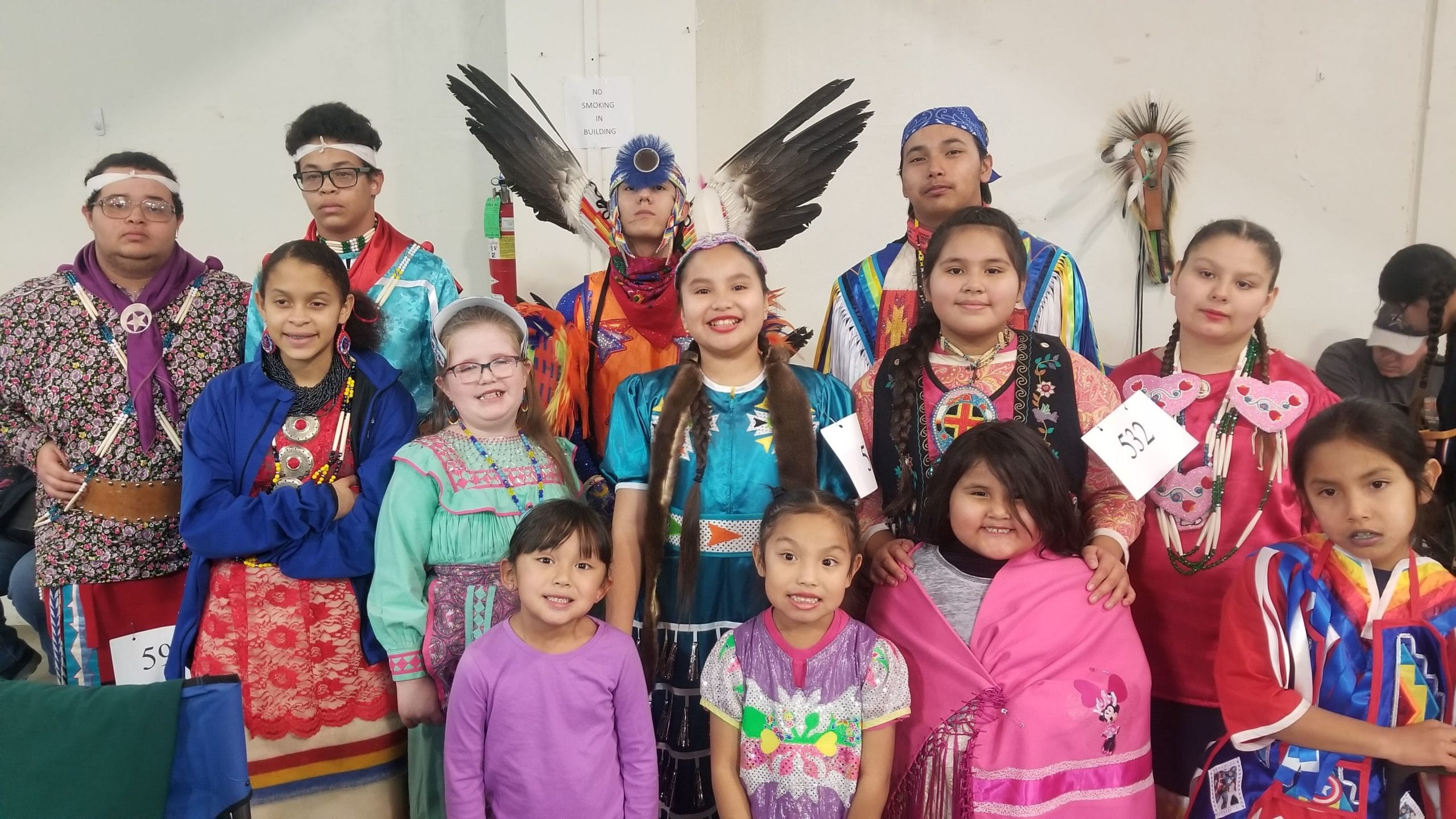 In elementary schools across Oklahoma, learning about the Land Run of 1889 has often included a reenactment of the event for students. While some students dress up as settlers and pretend to stake their claim to land, others stay home due to the triggering effect this day has for their family. Such was the experience of Rochell “Ro” Werito as a child, now the Native American Student Services cultural programs coordinator for Oklahoma City Public Schools (OKCPS NASS).

“My mom kept me home on that day,” recalled Werito, a member of the Muscogee Creek Nation, as well as the Navajo and Yuchi tribes. “As a little kid, you don’t really understand why you are stuck at home or are sitting at the library. My mom talked to me in a way that I could understand and explained how the Land Run wasn’t a fun day for our Native people.”

The Land Run has long been a defining moment in Oklahoma’s history and statehood, but Native families are often disheartened at best, traumatized at worst when the Indigenous experience throughout the land runs and Oklahoma’s history is not taught.

“We are not saying to not teach about the Land Run at all,” explained Kyla Molina, a child therapist and interim board chair for Sovereign Community School, an Oklahoma City charter school with a focus on teaching Native culture and identity. “However, the narrative has often overlooked that many Native people lost their land and were essentially pushed to the outskirts of Oklahoma.”

The first of five land runs in Oklahoma took place on April 22, 1889, and allowed settlers to claim a quarter section of land, 160 acres, within a total of almost 2 million acres being opened in central Oklahoma. Before the land runs even began, Indigenous tribes had already endured a long, painful history of removal from their lands, losing countless lives along the journey.

Dating back to the Indian Removal Act of 1830, the president was given power to remove Indigenous people east of the Mississippi River. This removal led to the deaths of roughly 13,000 people from five tribes alone, Cherokee, Muskogee, Choctaw, Chickasaw and Seminole, many of whom were elders and children. Indigenous territory once covered the majority of modern day Oklahoma but quickly downsized to the eastern half of the state in large part due to the land runs, lotteries and auctions.

In 1887, the Dawes Act divided Indigenous land settlements and more than 90 million acres of tribal land were stripped from Native people to be sold to non-natives. After the Civil War, the tribes were forced to sell their land to the federal government.

A 2014 listening tour sponsored by the White House Initiative on American Indian and Alaska Native Education brought up concerns about Land Run reenactments from Native families and prompted OKCPS to revisit how teachers should educate students about Oklahoma history in a more intentional, inclusive manner.

Thanks to departments like OKCPS NASS, there are now resources teachers and families can utilize to teach about events like the Land Run that center the Indigenous experience.

“We recognized that our schools still have to teach about the Land Run from all perspectives, so we asked ourselves, ‘What can we do to support our teachers?’” said Dr. Star Yellowfish, director of OKCPS NASS.

OKCPS NASS developed the downloadable booklet “From Trails to Truths: A Resource Booklet for Teachers,” available on the OKCPS website. The booklet includes recommended books, tips, lesson plans and activities and can be used in classrooms, as a homeschool resource or by families seeking an inclusive history of Indigenous people in Oklahoma.

Dr. Yellowfish and Werito have also developed a week-long educational program they offer to schools throughout the district. The program teaches Native American history to third graders and covers topics such as pre-European contact, Native removal, the land runs and Oklahoma statehood. Students also participate in hands-on activities and can watch the OKCPS Resonative Youth Dance Troupe perform Native cultural dances, showcasing the modern day beauty and immeasurable value of Native culture in our world today.

Dr. Yellowfish, a member of the United Keetoowah Band of Cherokee Indians of Oklahoma, acknowledges that some teachers may have intentions of teaching more about Native American culture but may not know where to begin or fear being offensive.

“We suggest teachers call us at OKCPS,” advised Dr. Yellowfish. “Have courage and use the lesson plans we have developed in our booklet. I understand where teachers are coming from. Even I get concerned sometimes about giving the wrong information and I am Native myself.”

OKCPS has also developed a summer teacher training, taking place over two-and-a-half days where roughly 40 teachers can receive Oklahoma/Native American History 101 training. The first half of the day is dedicated to a lecture and the afternoon is devoted to projects. Native food and customs are also integrated into the course. While Native history is a crucial part of Oklahoma’s past, it’s also important for teachers and families to underscore that Indigenous people, culture and traditions are present and flourishing throughout schools and communities today.

“It is a great way for teachers to gain confidence in teaching about our culture and bring something back to their students,” said Werito.

Beyond how to teach about historical events like the Land Run, there are ways both educators and families can foster cultural awareness and inclusion among young people to carry throughout the rest of their lives.

Molina, a former sixth-grade teacher of Chickasaw descent, urges educators to listen to their students and invite the sharing of their cultures and heritage.

“Listen to the voices of your students if they say they don’t feel heard or seen,” advised Molina. “Teach them to speak what’s on their heart and try to incorporate multiple stories within your classrooms.”

For families, Molina’s advice is simple but is an important reminder: teach kindness.

“Teach your kids to stand up for their community instead of being silent,” said Molina.  “If we want to teach our kids to be an advocate for others, it has to start at home.” 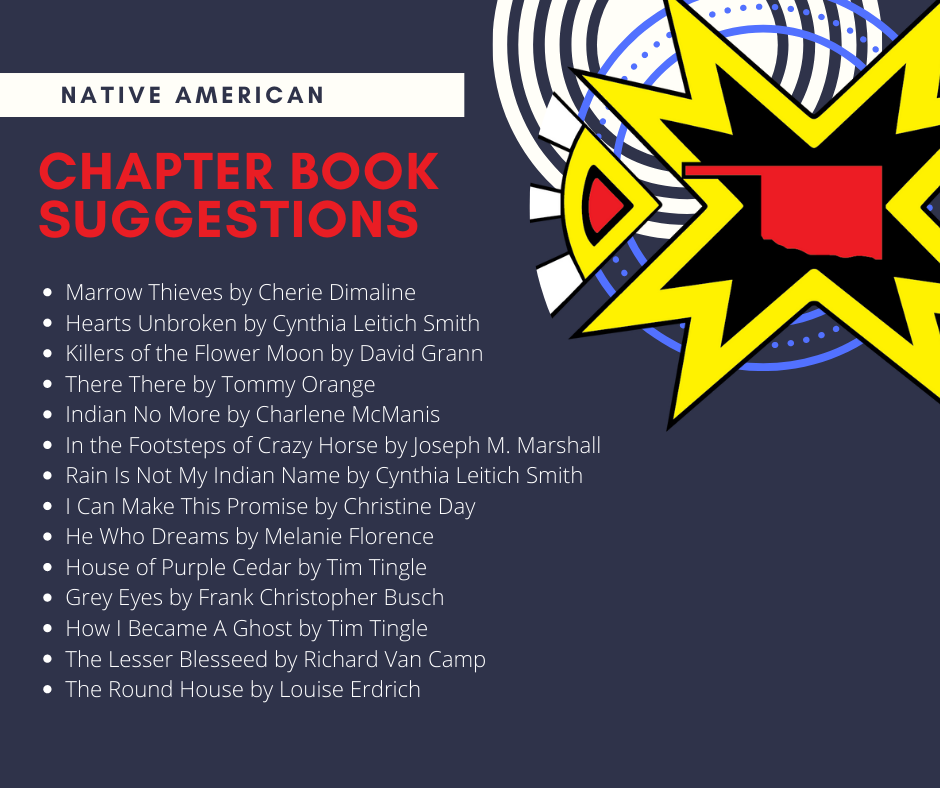