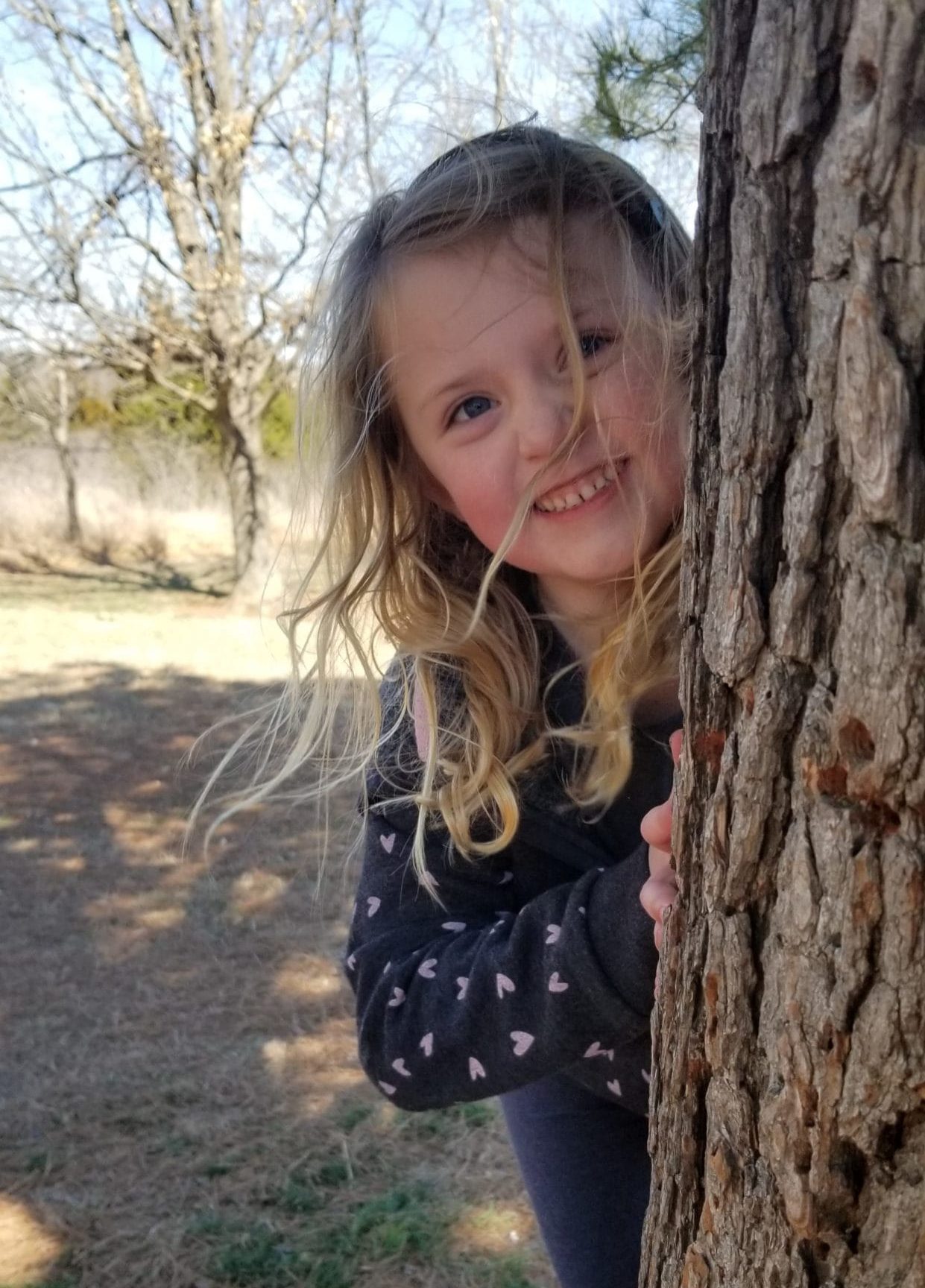 Lily Mott is a charming second grader with a sweet sense of humor and love of math. Affectionate, artistic and strong in character, Lily works harder most days than the average adult. Diagnosed with autism before age 2, Lily powers through speech and occupational therapy every weekday, as well as at-home second grade curriculum, and she spends 20 hours a week in Applied Behavior Analysis therapy. She has previously enjoyed equine, swimming and music therapy as well.

“She is constantly working and she doesn’t have the limitations that we so often put on ourselves,” said Lily’s mom, Stephanie Mott. “I am so proud of her. She’s taught me a lot about myself and what’s really important in life.”

Stephanie, who is a licensed professional counselor with trauma-based experience prior to becoming a mom, says she knew something was off with Lily from a very young age but hearing an official diagnosis of autism was still a shock. Stephanie felt an extensive amount of pressure, both as a mom and as a professional, to help Lily and their family navigate the diagnosis to the best of her abilities.

All of Stephanie’s research on autism and personal experiences with Lily led her to become a special needs counselor, and she’s now able to walk other families through their journeys, providing resources, support and expertise to the special needs community, which has become one of her most treasured life lines.

Today, Lily, and many other children who’ve benefited from Stephanie’s expertise, are making positive strides, thanks to early intervention and advocacy.

Lily is no longer considered nonverbal but her speech is primarily memorized. Relational back-and-forth communication is a struggle, so early on Stephanie commandeered a speech device for Lily, and she’s done the same for other children.

“I see families all the time underestimate the capabilities of their child,” said Stephanie. “There is often more going on behind the scenes than they can sound out. Lily likes to spell, so we started her on a speech device pretty early. It’s been really nice to give her a voice. These kids are in there, they just can’t always express themselves in a typical way.”

While Stephanie’s instinct as a mom is to anticipate and meet all of Lily’s needs, she has learned that she has to put her daughter in situations to use language to get what she wants. Once Lily mastered her speech device, the family moved on to visual aids for support and reinforcement when Lily uses her words, helping her gain speech over time.

In public school, Lily wasn’t challenged to her academic abilities, so Stephanie and dad Robert began homeschooling their daughter. The family often works in 20-minute increments throughout their mornings, with Lily especially adept at math and anything involving technology.

“Autism is so hard because a lot of the kids look completely typical,” explained Stephanie. “[And] they are often so much smarter than people give them credit for. Autism isn’t about intelligence — it’s about social and communication skills, and they often can’t communicate everything they know.”

What Lily’s parents wish others knew about kids with autism is that they are just like any other child. They want friends, but they aren’t always adept at making or keeping relationships with others in a traditional sense.

The Mott family lives in a very social neighborhood with lots of kids, but Lily is rarely invited to play. Stephanie eventually asked an older neighbor child with great social skills to come over for “play sitting” — where she would watch how Stephanie interacted with Lily and then do the same, providing Lily a much-needed opportunity to interact with a peer.

“This was such a blessing to our family, and now other families are trying it, too,” said Stephanie. “Adults need to model for kids what they want them learn. Eighty percent of communication is nonverbal, so when we’re trying to teach kids something difficult, it’s easier to show them than tell them.”

While reading books or having conversations about children with special needs is important, the crucial step in helping typically-developing kids learn to be accepting of those who are different is to model it in the real world.

For many special needs parents, Stephanie says life during the COVID pandemic has mirrored their everyday lives. Likewise, some of the same shifts that have been necessary for all families during the pandemic can be helpful guidelines in considering how to be more inclusive and understanding of children with special needs.

“Being a SPED parent is very isolating, we don’t always have the resources we need, many of us are left to homeschool, we have to be very cautious about germs because our child may be more vulnerable and family is not always able or willing to help,” said Stephanie. “We’re all trying to be more gracious, to make more of an effort to connect in ways that might not be typical, and we’re celebrating the little things.”

Being the parent of a child with autism can be an especially difficult journey because the diagnosis is unlike others.

“For other diagnoses, you get a clear-cut course: this is the cause, this is the treatment, here is your roadmap,” said Stephanie. “Autism parents don’t always get that. There is no agreement on what causes it or what’s best to treat it, so many parents are left to research and try things for themselves.”

Treatments or therapies that work for one child with autism don’t always work for another, which Robert says has been one of the most difficult parts of this journey for he and Stephanie. The ensuing isolation for children and parents can feel insurmountable.

“My saving grace has been community — connecting with other moms who actually get it,” said Stephanie, who has learned to draw boundaries in relationships with families and friends with typical kids who may not understand what they are going through. “I wish there were more opportunities in the community for dads to get similar support.”

Hope for the future

Upon first hearing Lily’s diagnosis, her parents experienced a lot of anxiety about the future. While that does still surface from time to time, they have learned to live more in the moment.

“We can look to the future but we can’t predict it,” said Stephanie. “I see so many kids that you think will struggle and they surprise you. We have to [focus on] what we can do today and not compare our life journey to others.”

Several years ago Robert focused on long-term goals like Lily being able to drive, graduate high school, have a boyfriend, find a job. But the further the Mott family travels into their journey, they have learned to shift their hopes for Lily from actionable accomplishments to finding contentment, an intentional movement away from societal goals that tell parents when and how children should achieve milestones. Stephanie hopes Lily is happy, that she finds something fulfilling to do every day of her life and that she makes friendships with compassionate people.

“We have grown so much individually and as a family with Lily in our life,” said Robert. “I hope society matures in its inclusivity.” 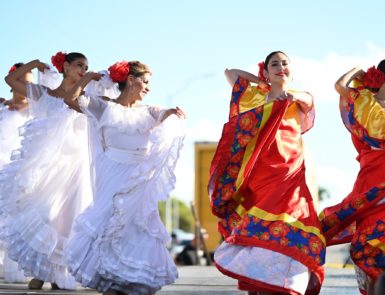 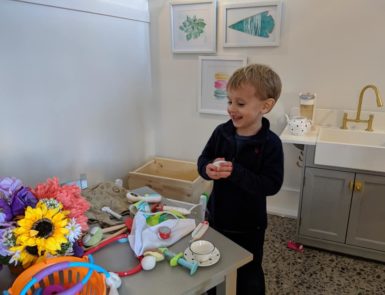 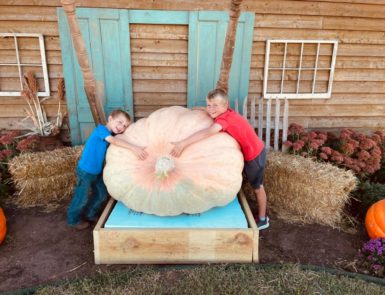