Oklahoma City-area youth will have access to a variety of adventure activities at a new youth pavilion planned for the Boathouse District. The OKC Boathouse Foundation recently announced that SandRidge Energy is donating funds for construction of a youth pavilion and adventure attractions in the Boathouse District on the Oklahoma River. The pavilion is designed to provide adventure activities that include a Sky Trail course, a zip line across the Oklahoma River, an outdoor climbing wall and indoor surf park.

“We all want to see kids being more active outdoors, and this is going to be an adventure center unlike anything else in the country. While our focus is on youth, it’s really going to appeal to people of all ages,” said OKC Boathouse Foundation Executive Director Mike Knopp. “SandRidge shares our commitment to bringing new and exciting energy to our community, and the adventure sports promise to do just that.”

“SandRidge is committed to supporting Oklahoma’s youth through a variety of community initiatives,” said Tom Ward, chairman and CEO of SandRidge Energy. “For several years, we have supported youth programs provided by the OKC Boathouse Foundation, and with this contribution, the foundation will be able to expand its youth programs and also offer exciting activities for all residents and visitors. The new facility and attractions will further enhance the Boathouse District, which has become one of the most exciting destination points in our city and state.”

“We have had overwhelming community response since the project was first announced, and through SandRidge’s support, we’ve been able to take it to an even more exciting level with the addition of the indoor surf park,” Knopp said. “We’re going to begin construction later this year on the portions of the project which are funded, but we’re still seeking funding to complete the full project which is around $5 to $7 million.”

The pavilion will also include space for a wide variety of youth activities. It will include rowing and paddling elements, classroom and event space, and will be a central hub for OKC RIVERSPORT youth teams, summer camps and community events. The adventure sports will also be used for team building and corporate retreats, and will be accessible via a day pass to anyone in the community. The project was first unveiled in December.

“The youth programs provided by the OKC Boathouse Foundation have grown to a point where they need a permanent home,” said Greg Dewey, SandRidge Energy vice president of communications and community relations. “With this new facility, we believe that more young people who would not usually get to participate in these types of programs will be able to experience the fun and adventure of the Boathouse District, while most importantly being exposed to positive adult role models who can inspire and mentor them.”

“The support from the city and the business community is making it possible for us to bring these exciting adventure features to the Oklahoma River,” said Knopp. “Thanks to SandRidge Energy, who shares our enthusiasm for this exciting development, we expect to start construction this summer.” 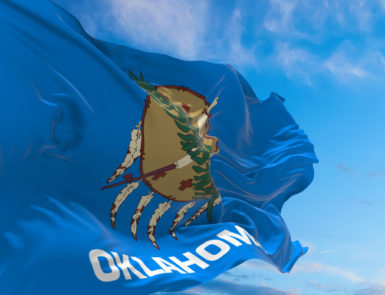