Out of This World: Bethany students launch experiment into space - MetroFamily Magazine 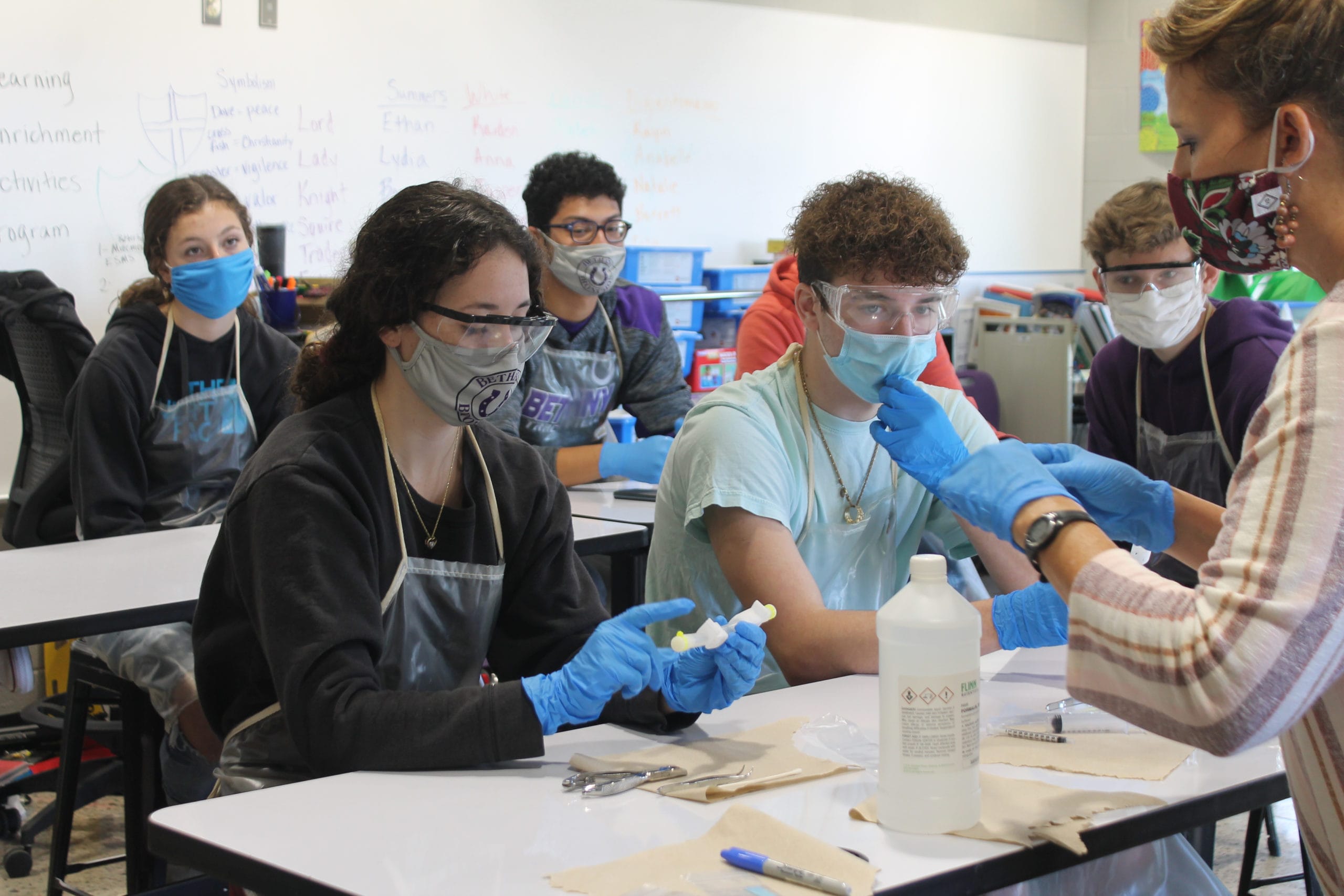 How many kids can say they’ve launched a science experiment into space? This out-of-this-world scenario is a reality for a group of Bethany High School students.

In the fall of 2019, the Bethany Public Schools Center for Science Technology Engineering and Math hosted a competition to select a student experiment for a unique opportunity through the Student Spaceflight Experiments Program (SSEP) with the National Center for Earth and Space Science Education (NCESSE). This program seeks to inspire the next generation of American scientists and engineers by engaging students from all over the nation in real-world science experiences by conducting experiments in microgravity aboard the International Space Station. 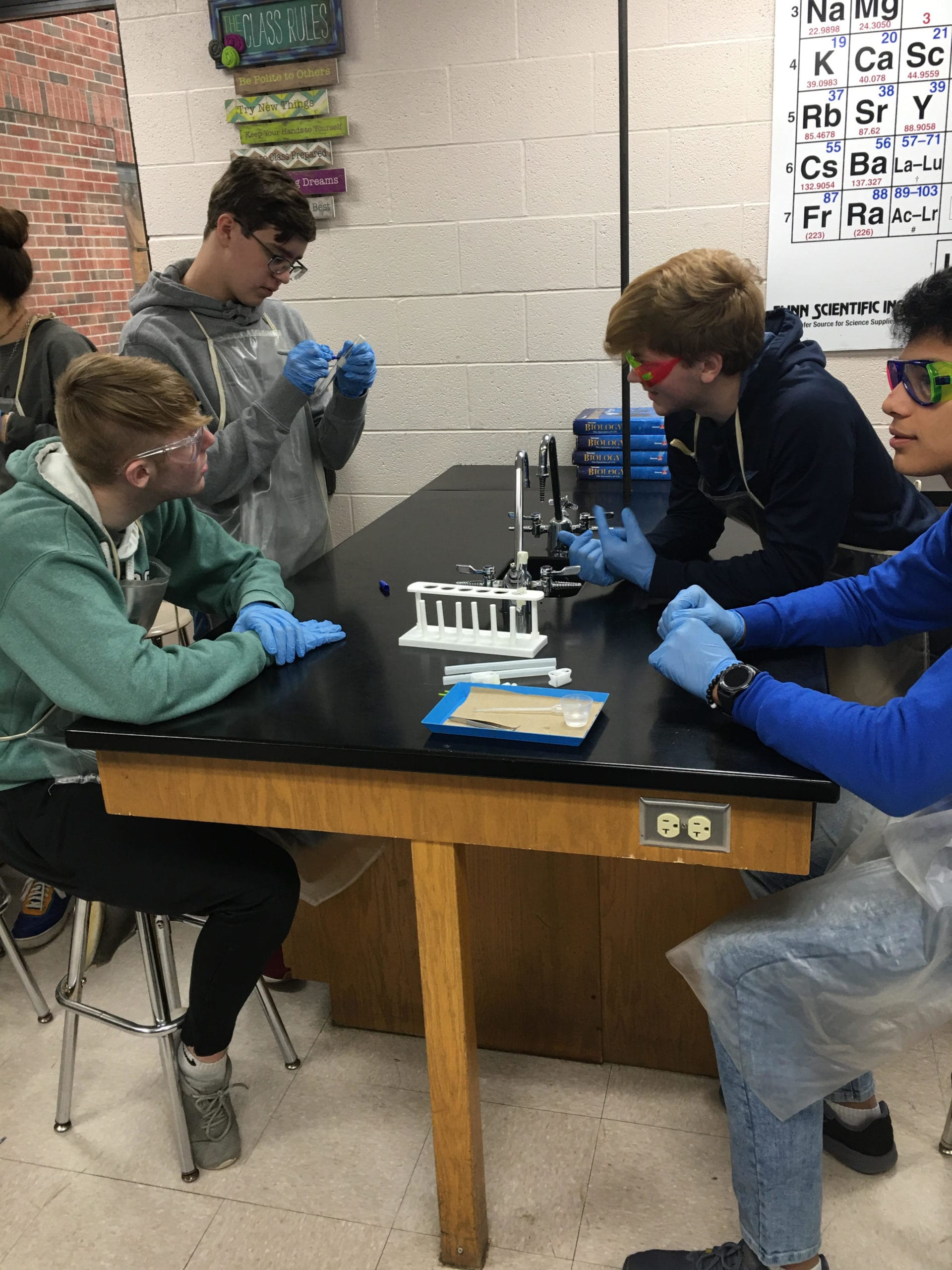 The NCESSE first contacted Bethany STEM Coordinator Andrea Stewart about participating in the SSEP in 2018 thanks to the district’s strong history of community, family and corporate support and because of its newly-formed STEM program.

A district-wide call was made for students’ scientific proposals. Then because one of the goals of the NCESSE is to encourage multi-faceted community involvement in STEM education, an open call helped form a community panel to judge the projects and assist in formulating the winning proposals. Stewart and Bethany High School biology teacher Amie Sellers felt this was an important step to make the experience a true community project.

The panel consisted of parents, educators and STEM professionals from organizations like Boeing, Tinker Air Force Base, the University of Oklahoma Health Sciences Center and Southern Nazarene University.

“Students who might be interested in a STEM career need to see what the professional scientific community is all about,” said Stewart, and involving the local STEM community was a good introduction.

As the team was deciding what kind of experiment to propose, Howard said they looked at some of the previous SSEP projects to see if their experiment could help build on existing data. Past projects covered a variety of fields such as seed germination, crystal growth, cell biology and food studies. 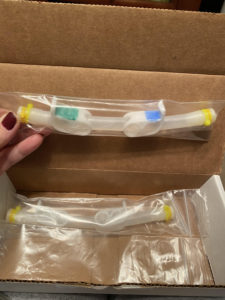 The entire experiment had to be contained within a small test tube that could be identically replicated here on Earth and at the ISS simultaneously, with the singular variable being the near-absence of gravity.

The students ultimately decided to study the effects of microgravity on an insect very prevalent here in Oklahoma — mosquitoes.

In order for the team’s project to be seriously considered by SSEP, they had to submit a thorough and precise scientific proposal. SSEP wants every step of the process to mirror how professional scientific research is conducted, from idea conception to proposal and review and finally to execution and data analysis.

“One of my favorite things about participating in this project is getting to see all the specificity it takes to send an experiment to space,” said Rhodes. “There’s constant refinements and new ideas being formed to better your research that you don’t really think about. It’s really exciting to get a look into what NASA’s experiments are really like.”

After finding out their project was selected for Mission 14 of SSEP in 2020, the team worked with Nanoracks, a company that partners with NASA to utilize the International Space Station as a national laboratory, to design, source and build the actual experiment. It would then be launched aboard a SpaceX rocket to the ISS. The team had to raise $25,000 to finance the project, the majority of which was funded by the Oklahoma City Community Foundation.

As Ratterman detailed the technical aspects of the experiment, he explained how the dormant mosquito eggs were separated from any water or food within the test tube until it was in the desired microgravity environment and could be activated by the ISS astronauts at the exact time the students activated the identical test tube on Earth.

After the mosquitoes have had sufficient time to grow, a second barrier within the experiment will be opened to release a substance to stop the mosquitoes’ life cycle. Because of this, the live mosquitoes will not be subjected to the effects of gravity upon re-entry to the Earth’s atmosphere, allowing for comparison between those on Earth that are impacted by gravity.

After several delays, the students’ project was finally launched in early December 2020. The team was originally invited to watch the launch at the Kennedy Space Center in Florida, but, ultimately, they weren’t able to attend due to COVID-19 restrictions.

Still, Sellers and Stewart hope these students realize what an accomplishment they’ve achieved, not the least of which is a long-lasting impact on the scientific community. After receiving and analyzing the team’s data from the experiment once it has returned, Sellers says the data will be added to scientific databases that can be accessed by the greater scientific community to better understand the effects of gravity, or lack of gravity, on living things.

“To be able to send an experiment to the International Space Station was most likely a once-in-a-lifetime opportunity,” said Sellers. “This was doing real science in the real world. Many students can claim that they are National Honor Society members or straight A students. However, very few can say they have submitted a selected proposal for scientific research in the International Space Station.” 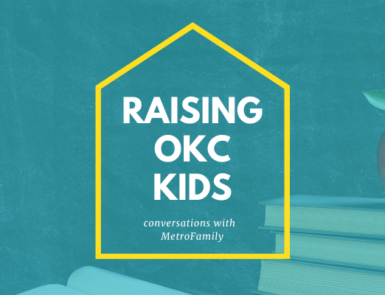 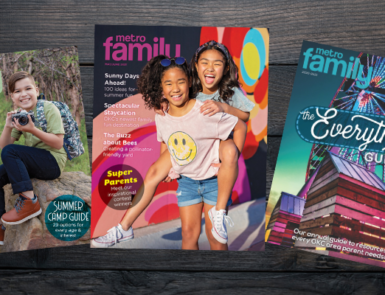 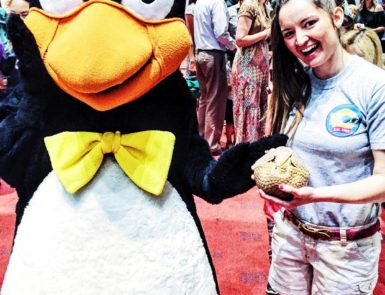