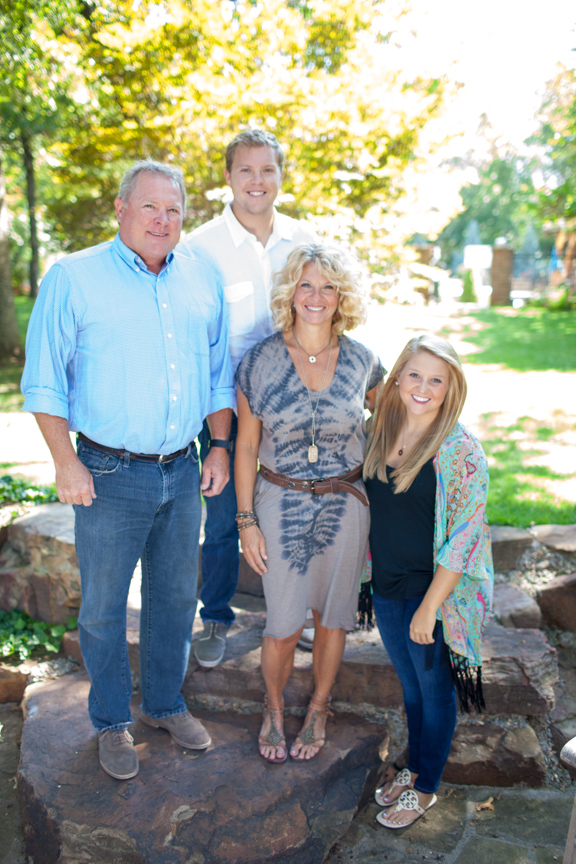 As Sherri Coale’s 19th season of coaching the women’s basketball team at the University of Oklahoma approaches, the award-winning coach is pumped.

“They’ve just been terrific,” she said of the team, which she’s been working with all summer. “They’re sponges, they want to learn, they’re confident. They want to be great and I’m looking forward to coaching them.”

Her team this season is young, with just one senior, five freshmen and two redshirt athletes who will get to be in uniform this year. In almost two dozen seasons at the helm of the OU team, Sherri said she’s witnessed incredible changes in women’s sports and feels fortunate to have seen the explosion of popularity in Division I women’s college basketball. She’s been able to watch the sport grow from only two televised games per season to every single game appearing on TV. 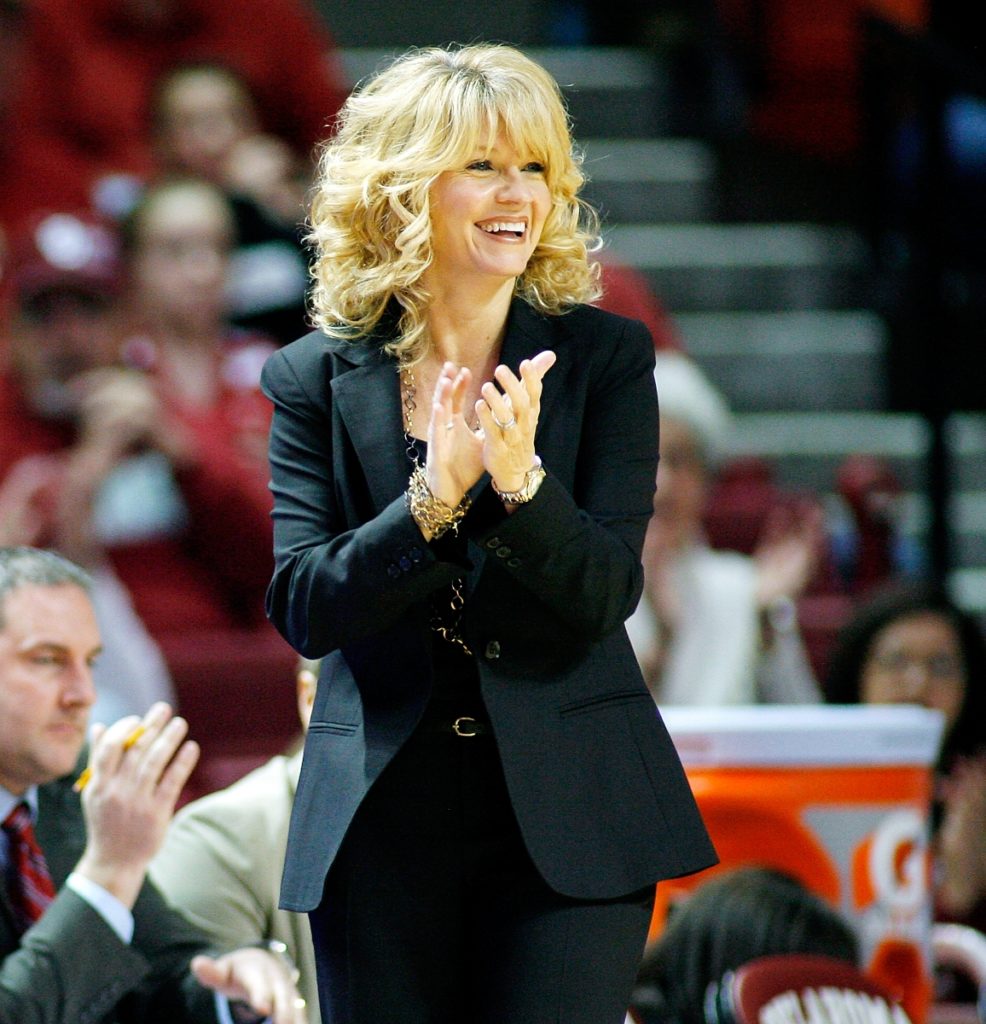 On the court, Coach Coale is known for her passion for basketball, but also her ability to coach in a way that puts equal emphasis on classroom performance. It’s a rare quality in the world of college coaches, but her roll as Mother Coale contributes to the balance. Off the court, Sherri has raised a son and a daughter.

Son Colton (age 22) and daughter Chandler (age 18) grew up on the road with the team, running around the practice gym until they tuckered themselves out and fell asleep in the corner.

“When you have a job like this, your family has to be a part of your job,” she said. “It’s not, ‘leave it at the office and come home.’ To me that is an impossibility because with this job I’m never off. I mean, if we go to Target to buy school supplies, when people see me I am still the head women’s basketball coach for the University of Oklahoma, so family has to understand that.”

Sherri recalled how crazy her life got when she gave birth to Chandler, just two weeks after she got the job at OU. Thankfully, Sherri was able to rely on her mom and maternal grandmother to pitch in with the kids when the season got busy.

“I never had to take Chandler to a babysitter, never had to take her to daycare. When I traveled, my kids got in bed at night like they always do and they were up waiting for the bus in the morning like they would if I was here,” she said. “Their routine was never manipulated based on my schedule.

“Having Granny here was phenomenal and not to mention the blessing of having your kids know their great grandmother, the expertise and wisdom in helping raise them. My mom helped as well, so I was really blessed in my circumstances. I didn’t have to do it by myself.”

Of course, Sherri’s husband Dane helped out, too. The couple met while attending Oklahoma Christian University, where Sherri played basketball and Dane played baseball. He is now a retired teacher and baseball coach who understands the demands of coaching.

As athletic parents who were successful coaches, the couple took a unique approach to overseeing the sports their kids played. Both kids chose to play basketball, so Sherri knew she would walk a fine line as a mom with incredible knowledge of the game.

“If you ever want my help, you ask for it,” she said she told her kids. “Otherwise, I’m not making you work out, I’m not telling you to go shoot, I’m not asking you if you’ve done your ball handling, we’re not breaking down what happened at the game last night. If you want to talk, then you come to me and we’ll talk about it.” 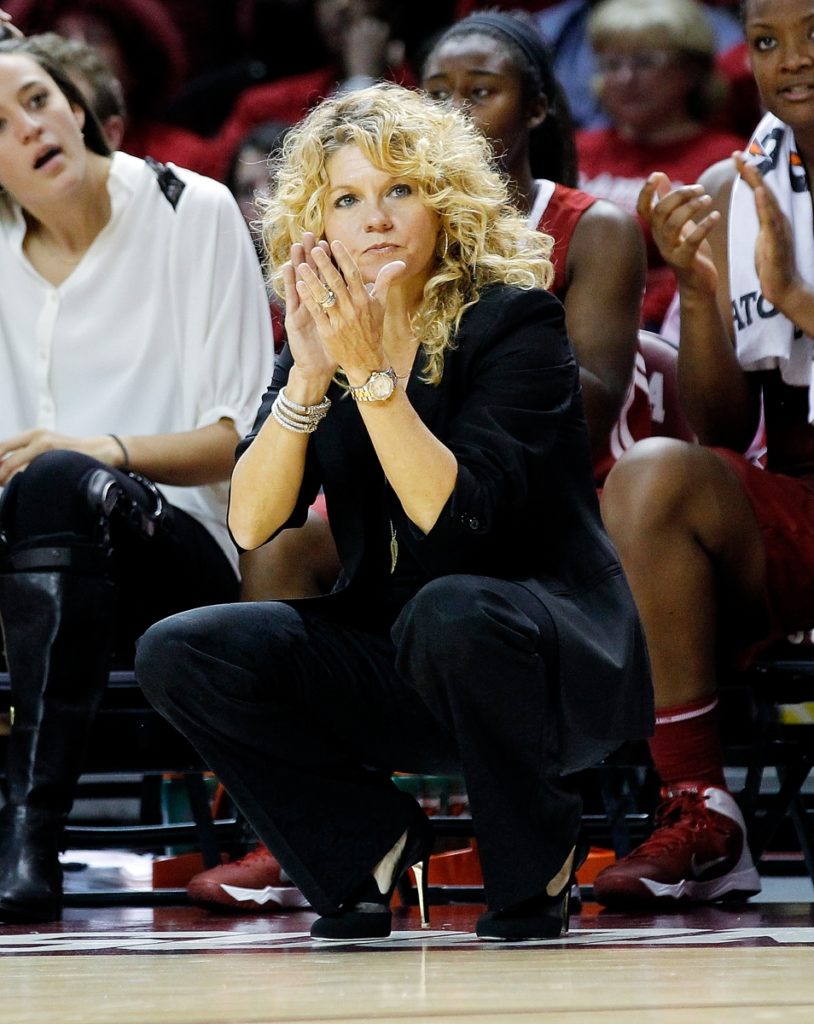 Her fear was that her excitement about the sport might push her kids away from it.

“I wanted them to have the opportunity to choose how they felt about it and not be pushed one way or the other,” she said.

Her hands-off method must have worked, as both her kids have maintained a passion for the sport. Chandler is playing basketball at Oklahoma Christian University and Colton is now on the scout basketball team at OU with hopes of becoming a coach himself.

“Colton used to sit in my lap when he was 5 years old and watch game film late at night,” she recalled. “To this day if there is a basketball game on TV he is watching it and we are texting back and forth.”

Now with an empty nest, Sherri’s life isn’t slowing down. She still finds time to spend with her kids, even though they’ve left the house.

“There is no one on the planet I’d rather watch a ball game with than my son, and my daughter and I go shopping.” Sherri said. “When they are little and they are infants you have to physically be there for them all the time. And they become teenagers and you’re not physically present as much, but the mental and emotional side of it is huge. You want them to be independent. You want them to feel good about leaving and going on, because that is part of the natural process.”

She spends a good amount of time with her players, too, and that’s not just on the court. The team is very active within the community. For 18 years, the Sooner Big Sis Program has been an opportunity for the players to become tangible heroes to elementary students. Through the program, the players spend an hour a week in elementary school classrooms in Norman. Other community service efforts include volunteering with the Special Olympics, area hospitals and an annual team trip to Haiti through Mission of Hope.

Her success on the court and at home makes Sherri a great candidate as a role model, but the award-winning coach said she doesn’t feel added pressure to set an example just because she’s in the public eye.

Q&A with Sherri: A closer look at her life off the court

What’s one thing most people don’t know about you? I was the state typing champion when I was in high school.

What are you passionate about? Jesus, people, reading and writing.

How has motherhood changed you?  Motherhood makes you more aware. The lens you look at the world through takes on a different turn.

How do you banish stress? Exercise.

What inspires you? Passionate people.

Of what are you most proud? My children.

What motivates you? An intrinsic desire to be the best I can be.

How do you find balance in your life? By remembering why I do what I do.

Advice for other moms? Love your kids and let lots of other people love them, too.

Favorite quote about motherhood? “The decision to have a child is the decision to forever have your heart go walking around outside your body.” 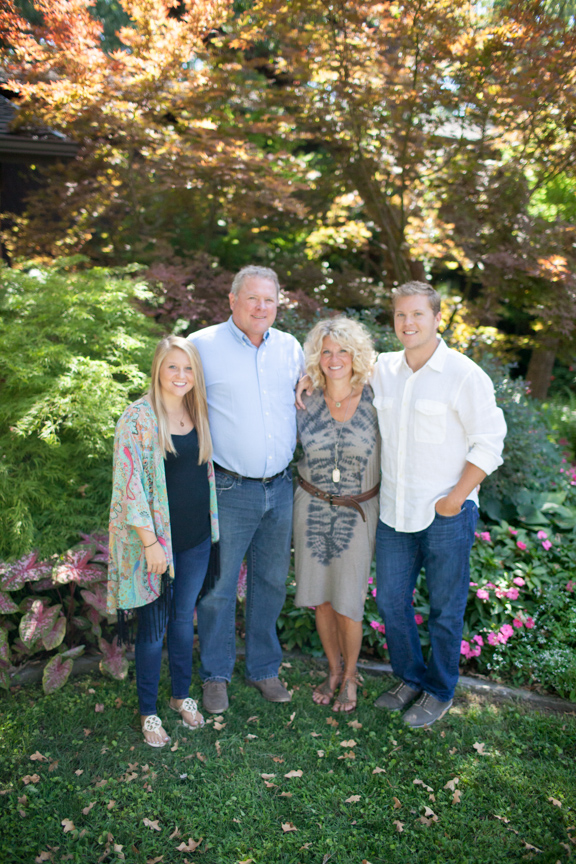 As a parent to athletes and a college coach, Sherri Coale has a unique perspective on sports parenting. Regardless of if your kids are still in Little League or competing on
the collegiate level, parents often have a difficult time balancing their own competitive spirit and helping foster good attitudes in their children.

“Everybody has to remember that participation in sports is for the purpose of enjoyment and for the purpose of building relationships,” Sherri said. “It’s for personal growth. It’s about so much more than winning or scoring points or being the person that’s in the newspaper. And that gets shifted real quickly and real easily sometimes. I think kids need an opportunity to choose what they love, and I think sports is a great vehicle.”

Sherri said that while she is the first person to say sports are a great way to teach valuable life lessons and present unique opportunities to youth, she doesn’t believe in forcing kids to participate in a sport if they’re not interested. If your kids are interested and develop a talent for the sport, she reminds parents to take a step back and look at all the other terrific abilities and experiences kids have.

“I always tell the parents of my freshmen, ‘when you call your daughter ask her about anything and everything but basketball. Ask her about the food in the cafeteria, ask her if there are any cute guys in her math class, ask her if she can find a place to park, ask her how the weather’s been, but don’t ask how practice went because she is so much more than a basketball player and sometimes in all of our human prater, our desire for great things to happen to our children and it’s all well-intentioned, but we can tend to make them feel like their participation in sport is what defines them and it never is.’”

[Editor’s Note: See Sherri in action at the first OU Women’s Basketball game of the season on November 5. Find a complete schedule at www.soonersports.com.] 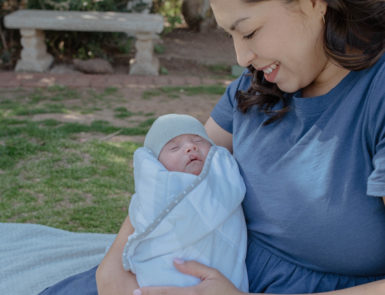