When Compliments Backfire: How to Give the Right Compliments to Kids - MetroFamily Magazine 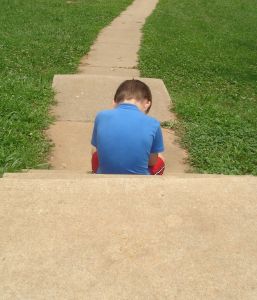 “You are so good at that!” you announce to the child, firmly believing that this warm praise is going to boost the child’s self-esteem and increase performance. But in study after study, and book after book, the widely accepted consensus is that complimenting your kids can cause lifelong problems and actually decrease performance, especially if you are dishing out the wrong type of compliments.

The compliments that the majority of us are accustomed to blurting out when a child does something notable are precisely the type of compliments that can have unintended side effects. Studies suggest that complimenting children this way can lead to a mindset that intelligence and certain admirable qualities are innate, or fixed, and kids either have them or they don’t. One study demonstrated that kids who performed well on an easy test and were told, “You must be smart at this,” subsequently chose an easier test when given an option of two more tests to complete, while 90% of the students praised for effort voluntarily chose the more difficult test.

Fixed compliments are not only dangerous, they are counterproductive.

Here are some examples of these dangerous fixed compliments that paint a picture of innate traits:

That last one is especially toxic, and it becomes exceedingly clear once we follow the life of a well-intentioned compliment. First, you notice how well your child or student read and comprehended a particular paragraph. You say, “You’re a great reader!” The child absorbs this information, and if he or she is young enough, believes it. Sounds great, right? The problem is that’s just the beginning.

Studies suggest that once children have internalized this type of compliment and truly believe they are “great” at something, they not only put less effort into the task the next time (because they are clearly naturally talented at it), but as indicated above, they actually avoid more challenging tasks that employ that skill in the future. Perhaps most shocking is the mix of helplessness, self-blame, and vulnerability children experience when a challenging task leads them to question the validity of fixed compliments, as evidenced in a study published in the journal, Developmental Psychology.

What are we to do about all this? I know that abandoning compliments is a hard sell. As indicated in the book, NurtureShock: New Thinking about Children, one psychologist has even suggested that the infatuation with compliments is correlated with parents’ pride in their children’s accomplishments. Yes, abandoning compliments may seem like an unrewarding, strange, and terrifying proposition, but it’s actually not the answer.

If you catch yourself making the mistake of complimenting a child or student for qualities that sound fixed or innate, and starting compliments with phrases like, “You’re so good at…” or “You’re such a great…” then there’s an exceedingly simple fix, even if you don’t believe any of the studies that have been conducted about the negative long-term effects of such compliments.

Compliment and praise children for how hard they are trying, not how good they are at something.

A dangerous compliment like, “You’re so good at drawing,” easily turns into “I love how hard you are trying to draw a car that looks realistic!” Just don’t go overboard. Author and social psychologist Timothy Wilson suggest you use “minimally sufficient” compliments that are just strong enough to reinforce the activity, but not so strong that the child only works hard because he wants your compliments and praise. A compliment like, “You are awesome at multiplication,” fraught with adverse, long-term consequences, can easily be changed to, “I really like watching you work so hard on memorizing your multiplication tables. It means a lot to me that you don’t give up on it.”

That way, the next time your “talented artist” struggles with a very basic drawing task, his internal narrative won’t be about how talented he is at drawing, but about how hard he tries with his drawings. When your “awesome multiplier” somehow forgets a few basic single-digit multiplication facts at school, she won’t doubt the sincerity of your praise or resign to the notion that she is awful at multiplication because her internal narrative, the one you helped her construct, reminds her that the thing that makes her special when it comes to multiplication is not how great she is at it, but how hard she tries at it and how much she doesn’t give up on it.

Complimenting and praising hard work and perseverance is such a simple request that even those who look at the above-mentioned studies on compliments with skepticism and disbelief can still accept that it is a reasonable, beneficial request with no adverse consequences. Even if some of us disagree with the idea of abandoning compliments about fixed qualities (e.g. “You’re so smart”), we can all agree that it is important to encourage effort in children.

For whatever reason, reflexively telling a kid that he or she is smart or good at something is a deeply embedded habit that will be tough to break and convert into compliments about effort and hard work. I catch myself making the mistake just about every day that I work with kids. Breaking habits, even when the new habit is ridiculously easy to implement, can be quite the challenge. When you give it a shot and notice how hard it is to make the switch, just know that I love how hard you are trying to compliment children for things they can control versus things that are fixed, innate qualities.

Kumar Sathy is an educator and author of Attack of the Chicken Nugget Man: A National Test Prep Adventure. See www.BeyondTestPrep.com.