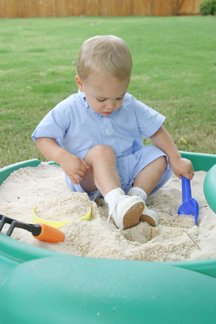 Lazy. Clumsy. Stupid. If you’re like most parents you have not only heard these terms to describe a child, you may have even muttered them a time or two. Such negative labels are likely used without thinking about the lasting effects they can have on a young mind. Understanding labeling, how it hurts, and how to turn it around is a key in helping your child to succeed.

Why Labels
According to Janice Stafford, a Licensed Marriage and Family Therapist, the five main reasons parents resort to name calling or labeling are that they:


Parents who recognize that they negatively label their child should identify why they are doing so and take appropriate measures to correct the behavior.

Labels Hurt
“Whenever we label somebody we deny them the opportunity to develop and change,” explains Ms. Stafford. “We freeze them in one aspect of being and deny their ability to change or become something else.” While adults tend to focus on non-verbal messages, children are more concrete thinkers and take things literally, so if you call them a name because you have had a stressful day at work, they’re likely to take what you say to heart. Children also have a hard time separating themselves from the undesired action, so when parents call a behavior stupid, the child believes that he is being called stupid.

Turning Point
Unfortunately we live in a society where people find it easier to condemn than to give praise. As parents, we need to strive to accent the positive in our children. When a child makes a mistake, it’s important not to stay focused on that one incident. For example, if my child washes the dishes daily and one day breaks a plate, I should avoid labeling him as clumsy. Instead, I can focus on all the days that he washed the dishes without breaking anything.

Positive reinforcement is a great alternative to labeling. Rather than labeling my child as shy, I can offer examples of what she can do or say in social situations. When I see her trying to be more outgoing, I can compliment her efforts.

As parents, we are setting examples for our children. We should be sure the examples we set are those we really want our kids to repeat. We don’t want our children labeling others, so we must overcome the tendency ourselves. As Ms. Stafford put it, “The idea is to focus on what you do want, rather than what you don’t want.”

Jacqueline Bodnar is a freelance writer living in Las Vegas with her husband and daughter.

Students Labeling Students
If you find your child is being labeled by schoolmates, Barbara Wright, a Licensed Professional Counselor and Certified Child Development Specialist in private practice with Norman Behavioral Health Group, suggests these helpful measures.
* Acknowledge the pain your child is feeling rather than denying or minimizing it.
* Ask your child if he feels the label is true. If he believes it is, help him deal with that (see below). If your child believes the label isn’t true, help him formulate a response to people who attempt to label him.
* Be an advocate for your child, but also teach him to advocate for himself!
* Let school authorities know about the labeling and ask for a plan to help your child and the offending children. Start with the teacher, then the counselor or the principal. If that is not effective, contact the Board of Education personnel in charge of such matters.
* Help your child see himself as more than the label. For example, a child with a learning disability is so much more than just that. Perhaps talking about it as a “learning difference” might be more helpful.
* Have your child list adjectives that describe her. If she can’t think of anything good, help her out by talking about her genuinely good qualities. She needs to assistance developing a better self-concept.
* Watch how often you use labels in describing others. For example, if you call poor driver’s “jerks” and obese people “fatties,” your child will likely believe that others are being just as critical of him.
* If these measures don’t provide results, consider seeking the guidance of a child and adolescent mental health professional.

Teachers Labeling Students
Labeling at school isn’t limited to students calling each other names. Teachers sometimes get involved in the name game too. Peggy Pigg, an independent educational therapist in Edmond and a former school teacher says, “It’s an area of concern because the label can become their identity. Rather than a child having dyslexia, he becomes dyslexic; instead of a child telling a lie, he becomes a liar. We don’t separate the child from the problem that he or she may have—they become the label. Once that starts, it’s hard to keep the label from following them through their school career. Teachers really need to work more on keeping information confidential. There can be a lot of gossiping and talking between teachers that is harmful to kids.”

Adults can help children understand the labels applied to them, but Peggy believes we need to be careful of talking down to the child. “Realistically, when a child has a problem, he or she knows it. It’s up to the adults to help the child understand that the problem is not who he is. Parents can go to the child who’s being hurt and say clearly that yes, he is different and explain the child’s strengths and their weaknesses. Help him see how it could be in God’s plan to struggle with this particular issue—maybe it’s building a strength, maybe it’s creating more compassion toward others. Point out that everyone has areas of strengths and weaknesses—show them your weaknesses too.

“It’s important for parents and teachers to put the child in situations where he can be successful,” Peggy explains. Most of all, she says it’s important to, “Go before your children and stop the labeling and name-calling when you know it’s happening. If it’s a teacher who’s speaking out of turn, confront him or her privately, and if that doesn’t stop it, go up the administrative chain. It’s unrealistic to think that academic difficulties aren’t going to be noted, but if it’s talked about openly, that’s unacceptable. When kids know there’s someone standing beside them—that makes it bearable. Find an area where they can succeed and let them have a place to hang their hats.”

Former MetroFamily Magazine Editor Denise Springer thanks Barbara Wright and Peggy Pigg for their help with this article.