The Value of Arts Education: A Profile - MetroFamily Magazine 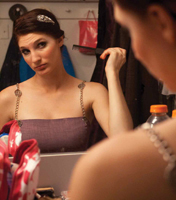 Gregarious and full of gusto, Keri Fuller calls herself a “self-proclaimed classical theater nerd.” Erin Woods, Managing Director of Oklahoma City’s Reduxion Theatre calls her “a gifted and driven actress, singer and dancer.” But regardless of the words used to describe her, Keri Fuller is a walking, talking example of how the arts can change—even revolutionize—a young person’s life.

Arts Education: Onstage and Off

“It always amazes me how we can start with a blank slate and the end product is an elaborate and brilliant show. The process may be rocky along the way, but when the show goes up and we hear and see the audiences reactions, we realize that it has all been worth it.”
– Keri’s blog post for Reduxion Theatre, October 3, 2010.

Already an experienced performer at age 17, Keri is receiving arts education both in and outside the classroom. A native of Bethany, Keri began vocal lessons at age eight and dance instruction at age 11 and continues both today. She is a student at Classen School for the Advanced Studies in Oklahoma City, a highly specialized magnet school offering a fine arts curriculum for students in grades 6-12.

“I’ve always been a dramatic individual, but I first became interested in theater as an art form around 2003,” Kerri explains. Her interest led her to perform onstage in school, for the Poteet Theatre at St. Luke’s United Methodist Church in Oklahoma City and, most recently, for Reduxion Theatre. In its third season in Oklahoma, Reduxion Theatre is a non-profit theatre company producing professional classical and contemporary theater with the goal of enriching Oklahoma’s cultural, educational and economic climate.

Keri first became affiliated with Reduxion when she auditioned for the inaugural season when she was 14. Keri was selected to perform in Pride and Prejudice that season and in Titus Andronicus during the 2009-10 season. Now, at 17, Keri is serving as the theatre company’s second full-time apprentice—an opportunity that will allow her an unprecedented glimpse into all aspects of a growing, thriving theatre.

Singin’ In The Rain Meets Shakespeare?

“You know how every time you watch one of your favorite movies you find something in either the set or the text that you haven’t seen or heard before? The same goes for live theatre. Especially in Shakespeare’s plays. Since the speech is so poetic and sometimes difficult to understand, it is next to impossible to not find something new in the subtext each time you read it. And even though the script contains so much history and politics of his time, it is still so relatable to today. That is a huge attraction I have to William Shakespeare’s work, it is so timeless.”
–Keri’s blog post for Reduxion Theatre, October 9, 2010

Despite her impressive resume and skills, most of Keri’s experience was in contemporary and musical theater. So just how did a girl who seems more suited for Guys & Dolls end up doing Shakespeare and working behind the scenes in a classical theatre?

“It’s rare to find a performer interested in both musical theater and Shakespeare, who also has singing and dance experience” explains Woods. “Keri has a versatility that makes her a perfect fit for us. She was hand selected for this position.”

In addition to performing in Reduxion’s main stage productions, Kerri’s apprenticeship responsibilities have included assisting the director, organizing and creating props, building sets, coaching other performers on movement, conducting historical research and serving in various roles in the production crew. “I didn’t realize how much goes into to a show before this opportunity came up,” Keri explains. “It has been an awesome, priceless experience.”

Keri’s apprenticeship with Reduxion began in September 2010 as they began to gear up for the third season with a production of The Tragedy of Macbeth. As the only high school-aged performer in the production (which ran last fall at City Arts Center), she gained experience working with college-level and Actors Equity performers. Her apprenticeship will continue through the company’s renditions of A Midsummer Night’s Dream (February 2011) and Hair, the American Tribal Love-Rock Musical (May 2011).

“After working with Keri in our first two seasons, we knew that we adored her.” Woods continues. “She has such a great energy and positive attitude. If we could always have a ton of Keri’s, we’d always have a great company.”

“I have to say that I have never been so challenged in a show before. Just the sheer fact that I am playing four males of four different ages and backgrounds is difficult enough. Now add an apparition and two women of varying ages as well. I must differentiate each character by the register of my voice, the way I hold myself and the small little quirks that every one of us have. There are long and stressful rehearsals ahead, but surprisingly, I am looking forward to it. All of the roles may seem incredibly difficult right now, but as I think about it, I know that it will be an invaluable experience for me. “
–Keri’s blog post for Reduxion Theatre, October 5, 2010

to Woods, Reduxion is known for taking classical Shakespearean stories and placing them in different time periods. In their inaugural season, more than 2,000 patrons viewed a Japanese Romeo & Juliet, an original adaptation of Pride & Prejudice and a roaring twenties rendition of The Taming of the Shrew. For their fall 2010 production of Macbeth, Artistic Director Tyler Woods had a new take on the classic tale: setting it in 1970s Scotland amid the strong movement for Scottish independence and scoring it with period punk rock music.

“I never realized how much of modern and pop culture ties back to Shakespeare.” Keri reflects. “Understanding these works makes you so well rounded and forces you to learn a different way of thinking and talking. It was fascinating to learn the historical background of the play and the effect it had on audiences of that time. It is fascinating to see the effects of history on this play and to be able to read these incredible words and understand them.”

Keri played seven roles in the production, all with speaking lines. “It was very challenging to play so many roles with so many ages. First off, I’m not the best memorizer. Then, throughout the entire performance, I wore many layers and did many quick changes,” she recollects. “I had to deal with weapons, big boots and learning to tie a tie.” Not one to be outdone by a challenge, Keri produced her own color-coded list of where to enter and exit, which props to carry and what sound cues to listen for. “The amount of flexibility she showed in the production was extraordinary,” Woods says. “Her attitude was always ‘I may not know how to do it, but I will if you’ll show me.’”

“I can honestly say that Shakespeare is undoubtedly the playwright that not only touches on the black and white areas, but dives into the grey areas of life. That is what makes Shakespeare so applicable to today even though it was written hundreds of years ago”
—Keri’s blog post for Reduxion Theatre, September 21, 2010.

Keri’s apprenticeship will continue throughout the spring, culminating with her high school graduation in May 2011. In February, she will perform in Reduxion’s rendition of A Midsummer Night’s Dream. “Reduxion is special because the actors and production crew are truly on the same page,” Keri explains. “As the show goes on, we begin to think more and more alike. This has been a wonderful opportunity that I couldn’t have found anywhere else. It has challenged me and pushed me. I’ve grown so much. ”

In December, Keri received her acceptance letter to Baldwin Wallace College, a liberal arts-based college in Ohio. After attending a summer intensive workshop at the college in 2010 (where she was one of 15 students accepted from hundreds of applicants), Keri knew that Baldwin Wallace was the school for her.

In terms of life plans after college, Keri’s vision is clear. “As long as I am a working actress, I’ll be happy. I’d love to be on Broadway, and I also hope to come back to Oklahoma to perform with Reduxion again at some point,” she says. “I have always had a fire in me that drives me to work harder to reach my goals. But it has always been stronger when theatre is involved. The number one thing is that God gave me this talent and I have no desire to waste it.”

Reduxion Theatre Company is a non-profit corporation that seeks to professionally produce classical and contemporary theater to enrich the cultural, educational and economic climate of the community. Their name is taken from the Latin redux (to revisit) and the culinary process of “reducing” a sauce to its purest form.

Reduxion has recently relocated to a space on Broadway Avenue in Oklahoma City, after two seasons of performing at various metro-area venues. To promote community involvement and help fund renovations, Reduxion is offering a sponsorship program for individuals, families or businesses to sponsor a square foot of the theatre for $26.

Inspired by social-media and grassroots fundraising efforts, Woods sites the “Sponsor a Square Foot” program as a positive way for the community to get involved in the development of The Broadway Theater. “By offering sponsorships at $26 per square foot of theater space, it maximizes our potential to gain new donors at an affordable contribution level,” said Woods, “It gives us an opportunity to widely involve the community in the growth of our theater; giving everyone a stake in our company and new space.”

“Being the first theater company to have performance venue on OKC’s Broadway Avenue is thrilling,” said Artistic Director, Tyler Woods. “Establishing a permanent live performing arts venue, near the growing areas of Mid-Town, Automobile Alley and nightlife of NW 9th Street feels like a natural step for us.”
Reduxion will begin performing at The Broadway Theater in February. “Every square foot sponsor helps to get us closer to our goal of developing The Broadway Theater into a performance space to benefit the growth of the arts in Oklahoma City,” Woods explains. The theater is located at 1613 N. Broadway in Oklahoma City. Contact Reduxion by calling 405-651-3191 or visit reduxiontheatre.com.

Brooke Barnett is the Assistant Editor at MetroFamily Magazine. 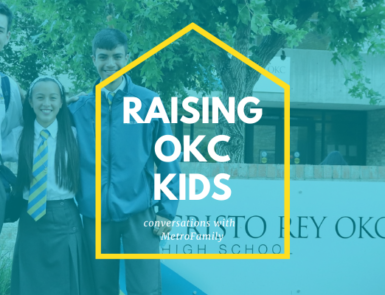 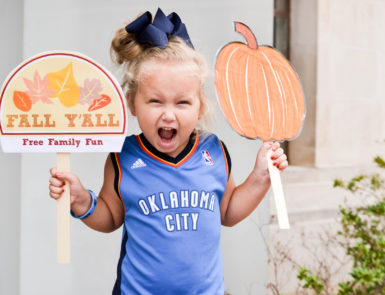 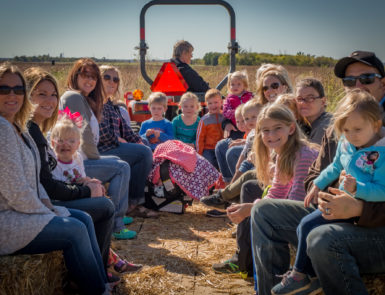