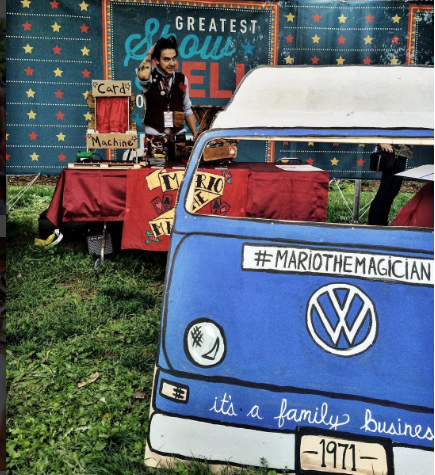 Oklahoma City family fun builds community. Sometimes, that community extends as we welcome summertime visitors who share a love of their craft, show us what they do and take our own enthusiasm with them on the road.

Mario "the maker" Magician is coming to Oklahoma City Community College on Aug. 1 in his famed #littlebluebus.

MetroFamily is giving away two family pack sets of five tickets plus a merch bag. Enter here by this Tuesday, July 25, at noon.

You might recognize Mario from "Sesame Street;" he's the cool illusions guy Murray and Ovejita went to visit in their magic school episode. I saw his publicity images and knew his smile right away because my youngest child is 2 and "Sesame Street" is pretty much our background anthem over here.

"Sesame Street" fame is huge but other accolades also precede Mario. David Blaine called him "the best kids' magician in the world." They worked together this past spring on creative concepts for Blaine's performances.

What I love about this idea, though, the traveling magic show, is that #itsafamilybusiness. That's their hashtag because Mario and his wife, Katie Marchese, travel each summer as well as during school breaks throughout the country in a 1971 VW bus with their two small children, Gigi, age 5, and Bear, age 2.

Nyack, New York is the family's home but Mario performs in New York City and throughout the tri-state area during the rest of the year. Katie is his manager, booking agent and public relations coordinator. They're a fixture at festivals throughout the region. 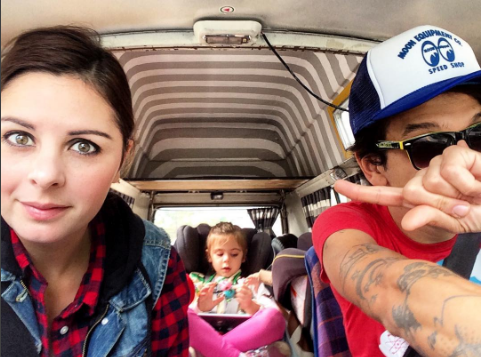 Summertime, though, is that special season when they can venture out together, for the better part of a month. The family is currently en route to shows in Nebraska, Colorado, Oklahoma and Tennessee, with a Seattle show planned for later this fall.

"I owe it to Gigi and Bear to be the best mom that I can be and I know that I'm best when I'm experiencing life," said Katie. "There's so much beauty to be seen and I want them to to see it."

There is an element of parenting I think a lot of moms identify with: feeling somewhat pinned down, trapped in the house. Katie mentioned a sense of relief when Gigi was about 2 and car rides became easier. The family didn't have to stay in one place and their work gave them a great reason to do something beyond the surrounding area.

The idea of a car trip for just a few hours can be intimidating for parents with small children, much less a few weeks, with logistics like laundry and No Vacancy signs, wrong turns and breakdowns.

My sons are 10, 5 and 2 and it was a big thing for us to shepherd everyone into our Jeep and go visit the Stafford Air & Space Museum a few weeks ago, just 90 minutes each way.

"My advice for parents is to leave plenty of cushion with your schedule," she explained. "It's so much better for everyone to take a break when you need one and give kids that 45 minutes or two hours to get out of the car, stop somewhere like a local attraction or just a park and let them run around. We're also not opposed to some screen time with apps and some healthy snacks." 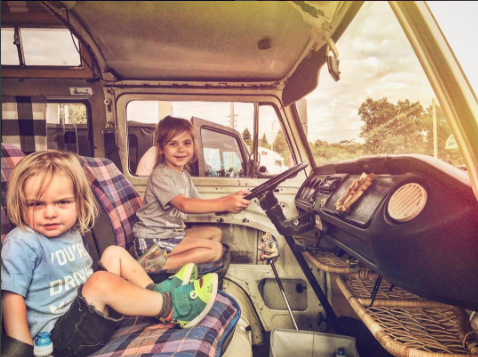 Katie packs just two to three outfits per person for their month-long tour and they unpack the van with all its equipment and props each night for security reasons, which brings up another point of advice: Don't overpack. Buy as needed at a local store instead of packing for every possible scenario.

Katie, Mario and their children stay with friends and relatives or at hotels, wash clothes at all those locations and see the country. Mario's sister, Graziella, moved to Edmond last year so they'll make the most of it for a family visit.

"We really don't mind time in the van. I have had some amazing conversations with my kids in there that I don't think we would have had otherwise. It's so easy to be distracted when we're with them because all of these things are beeping for our attention but it's like we're more centered than we are at home when we're out together," said Katie. She does concede, though, that "everyone is looking forward to that hotel room and a shower. We're not at the point yet of sleeping in the van."

The VW van, which does not have air conditioning, has had some improvised repairs along the way, which Katie describes as "something you know is to be expected when you buy a vehicle like that." Mario gained the confidence to know he could handle mechanical issues far from home because he had already built a kit car with a VW engine. His reputation as "the maker magician" is due to that hands-on inclination; he improvises his own props too. 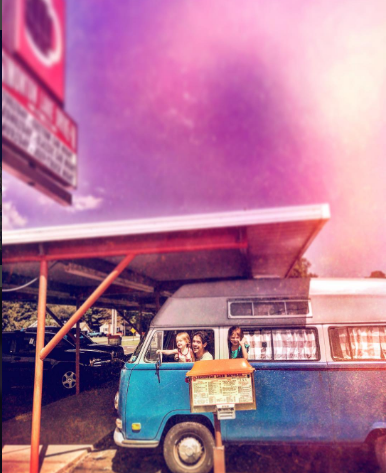 The kindness of strangers has come to the rescue a few times, though, including help from fellow VW enthusiasts. A broken window during a downpour, being stranded on the side of the road and talking with mechanics on the phone to know what to try next have all happened in recent memory.

"We've definitely had some bad luck on the road but nothing we couldn't get help fixing or that was so terrible that it made us not want to go out again. You learn what works for your family," she explained. "I want Gigi and Bear to see what we do for a living, to understand what hard work is, and know that this is how we're able to have food on our table and a house that we share."

Katie admits that sometimes that "it's not always easy and there are times when the kids are in the back screaming their heads off and Mario and I look at each other like 'what the heck have we gotten ourselves into' but I feel like our issues are resolved more quickly when on the road because we don't have an option so we're not lingering in anger. We don't build resentment. We don't harbor annoyances. We just kind of pick up and move on and it works for me."

Gigi will go off to first grade with so much to answer the "What did you do during over summer break?" topic and her parents hope that continues year after year. They plan to travel until the children just don't want to anymore. Katie lived in Italy for a few years and Mario hitchhiked throughout the U.S. so a sense of adventure is nothing new to the Marcheses.

A misperception about children's performers overall is that they're gimmicky and almost always take children's performances as a hobby or additional revenue stream rather than as their main business. Mario's success underscores the serious fun he's promoting, with art, craft and skill that go beyond your run-of-the-mill kids' party.

Katie describes the day "Sesame Street" got in touch with her about the Murray and Ovejita segment as "the second best day" of their career so I had to ask what was the first: "The day David Blaine needed a children's magician for a party at Robert De Niro's house." They didn't know each other but "David took a chance on Mario" and the relationship grew from there. Mario worked with Blaine in Los Angeles and New York City from March through May. 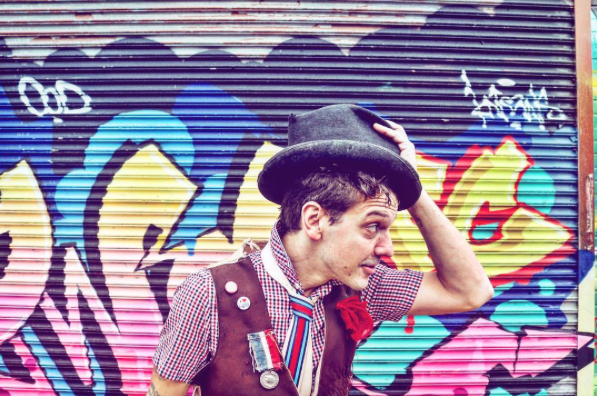 The Marcheses' professionalism leads the way and I'm expecting an outstanding show Aug. 1. Katie documents their travels here on YouTube and on Instagram (@mariothemagician). They pop up in my feeds and I check in now and then on what they're doing as they make their way here, which Katie described as a common part of the business now, daydreaming for those of us who feel wanderlust. Fans often see their shows but continue to follow them via social media.

"I feel like we carry that joy and that friendship, the hospitality people show us as we visit their part of the country, everywhere we go and I'm so grateful for that," she concluded.

I had just one last question for Katie Marchese: "Do you know all the secrets to all the tricks as well?"

"I do," she said. "And everyone always wants me to say how they're done but trust me, you don't want to know. Live with the illusion and just be amazed."

I kind of already am. 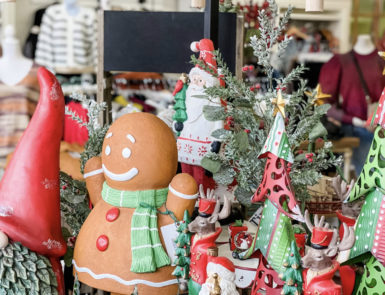 Personal, Unique and Local Teacher Gifts for the Holidays 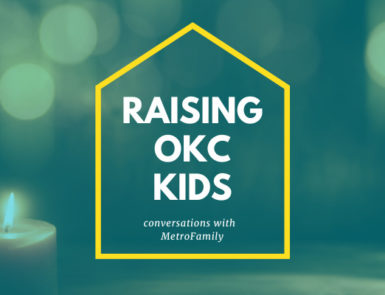