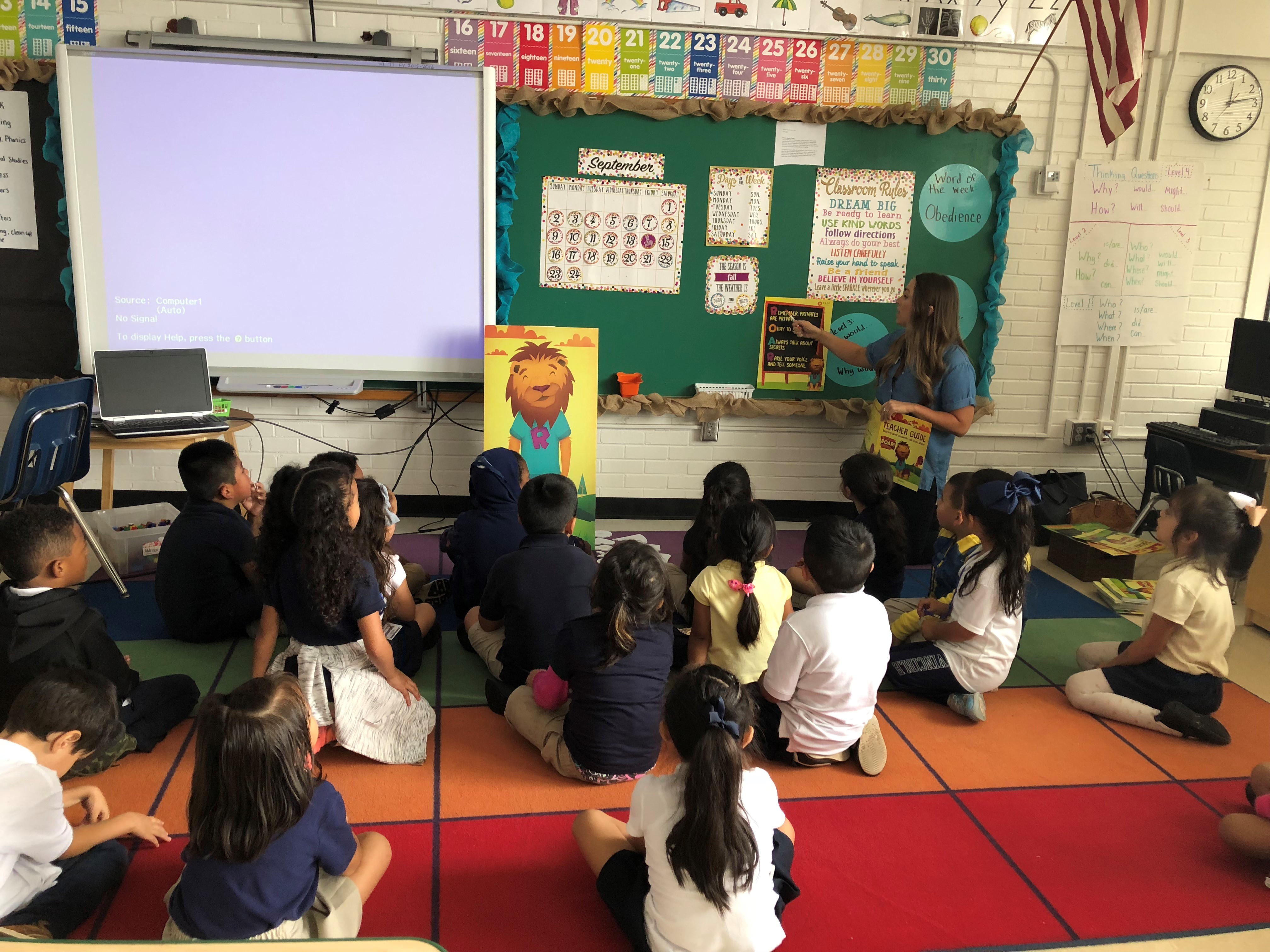 In Oklahoma County, one in three girls and one in five boys will be victims of sexual assault by age 18, according to the Oklahoma Department of Human Services.

Ninety percent of child sexual assault victims are perpetrated upon by someone they know, love or trust.

“I know a lot of parents think ‘my friends, relatives or people I know would never do that,’ but that is not something we can guarantee when we look at the statistics,” said Lynch, also citing examples like slumber parties or camp when parents don’t always know the adults around their children.

Renee O’Leary, education program director for Norman-based Bethesda that offers services for victims of childhood abuse, advised that kids need to be prepared for dangerous situations and they need to know it’s always okay to talk about it.

Oklahoma’s 2017 Youth Risk Behavior Survey, with participation by 90 percent of public high schools, reports 12 percent of students experienced sexual violence within the past year, and one in 11 students had been forced to have sex in their lifetime. According to Michelle Stansel, rape prevention coordinator for the Oklahoma State Department of Health, the key to preventing sexual violence against children and teens is education, both through developmentally-appropriate, evidence-based curriculum offered by local organizations and ongoing communication at home.

“Statistically speaking, education helps prevent sexual violence,” said Stansel. “If we are afraid and run the other direction, we’re doing a disservice to our children and their well-being.”

It’s never too early to start talking with children about keeping their bodies safe with language and examples they can understand. Rather than a singular talk, parents should encourage continued conversation.

“Whenever kids start to talk, that’s when to start having that conversation,” said Lynch. “For anyone who feels uncomfortable, a book is a great place to begin.”

Initiating body safety and sexual abuse prevention conversations with any age child can be daunting. Created in 2004, Stop, Go, Tell has reached more than 30,000 preschool through elementary-aged children in schools, libraries and YMCAs across the metro and provides participants a parent brochure to continue the conversation at home. Similarly, the Care Center offers ROAR for ages 4 to 8 in schools, churches, community organizations, foster care agencies, online and on location. Both programs are offered at no cost.

Stop, Go, Tell and ROAR don’t name private parts, use the term “sexual abuse” or teach sex education, but rather reinforce that children are in charge of their bodies, empowering them to stand up to abuse. Both emphasize if a child’s boundaries are broken, it’s never the child’s fault.

ROAR is presented by a life-sized cartoon lion named Rex who teaches children that private parts are private, it’s okay to say no to any kind of touch, it’s never okay to keep secrets from trusted adults and that if abused, they should tell. Rex helps children understand the difference between surprises and secrets and shows off his swimsuit to illustrate that anything underneath belongs to him only. Though the general term “private parts” is used, it’s crucial for parents to teach children anatomically correct terms rather than using nicknames.

“If we don’t give children the correct words, when it comes to a court case, a person could be found not guilty because the child couldn’t explain what happened to them,” said Stansel.

Stop, Go, Tell teaches personal boundary rules, using a hula hoop for kids to practice saying yes or no to someone coming in to their personal space. Stansel says while the concept of consent is usually associated with sex, it goes far beyond that, from learning body autonomy at a young age and understanding how to communicate what touches are and aren’t okay, to respecting others’ boundaries and learning to deal with rejection.

“We have to teach this from the very beginning,” said Brittney Criswell, program director for Thrive — Sexual Health Collective for Youth. “Even with things we might consider ‘cute’ when kids are little, like a child running around on the playground giving other kids kisses.” 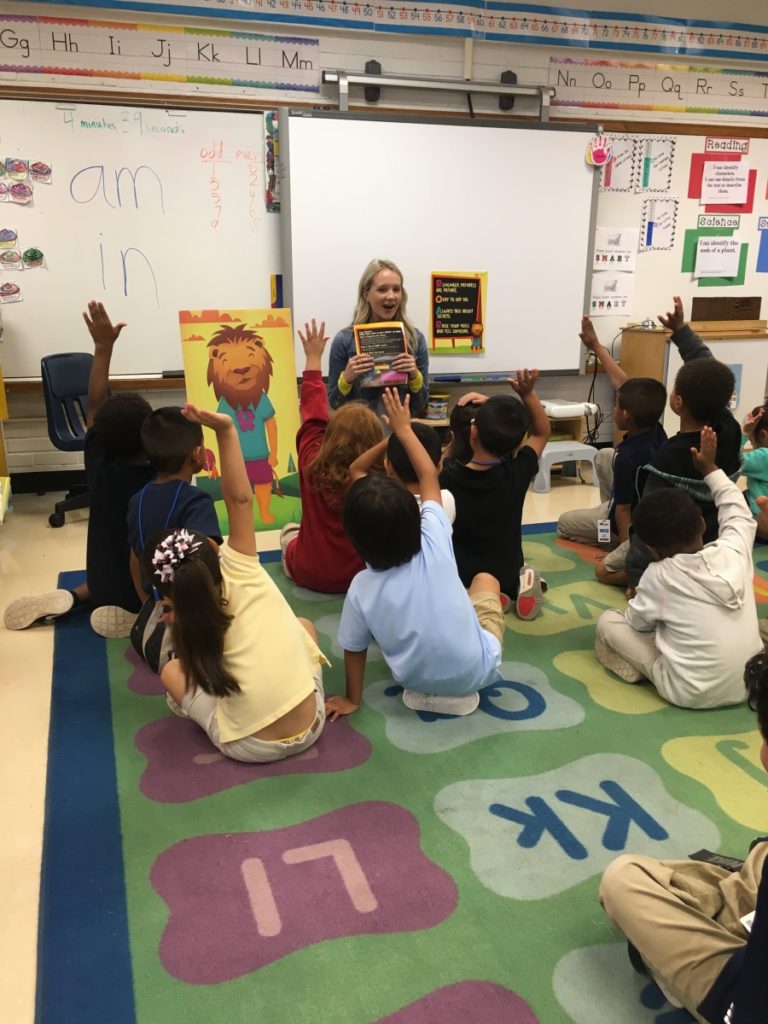 Criswell teaches her 4-year-old son to ask before hugging or kissing friends, and that he has a responsibility to help if he sees a friend disrespecting another child’s boundaries.

ROAR and Stop, Go, Tell teach children they can say no to any kind of touch, including hugs or kisses from family members.

“Kids shouldn’t have to give their aunt or uncle a hug if that’s not their comfort level,” said Stansel. “They can give a high five instead.”

Lynch said when parents force kids to participate even in “harmless” touches, it sends the wrong message, teaching children they must say yes, even when they don’t want to.

“Kids don’t disclose abuse because they don’t know it’s wrong, and we are teaching them that,” said Lynch.

Only one in 10 children reports sexual abuse, according to the Care Center, which is why ROAR participants identify three trusted adults to whom they can talk about anything. Of the more than 12,000 children who’ve had ROAR training since its inception in 2016, 22 percent have disclosed abuse, for which the Care Center offers holistic, multi-disciplinary care at no cost to families.

“Kids report that they are thankful for the information,” said Stansel. “They have questions and they’re getting them answered in a very age-appropriate way.”

Stansel said national studies indicate teens prefer to talk about sex with their parents, over friends and other trusted adults. Thrive recently debuted its new parent tool kit for discussing sex education and sexual violence with tweens and teens. The organization also offers parent workshops about how to talk with kids about sexual health.

“As parents, we want to shield and protect our children,” said Stansel. “But providing them with this information is so important.”

Talking to Kids about Sex

About the author: Erin Page began her writing career in elementary school, crafting books to be shared with classmates. After dabbling in pre-med, she returned to her roots and holds a degree in journalism from Oklahoma State University. Erin’s articles in MetroFamily Magazine have earned several Parenting Media Association awards. The lifelong Oklahoman is a recovering perfectionist turned chaos coordinator for the loves of her life, husband Jordan and kids Addie, Hutch and Weston. Erin is an avid runner, a fitness accountability coach and active volunteer for her church family. She finds solace in cooking, yoga and hiding from her kids to eat chocolate.