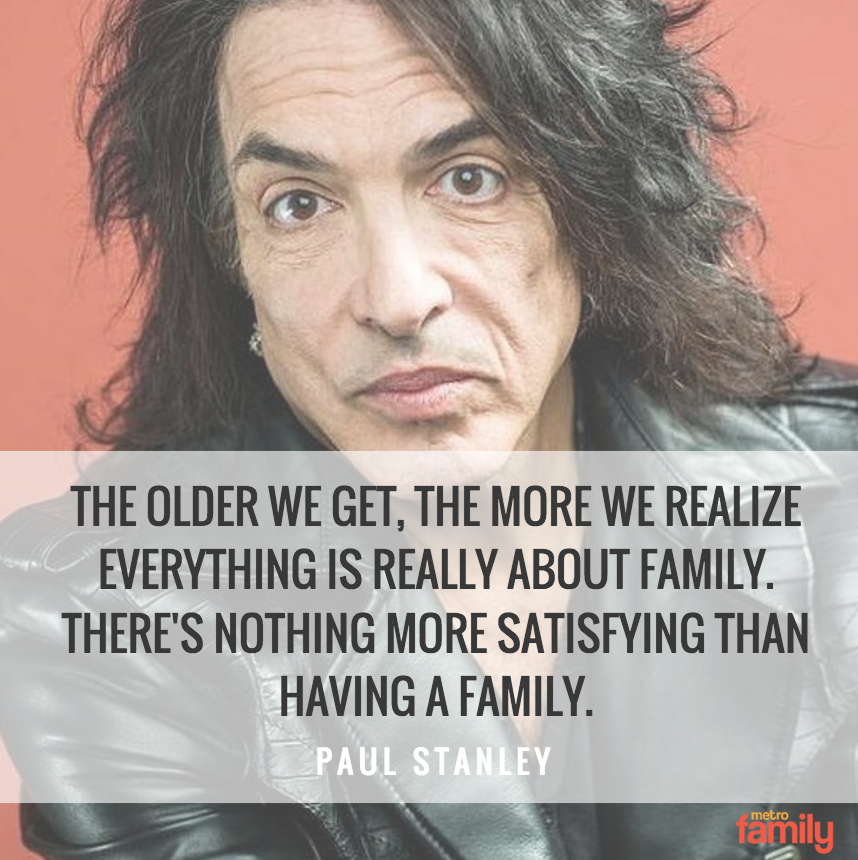 Although he’s best known as the frontman for the band KISS, Paul Stanley is a father of four who recently added restaurant franchise owner to his resume. He co-owns the franchise Rock & Brews with fellow KISS member Gene Simmons and the restaurant chain opened a location in Oklahoma City in late 2015. They’ll celebrate an official grand opening on Jan. 28. His first priority in setting up the restaurant was to make it a great place for the whole family.

“I have four children ranging from 4 to 21 years old. It’s been a full house and a fabulous experience,” he said. “There’s nothing that really comes close to being a family. The older we get, the more we realize everything is really about family. There’s nothing more satisfying than having a family.”

Rock & Brews features a play area for kids and a patio that welcomes pets.

“As I got older, I realized spending time with my children during the afternoon meant me having to eat something that tastes like cardboard served by someone dressed like a rat,” Stanley said. “I love the idea of being somewhere where my kids are having a great time and I’m getting to eat and socialize, as well.

The restaurant chain features comfort food and a rotating list of 80 to 100 craft beers. Stanley said he is proud to have created a restaurant that is a real part of the community. Rock & Brews serves menu items made with locally-sourced produce and supports local charities and initiatives. In fact, the grand opening event will kick off with a special luncheon to honor wounded warriors, active military and veterans.

An evening event will include a special presentation by Stanley and Simmons and a sampling of the restaurant’s food and beverages. Tickets are $100 and VIP tickets are $200 and proceeds benefit Honoring America’s Heroes, a non-profit dedicated to serving veterans.

The grand opening event will take place from 7 to 10 p.m. Jan. 28 at the restaurant, located at 2737 W. Memorial Rd. Purchase tickets at www.rockandbrewsokc.eventbrite.com.