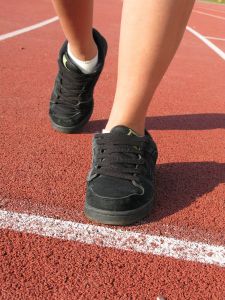 The movie, Lone Survivor, tells the story of U.S. Navy SEAL team leader, Marcus Luttrell, and chronicles his heroic efforts to survive the Taliban attack that killed all of his team members.

After suffering the loss of his close friends in the largest loss of life in Navy SEAL history, Luttrell crawled 7 miles over four days with numerous injuries to his body. As he fought for life, he mentally rehearsed two things—the 23rd Psalm and the warrior creed of the SEALS:

“I will never quit; My Nation expects me to be physically harder and mentally stronger than my enemies. I persevere and thrive on adversity. If knocked down, I will get back up, every time. I will draw on every remaining ounce of strength to protect my teammates…I am never out of the fight.”

This highly trained, battle hardened soldier faced certain death and thought, “I don’t know what to do anymore except keep going.”

Thankfully, most of us will never face life and death in a war zone. Yet we can learn from the mental toughness of this amazing American serviceman. Here is a guy who had passed the toughest training in the world, had the best and most modern weapons at his disposal and was a team leader of some pretty tough guys. Yet even he found himself at a place where none of that helped him, not who he knew, what he had been through, what weapons he was trained to use.

This warrior came to a place we all understand on some level—the only thing he knew to do was to just keep going.

Sometimes when we are going through difficult times, we think there is some magic answer somewhere that other people must know, that would help us get through if only we knew what they knew. We often sell ourselves short on the one thing of which we are all capable—we can choose to just keep going.

There is a lot of value in the struggles of life. It sounds corny, but it’s true. Sometimes as a counselor I ask people how they made it through such a difficult experience, only to hear those words—“I just kept going.” There’s not a magic formula.

Whatever you are facing as this new year dawns, give yourself credit for the amazing ability you have to just keep going. Remind yourself you are never out of the fight. You will persevere. You will never quit.

It matters that you keep trying. As one of the toughest guys on the planet could tell you—sometimes the battle is won by the person who “just keeps going.”