Pancakes are ready! Our Journey to Adoption - MetroFamily Magazine 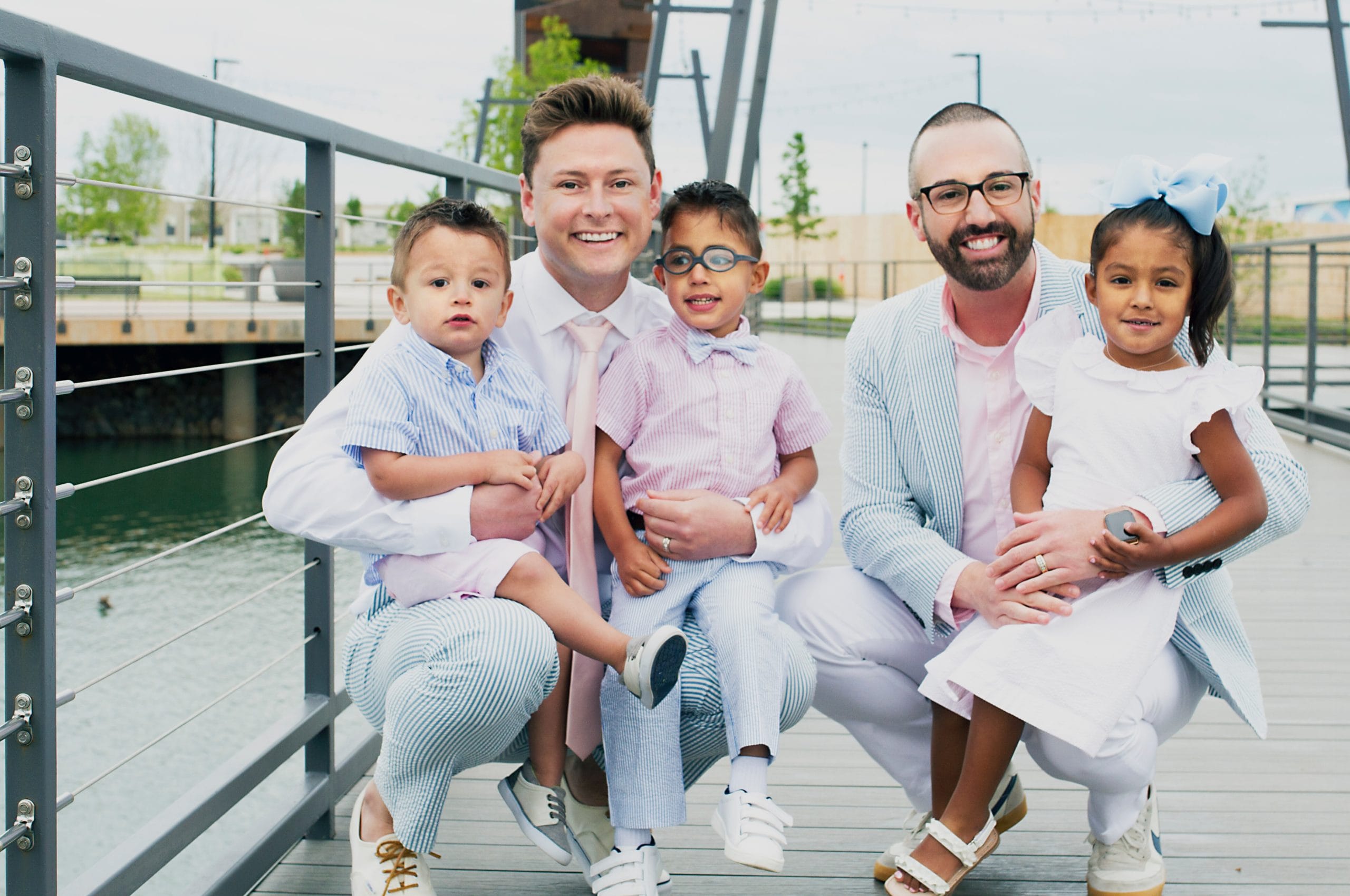 “Pancakes are ready!” is a phrase I say more often than I ever imagined but have come to enjoy as a parent of three toddlers — which is also something I did not imagine for my life. My husband Brett Hayes and I have been together for a decade and were married five years ago in Oklahoma City. Although we pursued our undergraduate degrees at the University of Central Oklahoma during the exact same time, our paths never crossed until our professional lives intersected.

Brett and I still work at the state agencies we served 10 years ago, his life’s work at the Oklahoma 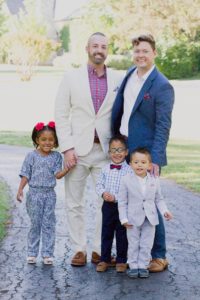 Department of Human Services and mine at the Oklahoma Department of Mental Health and Substance Abuse. The values that drive us to work toward the missions of these agencies are what ultimately led to our union and subsequently transformed us into a family of five.

Parenting is hard work. I’ve always heard this phrase but never understood what it truly meant until I was in the thick of it myself. Brett and I went from zero to three kids literally overnight. We discussed becoming foster parents for several years and finally decided to accept the challenge a couple of years ago.

The critical force leading us to make that decision is the core of our being, which is serving others. We just couldn’t shake the disconnect of professionally working to support our fellow Oklahomans, yet not fully embracing this in our personal lives, particularly since we ask the folks we serve to trust us with their most vulnerable and personal experiences.

So we did it. We signed up and completed the requirements to become a Choctaw Nation foster family with every intention of being a bridge between the birth family and reunification. We were all in; we opened our home and our hearts to the possibility of being a lifelong resource to the family we just met.

However, our story didn’t emerge exactly as we initially envisioned, but rather the way it was supposed to unfold. There were heartache and joy, frustration and realization, adaptation and finally adoption. Everyone involved with this experience had a lot of emotions during the year we fostered three beautiful children. Looking back on that experience now, I wouldn’t change a thing.

People often ask us about our experience as a same-sex couple becoming a foster family and then pursuing adoption. I get where that question comes from, but to my surprise people often expect 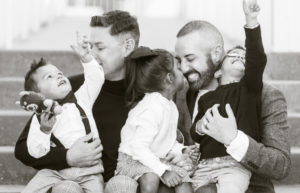 me to share some type of extremely difficult and discriminatory experience. That just wasn’t the case. We were embraced and supported the whole way through, from interactions with the court system, Tribal Nations, child welfare workers, as well as our own families and friends – we were always met with the utmost respect.

Can these two guys provide a loving, safe and healthy environment for these kids? Yes. That’s all anyone ever cared or questioned. The difference of having two dads that our family brings to the situation at hand is recognized and accommodations made without hesitation.

For example, at our childcare center instead of being excluded from a “Muffins with Mom” event, we get two “Doughnuts with Dad” opportunities. Even at the point of adoption, changing birth certificates to reflect us as official parents included either gender-neutral or two father options, both in the state of Texas and here in Oklahoma.

We’ve “officially” been the parents of our kiddos since October 2019, which was celebrated and always will be to its fullest extent. Parenthood hasn’t gotten any easier, but it sure has come with a lot of pleasant surprises, more than we could ever imagine. I’m sure there will be more phrases to use that will catch me off-guard as our family grows together. I just hope that the ones bringing us all big smiles outweigh the ones leaving us with sticky faces.

Heath Holt Hayes grew up in Lawton and now resides in Oklahoma City with his husband and three children, collectively referred to as the “A Team” — the twins, Ameliana and Amileo (5), and an energetic toddler named Achaffa (2). Heath serves as senior director of communications and strategic engagement at the Oklahoma Department of Mental Health and Substance Abuse, where he leads strategic initiatives, public relations and community organizing efforts.