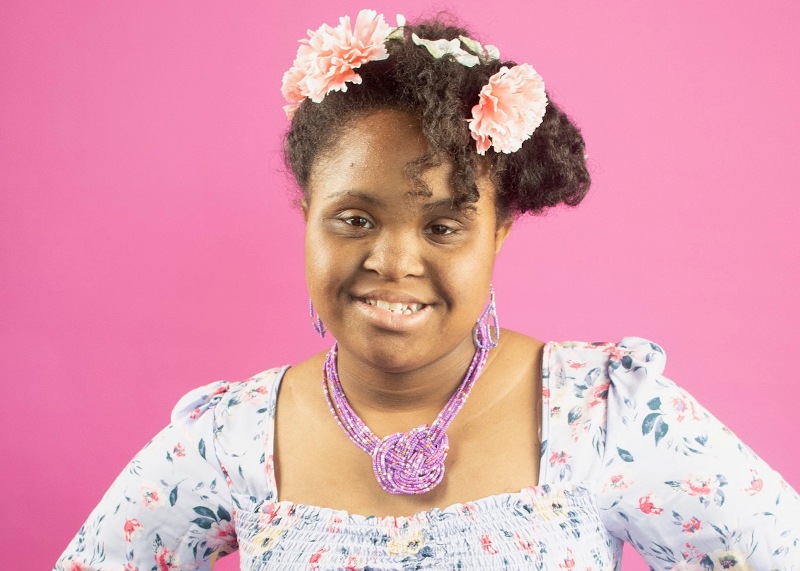 Courtney Gaines is living a life of firsts. Now a 16-year-old sophomore at Choctaw High School, when in elementary school she was the first from her class selected for Choctaw’s Jumping Jackets troop, performing jump rope tricks. She was the first Oklahoman chosen to participate in the Be Beautiful, Be Yourself Fashion Show, held in Denver, Colo., in November. Along with her mom DeAnna and brother Isaiah, Courtney is launching her own company, CloZet 21c, this spring to aid nonprofit organizations serving people with special needs and historically black colleges and universities. 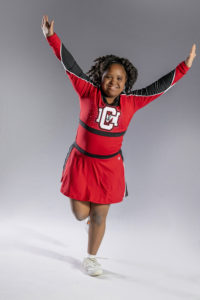 Courtney is active in JROTC, student council, choir and her church, happiest when surrounded by friends and family. She is an ambassador for Girl Trek, a nonprofit organization aimed at getting African American females engaged with physical activity. She works to encourage girls with special needs because, as mom DeAnna reports, the obesity rate is higher among this group because of
limited mobility.

All of Courtney’s work on behalf of individuals with special needs is personal. She happens to have Down syndrome, but the tenacious teen is determined to live her life in such a way that everyone she meets will only focus on her abilities.

“She has no fear,” said DeAnna. “I can’t think of anything she wouldn’t try. And she’s one of the friendliest people, always giving hugs and encouraging others.”

Courtney finds fun and fulfillment among typically developing teens, like on her soccer team, and with individuals with special needs, as she does on the Shining Starz cheerleading squad.

It was that belief in herself, along with her compassion and infectious smile, that cinched her spot in the Be Beautiful, Be Yourself Fashion Show. A fundraiser for the Global Down Syndrome Foundation, with proceeds benefiting medical care and research, Courtney auditioned for the show this past spring. Anyone with Down syndrome, age 7 or older, can apply, and 20 self-advocate models were selected for the 2019 show.

But Courtney’s favorite part of participating in the show was knowing the tremendous impact it makes on Down syndrome research and medical care, with close to one million dollars raised this year, according to DeAnna.

“It helps a lot of people, and I like helping people,” said Courtney. 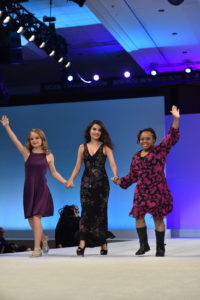 That same drive sparked the idea for Courtney’s company CloZet 21, launching in March. The company will sell clothing and accessories to raise money for causes dear to Courtney’s heart, with the first campaign supporting American Medical Refugees. Approximately three fundraising campaigns will be held each year, with 30 percent of profit aiding organizations agreed upon by the board of directors.

DeAnna sees the business as not only an avenue for Courtney to help others but also an opportunity for the teen, who’s been wanting to get a job since she turned 16, to further develop her work ethic. In addition to preparing Courtney for college, DeAnna wants to set up her daughter with a long-term meaningful career.

“She is more than capable of the operations of this type of a business,” said DeAnna. “She loves socializing with people, and this gives her joy.”

Courtney comes by her inner strength and desire to serve naturally, her mom setting an example in perseverance and determination. Courtney is the youngest of nine siblings, and her dad passed away three days before she was born. DeAnna had recently left her successful career as a parole and probation officer to return to school to get a degree in education. She faced the realization that she would be raising a child with special needs and had to find a new career alone.

It was her faith and church family that pulled her through hard times. She also found community through the Down Syndrome Association of Central Oklahoma and has excelled in her work in special education at Star Spencer High School.

“When you’re pregnant, you have [all] these plans,” said DeAnna. “When you find out your child has a disability it’s scary and you have to modify your goals. You gauge where they are and you reset [your] goals, just like with any child.”

DeAnna has always focused on Courtney’s abilities, helping her realize her goals and watching in awe as her daughter lives a fulfilled, inspirational life with no boundaries.

“People see me do things and it helps them to know people with Down syndrome can do more than they think,” said Courtney.