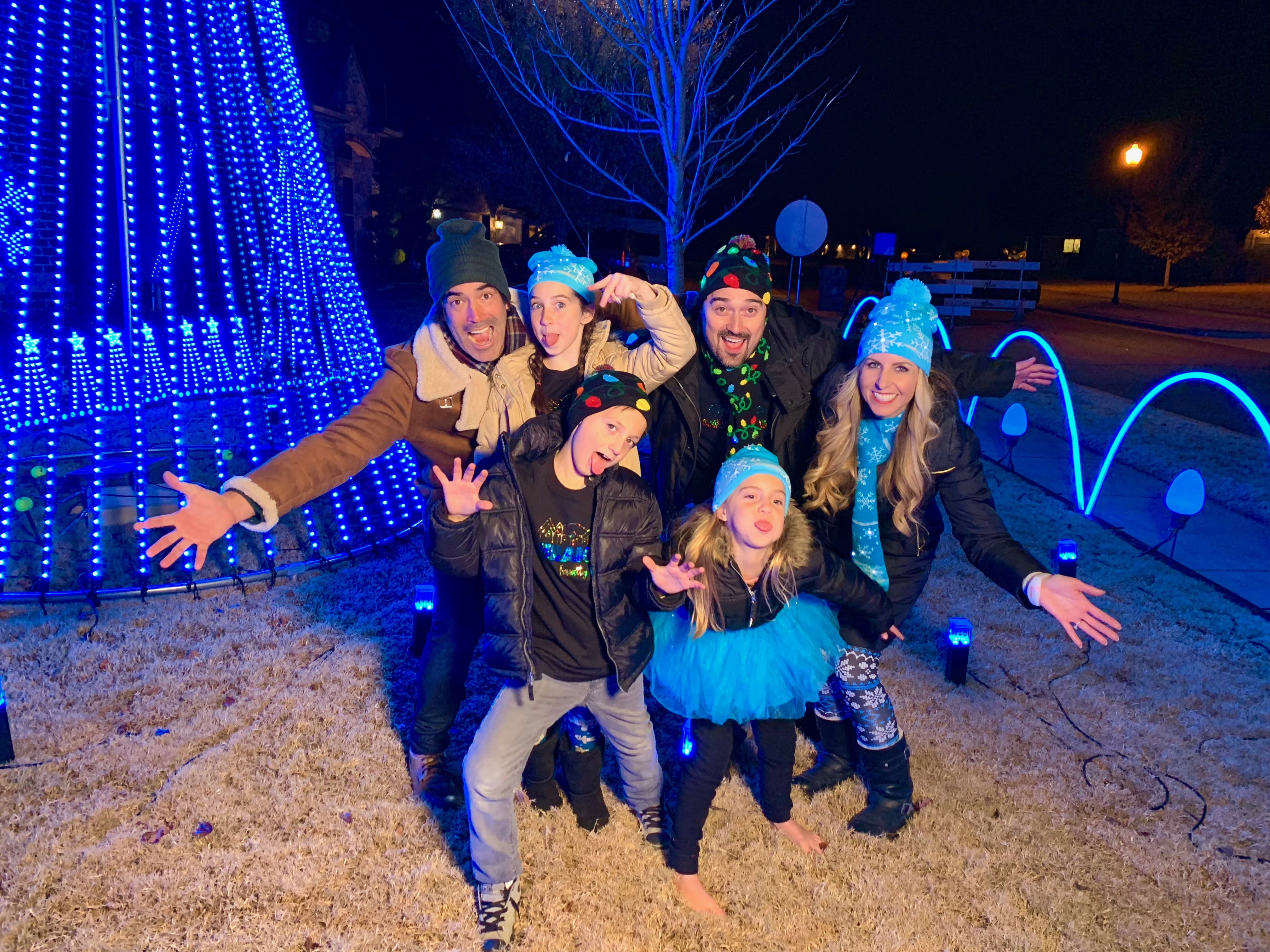 UPDATE: The Miranda Family Lights will be on ABC’s The Great Christmas Light Fight on Monday, Dec. 16 at 7 p.m. Central Time.

Edmond’s Miranda family combines 80,000 crazy bright lights in a rainbow of colors, multiple giant screens, funky singing Christmas trees and quite possibly the most original compilation of songs in a holiday show. Thanks to the suggestions of the family’s three kids, last year’s show included Pentatonix Christmas classics, along with favorites from The Greatest Showman and Snoop Dog’s rendition of Winter Wonderland/Here Comes Santa Claus.

The display is so delightfully over the top that ABC’s The Great Christmas Light Fight came calling last year. Filming took place during the 2018 holiday season in preparation for the family’s appearance on the show this month, only the second Oklahoma group in the show’s history, the first being Downs Family Christmas Lights in Norman in 2013.

The Mirandas wow with elaborate displays, intricate choreography and extravagant designs, but the reason they spend countless hours working on the display each year is spelled out in giant lighted letters in front of their home.

“It brings a lot of joy,” said Mark Miranda.

How it all began

In 2014, Mark Miranda marveled at a towering lighted Christmas tree in Edmond. He told his wife, Liz, he’d like to recreate something like it for their yard.

“Through the year he started researching, and the project went from a static tree to a tree with synchronized lights to lights on the house,” laughs Liz Miranda.

When Mark, an IT professional, discovered he could create a program to control the lights and add music, he was hooked. Liz, whose father had passed away earlier that year, jumped in to help with song selection and synchronization, incorporating songs her dad loved.

The Mirandas call their first attempt at a synchronized Christmas lights display in 2015 “not amazing.”

“We did all this work but we’d look outside and there were no cars enjoying it,” recalls Mark.

So the Mirandas stepped it up a notch, adding more strands, building arches for the display and ditching traditional lights in favor of LEDs in 2017. That was also the year both word of mouth and news media about the display exploded, bringing a steady stream of traffic that’s continued to grow over the seasons.

The Mirandas build and assemble the lights themselves, working countless hours throughout the year. They begin hanging lights the day after Halloween, with kids Mia, 13, Logan, 10, and Kylie, 8, helping set up and providing input on songs, images and sequencing to keep the show modern and kid friendly.

“We listen to Christmas music more than most families!” said Liz, who starts selecting songs in August. “We try to go for upbeat, uplifting and funny songs.”

The family works feverishly throughout November, with their goal being to open the day after Thanksgiving. The Mirandas could never have anticipated how an unexpected request would throw quite a kink in their 2018 season preparations. 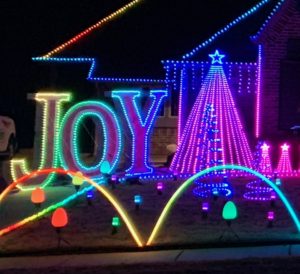 After a very busy 2017 season, the Mirandas got a Facebook message from a producer for the ABC show The Great Christmas Light Fight asking them to apply. The show, in its seventh season, features the most spectacular Christmas displays in America. In each episode, four families compete for a $50,000 prize and the coveted Light Fight trophy.

Having watched the past dazzling, dramatic displays, the Mirandas didn’t feel ready. But subsequent requests and a Skype interview with producers turned into an official ask last August to be on the show. Filming would take place during the 2018 holiday season and the show would air in 2019.

“There was a mixture of fear and excitement,” said Liz. “We had a family meeting to talk to the kids and make sure they were on board. They were excited and we were stressed out!”

With only a few months to get a festive show of primetime TV magnitude in order, the Mirandas started brainstorming, putting together new sequencing and asking family, friends and neighbors to help set up.

The Great Christmas Light Fight filming was on Nov. 20, 2018, which meant not only did the show have to be up and running earlier than usual, but it also had to go off without a hitch. It wasn’t until about 30 minutes before filming that the show worked in its entirety.

“Things weren’t working and we had a lot of technical difficulties with the big screens,” recalls Mark. “We pulled it off at the very last minute, when crowds were already starting to form [to watch filming].”

The days of Mark looking out the window to see a street devoid of cars are long over. In fact, the Mirandas now need signage and cones to direct traffic. The Mirandas’ kids can often been seen going from car to car to pass out candy canes and thank viewers for coming.

“We get so much positive feedback,” said Mark. “People write us letters or send messages to say they are having a hard time but [our show] made Christmas better.”

To give back to the community that’s been so supportive of them, the Mirandas began taking donations for the Regional Food Bank of Oklahoma last year, a charity they serve as a family.

“Anytime we stress out or wonder why we are doing this, we think about how [the light display] brings a lot of joy,” said Mark. “And collecting donations for the Food Bank just brings even more good out of it.”

Editor’s note: The Great Christmas Light Fight will run on ABC this month. At the time of publication, the specific date on which the Miranda Family Lights will be featured had not been released. Please visit www.metrofamilymagazine.com/miranda-family-lights for updates!

What you need to know:

• Enter on 196th/Talavera. Pay attention to the cones and signs as traffic will be one way in front of the home. Pull forward in the viewing area so as many viewers as possible can enjoy the show. Please don’t block driveways!

• Tune car radios to 106.1 FM, or open
car windows to enjoy music directly from the display.

• Visit early in December during the week if possible to avoid large crowds and enjoy the full version of the show.

• Weekends and the week leading up to Christmas are typically crowded with the shorter show playing.

• To avoid traffic altogether, park your car down the street and walk up to the display. The music is always playing outside so families can enjoy the show up close and stay as long as they like.

• Come back after Christmas as the show will change with popular non-holiday songs through Jan. 1.

• Visit www.facebook.com/mirandafamilylights for a map and weekly show hours. 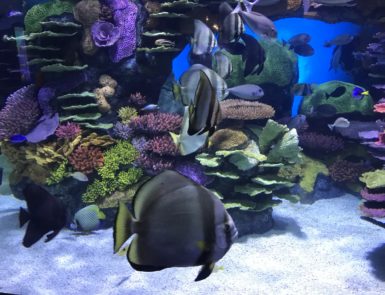 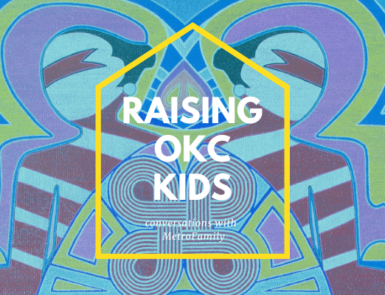 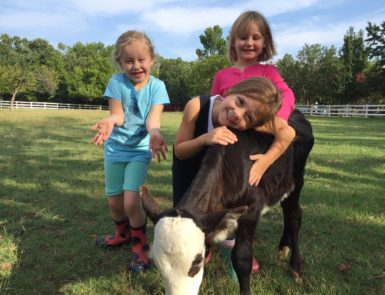