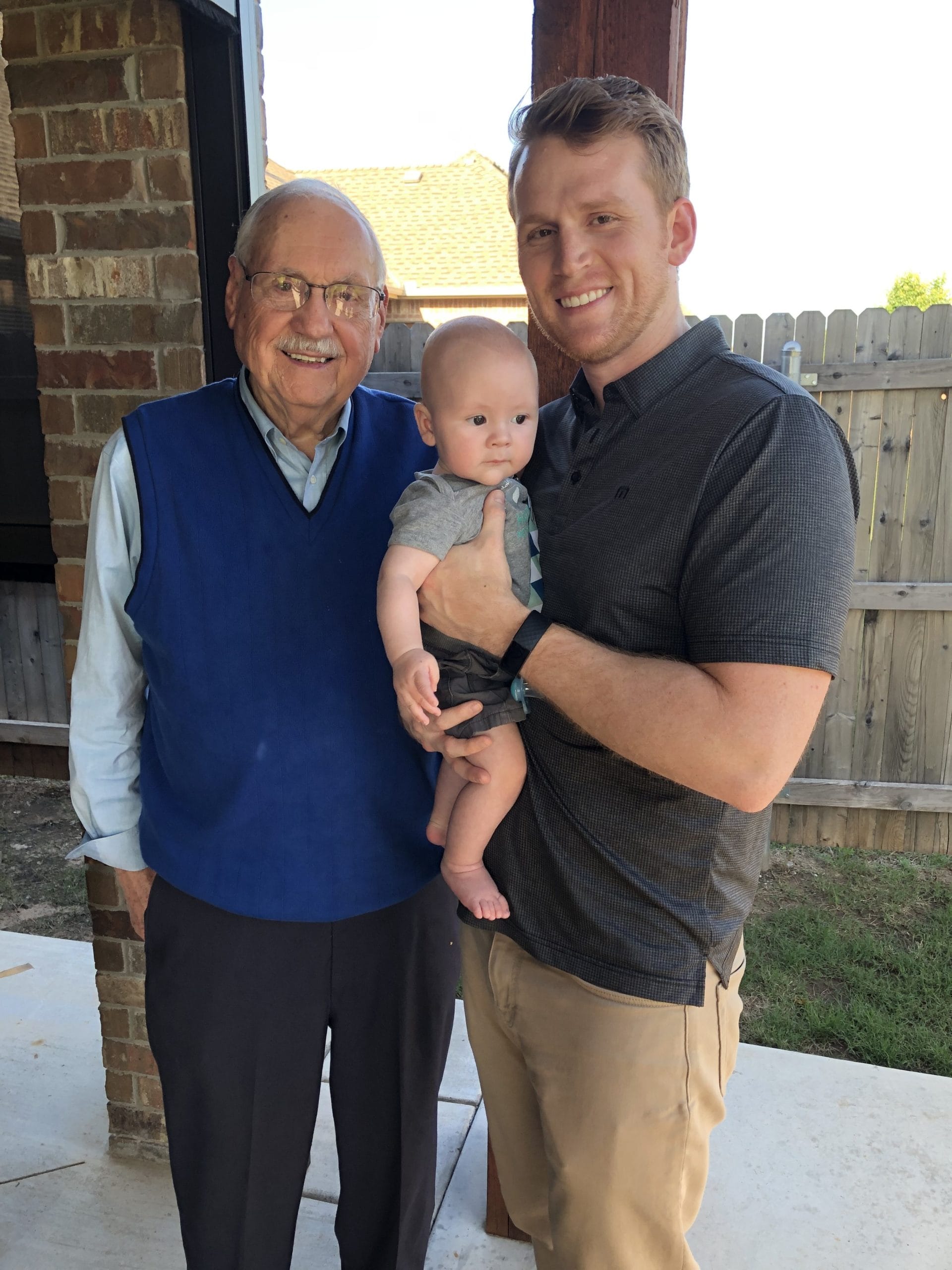 My wife Carolyn and I were blessed with three wonderful, healthy children – two girls and a boy. Then came four grandsons, who are now 34, 31, 15 and 13.

For many years we had looked forward to having great-grandchildren, but tragically Carolyn died in early 2018. That was before our first great-grandson, Jimmy, arrived in December 2019. His dad, second-oldest grandson Andrew, and mom Kirsten thankfully live nearby in Oklahoma City. Our family immediately loved this cute little bundle and visited him frequently until you-know-what happened (COVID-19).

Then we had a blockbuster piece of good news. We were all delighted to learn that eldest grandson Adam and wife Lacey were expecting boy-girl twins! In April of this year, two tiny, beautiful creatures named Thomas and Addison made their appearance. They are now at home in Edmond and have changed the lives of us all – especially their parents, of course!

So there you have it, Great-Grandkids. This letter is to you. Your loving grandparents and special aunts and uncles can write their own letters. This is just between us four – Jimmy, Thomas, Addison and Papa.

Father’s Day is an appropriate time to share this information with you. By the time you are old enough to read it 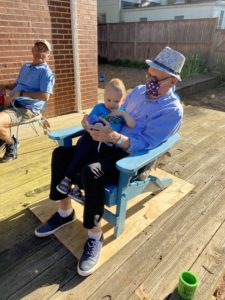 for yourselves, I will probably have passed on to the next level. If so, I hope your parents and grandparents will take the time to share my thoughts with you and that you can find some value in them.

First, I pray to God that our world can become less divided as you grow into adulthood. There just seems to be no middle ground today. The political divisions are so drastic that it’s difficult to read a paper or watch a newscast when someone is not criticizing or blaming someone else for all our problems. It appears that the word “compromise” has been deleted from the English language.

I also pray that none of you are forced to wear a military uniform unless you want to. Our family has been fortunate in that none of us has had to fire a shot in anger or be shot at in anger. Some of us have served in the military but luckily not during wartime.

When you get to school, your history books will surely describe the horrors of what has become known simply as 9/11. Since that horrendous day, it seems that the nation and the world soon began a downward trend from which it has not recovered. Right after the atrocity, there was a sudden burst of patriotism throughout our nation. Most political rivalries were put aside for a period. There was even some usage of that rare word “compromise.” Now 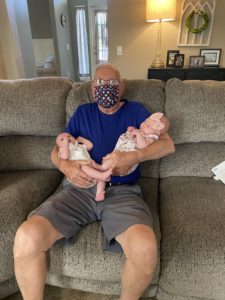 we know that didn’t last long until there was a return to mass confusion and chaos.

Then, as if there wasn’t enough rancor to keep our attention, the world was hit by a dreadful virus known as COVID-19. It there’s anything positive about the pandemic, it’s that it has stolen some of the headlines from all the other negative concerns of the day.

Finally, I’m celebrating this Father’s Day season by admiring you three amazing additions to our family. Now I’m watching you grow up through the magic of video technology. But I can hardly wait until I can take off my mask and park you on my knee for endless horsey rides.

Dow Dozier is a life-long Oklahoma resident and his love for our state shows. He held many communications and media jobs throughout his long career, the success of which allowed him induction into the OU Journalism Hall of Fame. He now enjoys the retired life: golfing, playing for the OU alumni marching band, sounding Taps at military funerals, traveling and loving on his grandkids and great-grandkids.