Tucked in the southeast corner of Oklahoma, past the beautiful vistas of Lake Eufaula is a peaceful, yet adventurous place. Described as a relaxing hideaway in the land of the outlaws, Robbers Cave State Park gets its name from the hideout for a notorious group of bandits storied to be led by the outlaw Jesse James and other desperados in cahoots with local outlaw Belle Starr. The park’s legendary history blends the myths of the Wild West, tales of the Civil War and the saga of America’s westward expansion among the breathtaking landscape of the Sans Bois Mountains, a frontal belt of the Ouachita Mountains in southeast Oklahoma.

Almost as if ripped straight from the pages of a classic western, the park’s secluded location, wooded pathways and proximity to historic Texas and California roads paved the way for the tales surrounding the park’s infamous beginnings. While no documented evidence exists, many travelers on local roads often reported robberies during the post-Civil War era. During this period, James’ activity in the area was at its height and Belle Starr, who was known for harboring outlaws, lived in a cabin about 20 miles north of Robbers Cave. The combination of fact and fable shrouded the area in the legends that exist to this day. 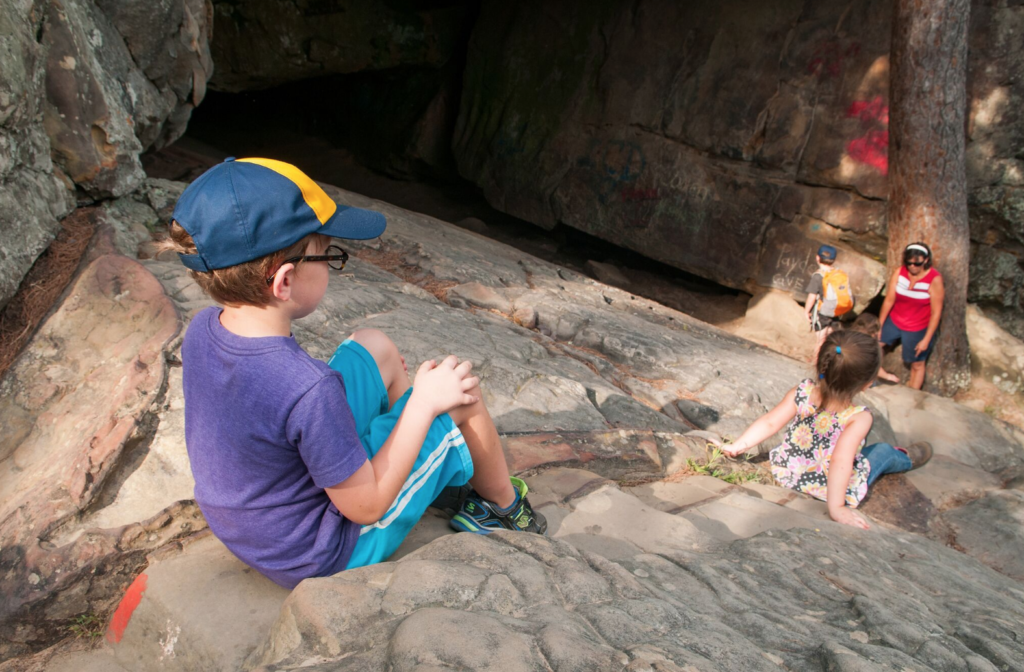 However, the area’s origins date much further back in time. Long before the likes of Belle Starr and Jesse James roamed the park, the mountains were home to Native American tribes linked to the Spiro culture and later to Plains Indians. Taking advantage of the meandering streams and sheltered valleys in the region, the Osage and Caddoan tribes are known to have used the region as a seasonal home and bison hunting ground.

As native America and the time of the cowboy outlaw passed, more permanent settlers came to the area and made their homes among the lake and pines. By 1926, the area had begun its transformation into what it is today, a hub for recreation and nature exploration. In 1935, Robbers Cave officially became a state park. Today, the park combined with an adjoining wildlife management area offers more than 8,000 acres of a wealth of outdoor discovery and fun. A favorite of rock climbers, equestrians and hikers, adventure abounds including trout fishing, hunting, miles of hiking and equestrian trails and rugged cliffs for climbing. Visitors can take a naturalist-guided cave tour or hike or can simply choose to head out alone. For hikers or anyone visiting the park, trails are clearly indicated by color-coded markings to direct your path.

Though paths are typically well within the park’s borders, many are readily accessible from the main road. A must-see trail leads visitors straight to the park’s most popular feature, Robbers Cave. There are three routes to choose from, so hikers can tackle the pathway that best fits their abilities. The red path is the most direct approach to the cave but requires the most skill as the steep grade can be physically challenging at times. For less seasoned climbers, the blue and orange routes offer an adventurous trek up a moderate grade. The entire trail takes about an hour to hike, making it a perfect family excursion. The rocky terrain and sandstone cliffs provide an amazing view of the gently rolling forest covered mountains. While on your way to or from the cave, be sure to keep an eye out for the Stone Corral where the gangs were rumored to stow their horses while they hid in the cave itself. 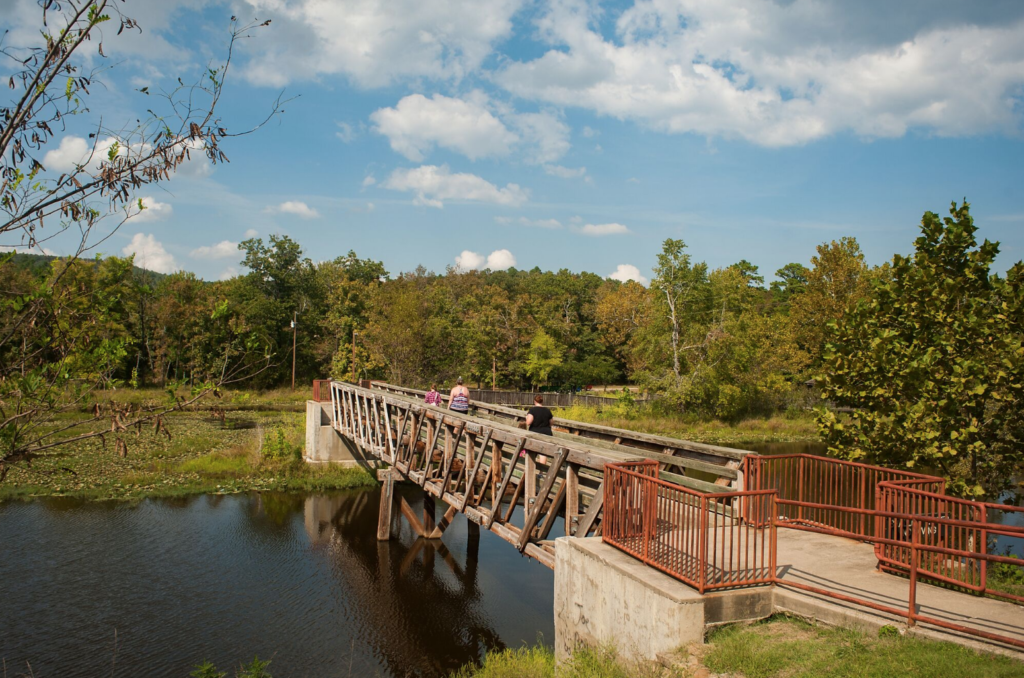 Robbers Cave State Park offers a plethora of activities to keep the whole family entertained from mountain biking, canoeing, paddle boats, aqua cycles, hayrides, playgrounds, pony rides and equestrian trails as well as swimming, bird watching, miniature golf, disc golf and more. Most of the paid activities are $4 a person but there is plenty of free fun to be found.

Fishing enthusiasts have three lakes to cast their lines into and can even enjoy a naturalist-guided Hillbilly fishing activity. The activity is $3 per person and a naturalist will show visitors how to rig a pole and reveal a prime fishing spot.

The Belle Starr Express is a trackless train that takes riders on a 30-minute scenic trip through the park with a stop at the old generator building that used to power the entire park until the 1970s. Late winter is a perfect time to catch a glimpse of the majestic bald eagle nesting at the park. Horse, boats and bike rentals are available seasonally. The Nature Center staff will educate your family about the local fauna and the gift shop is stocked with unique items to commemorate your trip from miners’ helmets to pressed pennies and shirts. A small grocery store and concession stand are stocked with necessities and treats. The rangers are very knowledgeable about the area and are very happy to share little-known features, park secrets and additional details of the park’s legends. Learn more about all the park activities by calling 918-465-2562 or stopping by the park office when you arrive. 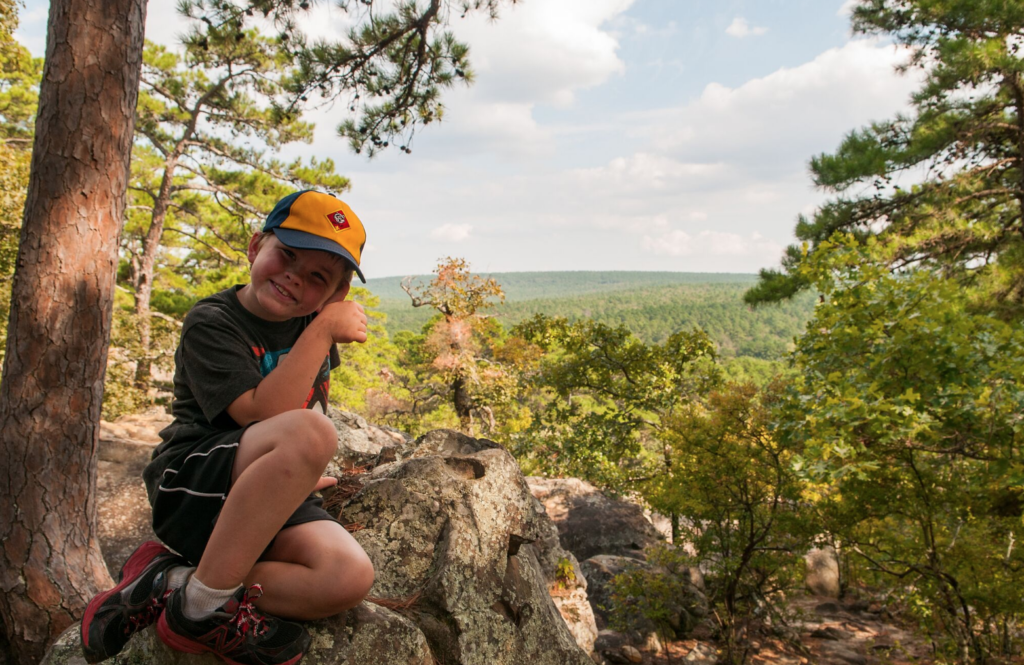 In addition to tent, RV and equestrian camp sites, the park has the 20-room Belle Starr View Lodge and 26 single and duplex cabins as well as two group camp facilities, allowing for year-round stay opportunities and comfortable amenities. Each room of the lodge features an impressive view of Coon Creek Lake and the forested valley below, two double beds, a coffee maker, microwave, mini-refrigerator and satellite television. The cabins offer similar perks and have additional amenities such as a fireplace and cooking utensils.

While Robbers Cave State Park has a wonderfully-secluded feel, it’s easy to extend your trip with the numerous nearby attractions including several museums, other state parks and even a ghost town in the former coal mining settlement named Adamson, located between McAlister and Wilburton. In fact, Wilburton is just five miles from the park and quickly accessible if the need arises.

[Editor's Note: Many thanks to our sponsor, Bob Moore Subaru, for providing a vehicle for our writer and her family's trip to Robbers Cave.] 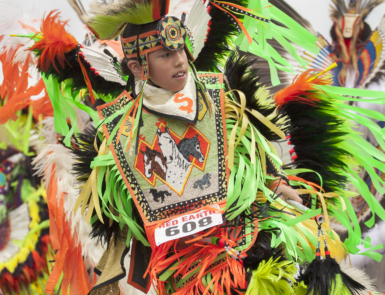 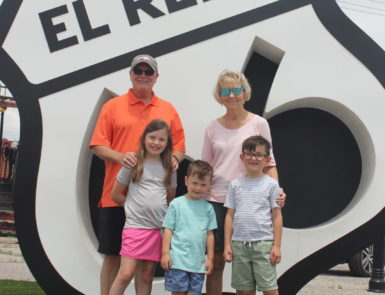 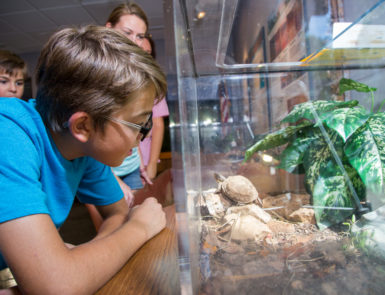