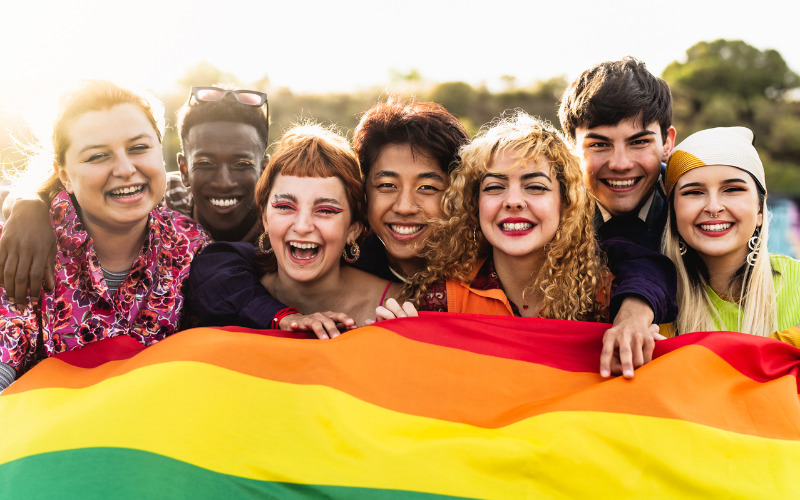 The world is changing so fast that it can be difficult to keep up with all the new knowledge and language, especially when it comes to our understanding around gender diversity. Add in the fact that our kids may have lots of questions and our anxiety level goes up exponentially! The good news for us as parents is there are a lot of resources for families to learn to navigate this topic.

Get started on the learning journey with the following common questions parents might have about gender diversity and tips on how to navigate these conversations with kids. Let’s go!

What is gender identity?

What is the difference between gender identity and sexuality?

Now that you are equipped with foundational language, let’s consider how to have conversations about gender diversity with kids.

What do I do if my child doesn’t want to play with toys or wear clothes that are common for their assigned gender?

Certain toys, clothes and even colors have been commonly associated with certain genders. It is important to remember that this is created by our society and culture but has nothing to do with a person’s gender identity and sexuality. Pink is not a “girl color;” trucks and cars are not “boy toys.” Kids choose their favorite toys, clothes and colors based on what looks fun or attractive to them. If your son picks up a doll to play with, don’t make a big deal out of it. Let him play freely and, most importantly, let him just be a kid. If your daughter would rather play with toy cars and wear “boy clothes,” let her! At young ages, kids just want to have FUN! They are not thinking about sexuality or gender identity. By making a big deal out of these choices, we are placing the burden of our baggage on them.

What do I do if my child tells me they are transgender or non-binary?

The most important thing you can do as a parent of a transgender or non-binary child is believe them and accept them for who they are. Studies show that children who are allowed to express themselves as the gender they identify with are less likely to be depressed and less likely to attempt suicide. If you tell your child they are not who they tell you they are, you are telling them that you don’t trust them and are not willing to affirm their feelings. This refusal is more about how we feel and our own discomfort. To avoid reacting to your child out of fear and confusion, seek the support of a counselor and other parents of gender non-conforming children. This will go a long way toward supporting your child’s mental and emotional health.

How do I teach my child to accept people regardless of their gender identity?

As with most things, the best thing we can do for our kids is set the example. Accept the people in your life who are gender non-conforming without shaming or passing judgment. When you are watching movies or TV shows with gender-diverse casts, use affirming and positive language and encourage your child’s curiosity. Treat people with dignity and respect. Demonstrate this to your children and they will follow suit.

Find additional resources for parents and caregivers at thriveokc.org.