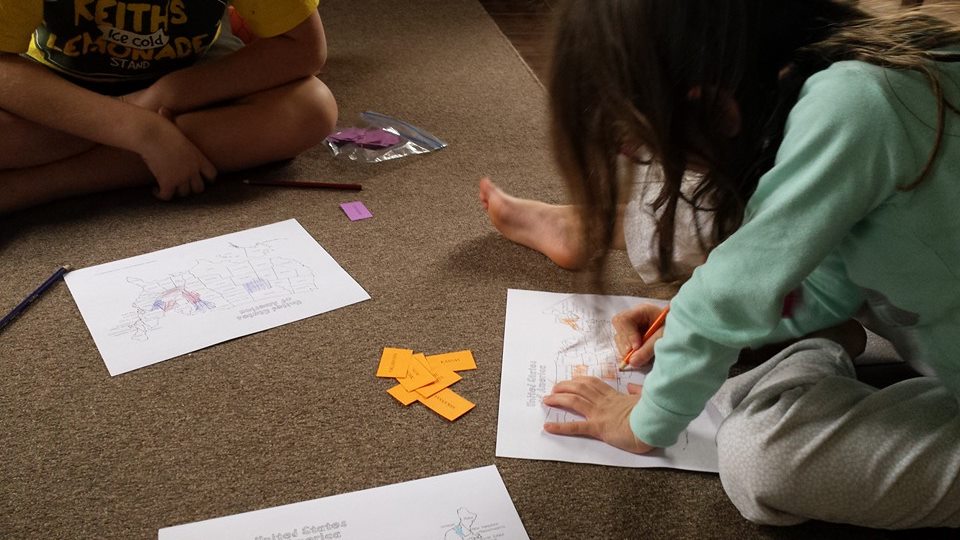 When I was gearing up to start the second half of our school year I decided I wanted to add in some learning games on a regular basis. Sure, we use games from time to time, for school and for fun. But we have a lot of games on our shelves that were going unused and we also had some skills that we needed to be reviewing more consistently. I decided to come up with a game plan, literally.

Because consistency is definitely not my strong point, I planned a theme for each day of the week. Partly this is because I can't escape my elementary teacher personality and partly it's because I've found that if I have a regular theme or plan, I'm much more likely to follow through on it. So, we have Mathematical Monday (math games, obviously), Traveling Tuesday (geography), Word Game Wednesday and Thinking Thursday (logic or reasoning games and puzzles). Friday I don't plan anything since we usually either have zoo class or co-op or other events.

Since we started this in January we've had several days we've missed due to house showings and the flu and helping my grandma in her new apartment and all of those other things that pop up. I've kept on with it, though, just starting back the next day we can, and we have all really enjoyed it. My kids are five years apart, so usually they're working on different things, and they both really enjoy this one on one time. We have found some games that they can both play and learn from, though, which has been nice on the days when we're pressed for time!

Having a game (or two) for each day of the week can get time-consuming, but I've been doing my best to use things we already have around the house and that don't require much prep time on my part. Over the next few weeks I'll share some of the things we've used and enjoyed so maybe you can find some fun new ideas to help you through these last few months of the school year!