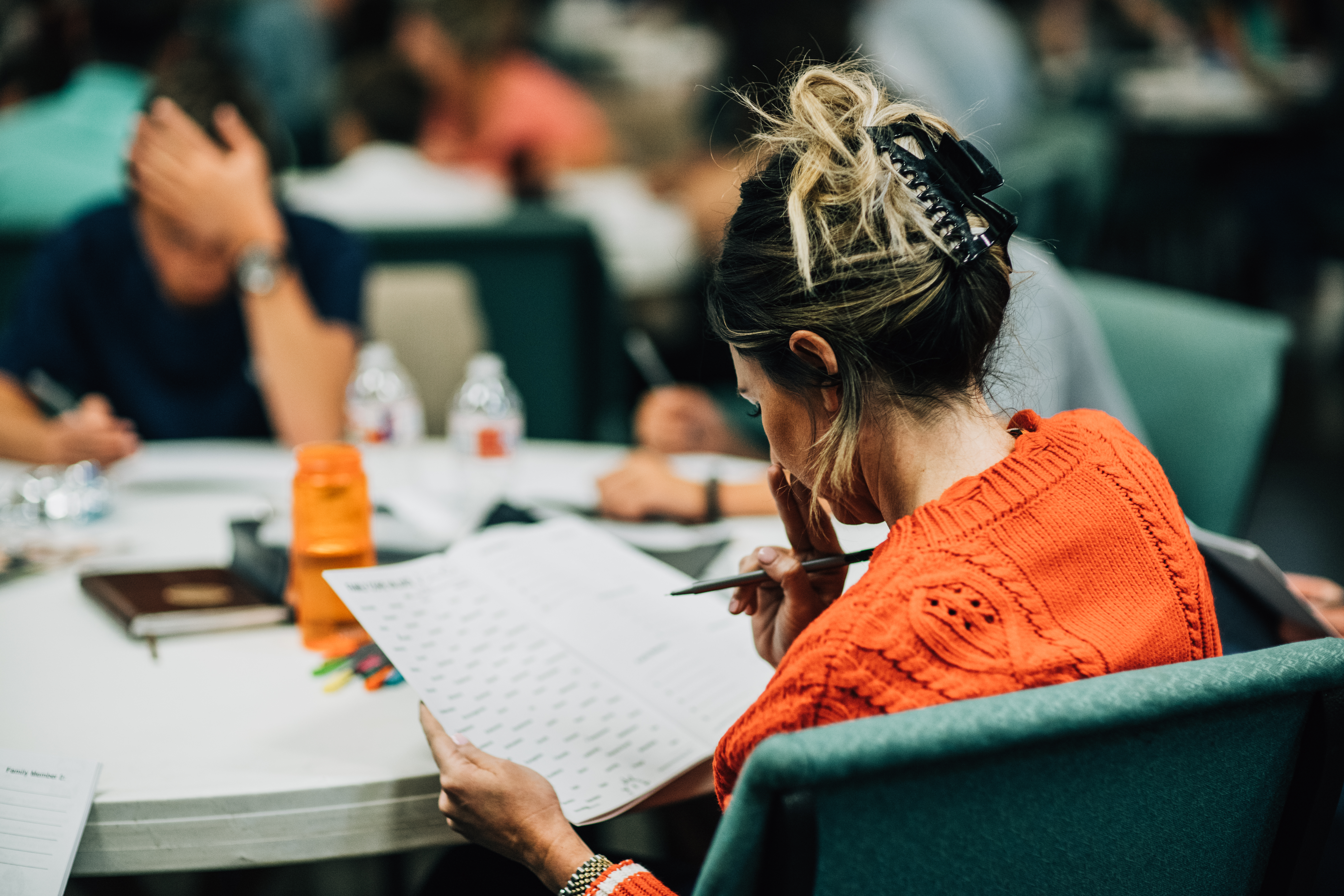 Siblings without rivalry … kids who respond graciously to the word “no” … teens choosing family over outside influences … sound too good to be true?

Greg Gunn, founder of Family-iD, has discovered these seemingly-utopian ideas can be realities for any family. A self-proclaimed goal-setting fanatic in his business life, more than 20 years ago a friend challenged Gunn to a new kind of goal setting, for his family. Greg and wife Rhonda wrote a vision statement for their family and considered goals for each of their children, with the kids’ input.

“Some things were practical, like brushing their teeth without being asked,” said Gunn. “Others were things they wanted to accomplish that year.”

The experience was so positive and profound the Gunns wanted to encourage other families to do the same through goal-setting workshops.

Family-iD was born in 1996 and became a 501(c)3 in 2003. Gunn sold his financial services company in 2009 to focus full time on helping families become more intentional in planning their family and parenting successes.

“As parents, most of the time we take things day by day, dealing with things as they come and hoping it turns out for the best,” said Derek England, administrative director for Family-iD. “But the most important and successful things in life take incredible intention, sacrifice and direction.”

England’s family attended a Family-iD workshop seven years ago and it drastically changed how they approach life. In the workshops, families identify shared values, set goals and learn how to put each other first. Involving everyone in the family, kids too, in that planning process creates ownership and a shared vision for moving forward together. That intentionality then influences behaviors for everyone in the family.

“When a family has a vision or core identity, then behaviors become acceptable or unacceptable based on that,” said England.

To start the process, the entire family attends a Family-iD workshop together. Each person writes his or her personal values and then together families identity their core values as a group. Deep conversations often ensue about why the family values things like kindness, responsibility or faith. 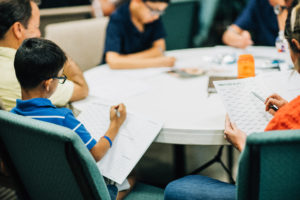 “There is a level of relationship and conversation that just wouldn’t happen without knowing [the core values],” said England. “Then it becomes this basis for communication, like when you sit down with your son or daughter to talk about something that’s gone on at school and you can look back at [the values] they wrote down; that is gold.”

Gunn encourages families to review their shared and individual goals regularly, but even families who admit they forget to do so have later said their kids were still able to accomplish their goals.

“Even just writing a goal, there’s power in that,” said Gunn. “It helps kids learn to be intentional and become goal setters, which will help them be successful in life.”

Beyond identifying shared values and goals, families spend a great deal of time considering sibling relationships and what it means to be an interdependent family. According to England, how siblings treat each other in the home is the basis for all other relationships they will experience in life, especially as they eventually seek out a life partner. England calls unresolved sibling rivalry one of the greatest threats to family interdependence and “as serious as burning the house down.”

“Everybody in a family should be able to turn toward each other to get their identity needs met by the family,” said England. “If those needs are met, who I am, what I’m about, that I’m seen, heard and valued, they won’t turn to get those needs met outside the family.”

While kids and their relationships with each other will never be perfect, by focusing on the principle that siblings should treat each other better than their best friends and not allowing siblings to intentionally be mean to or hurt each other, the family bond is strengthened and kids are less likely to succumb to negative peer pressure outside the home.

Another key parenting issue addressed in Family-iD workshops is teen rebellion. England says parents who are willing to be vulnerable and admit when they are wrong goes a long way toward building a relationship of trust.

When requiring children in the home to treat each other with respect and kindness, parents should remember the same holds true for them. England laughingly says teens are always willing to help keep parents accountable for their actions and behaviors, another positive step in helping teens feel valued and respected.

Gunn advocates role playing with kids of all ages, teaching key principles like conflict resolution and forgiveness in times of non-conflict, a practice his now-grown children remember with fondness and laughter. His adult children often attend workshops to serve as positive examples for families that intentional parenting does make a difference in the long run, even if it’s hard to see whether kids are really understanding what parents are teaching them in the short term.

“When you are continually giving [your kids] moral and practical reasons, eventually it gets in there,” said Gunn.