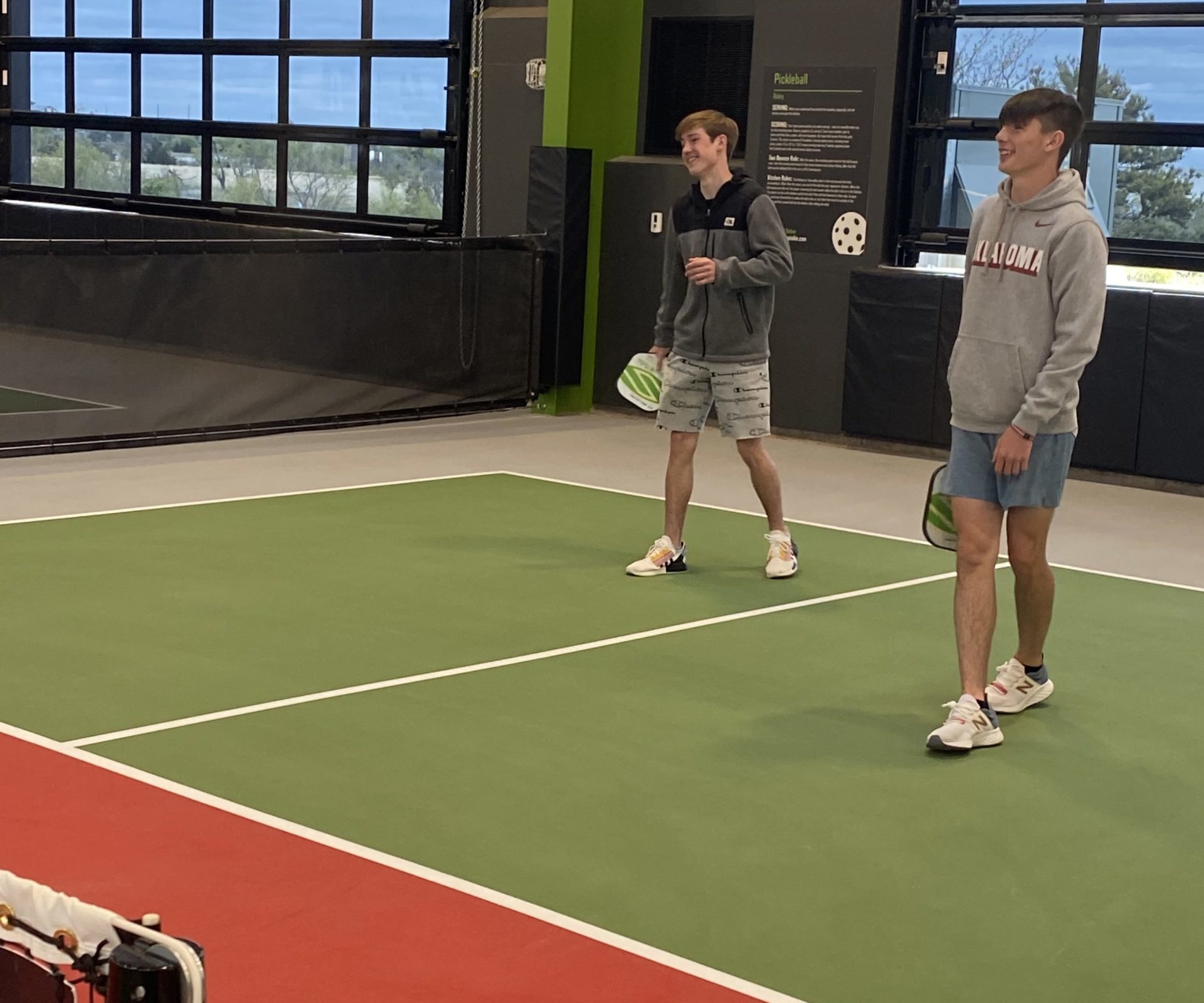 Amy Greco loves everything about her newfound love except for one thing – the name. 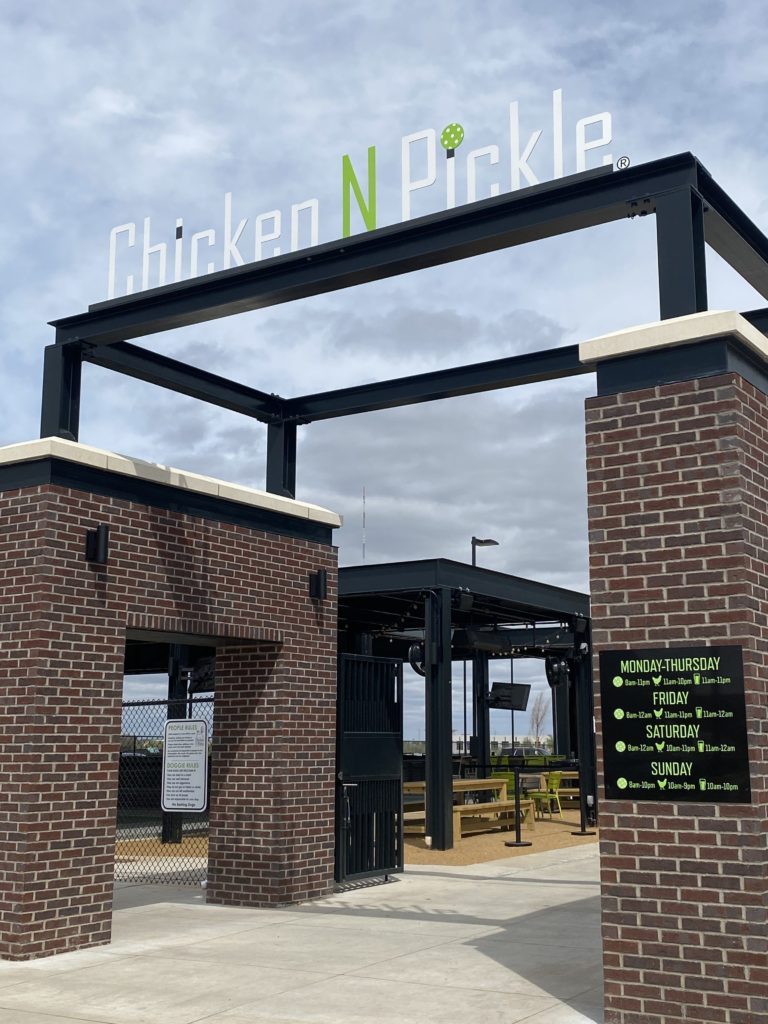 “The name has pickle in it so it can be a turn-off for some newcomers to take the sport seriously,” she said.

The sport’s engagement has surged over the past few years, making it one of the fastest sports in the nation. Older players find the sport much easier on their bodies than, say, tennis. According to the USA Pickleball Association, nearly three million Americans play pickleball at least once a year.

If you combine tennis and ping-pong together, you would get pickleball. The court is small. Technically, three pickleball courts could fit onto one tennis court. The racquets are very similar to ping-pong paddles and the net is two inches lower than a tennis net.

Some have nicknamed the sport – “tennis for couch potatoes” or “easy ping pong.”

My sons and I are hardcore tennis players, so when the new restaurant and sports complex, Chicken N’ Pickle, opened, I was eager to visit. As a restaurateur, I was equally interested in checking out the regional chain’s food. So that’s exactly what we did first. 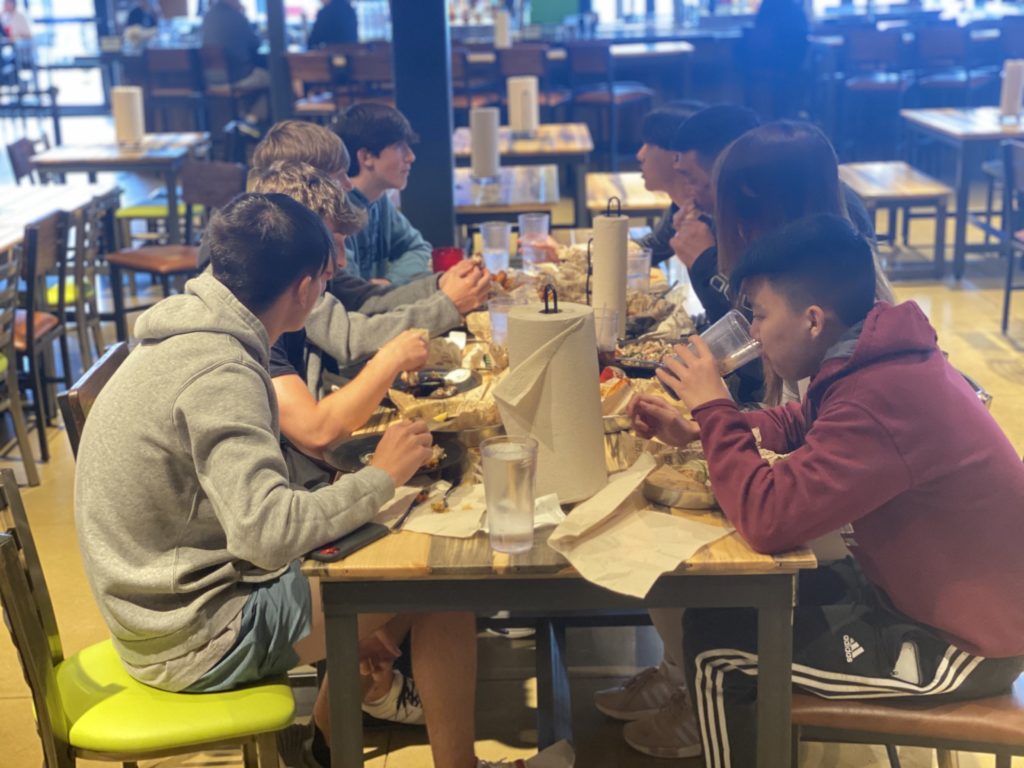 Chicken N’ Pickle acts differently than any other restaurant concept I’ve been to. We ordered and paid at the counter, took a number, and the food was brought to us. Okay, so that’s not strange, it’s basically fast, fresh casual. A few minutes later, we were greeted by our ‘server.’ She informed us if we needed any more food or drinks, we could order through her. We all devoured the wood-fired chicken wings which were comparatively similar to a fair-style turkey leg, my husband remarked. When we were done, our server prompted us to ‘check out,’ but since we paid with cash and didn’t order anymore drinks or food, we didn’t need to.

Afterward, we headed to the indoor pickleball courts. In total, there are six indoor and four outdoor courts. Two of the outdoor courts are covered which I thought was a nice touch. We rented out paddleboards and balls, and then took to the court. The boys had a lot of fun, and Kobe, my middle son, caught on really fast. The place was very busy, so if you go, be sure to pre-book ahead of time. 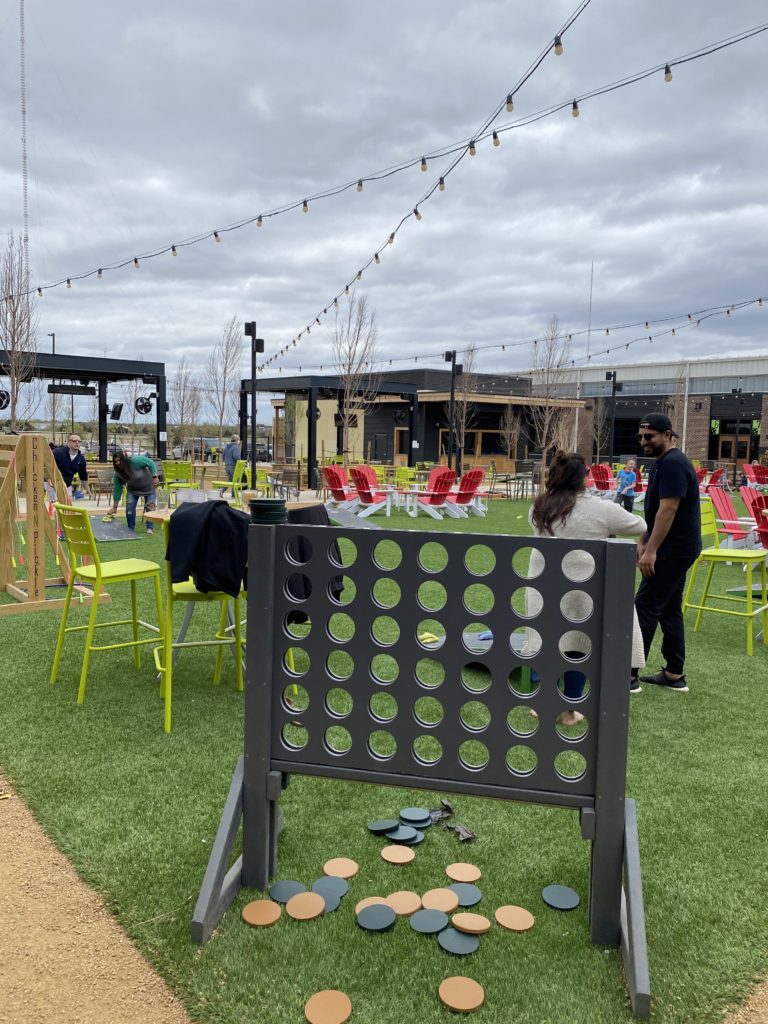 If pickleball or the food doesn’t interest you, there are plenty of indoor games and lawn activities to keep a whole party entertained including bocce ball courts, shuffleboard courts and a giant checkers game. Not to mention there are two alcoholic bars serving a variety of drinks including craft beer. The place is modern, sprawling with yard games and activities with plenty of seating indoors and out.

This type of restaurant and sports complex was perfect for my family, as we are a very active bunch. We’ll definitely be back.

Mary Nhin is a local mom, business owner and author. Her children’s books focused on empowering children including the Ninja Life Hacks series and the Grow Grit series, authored with her son Kobe.