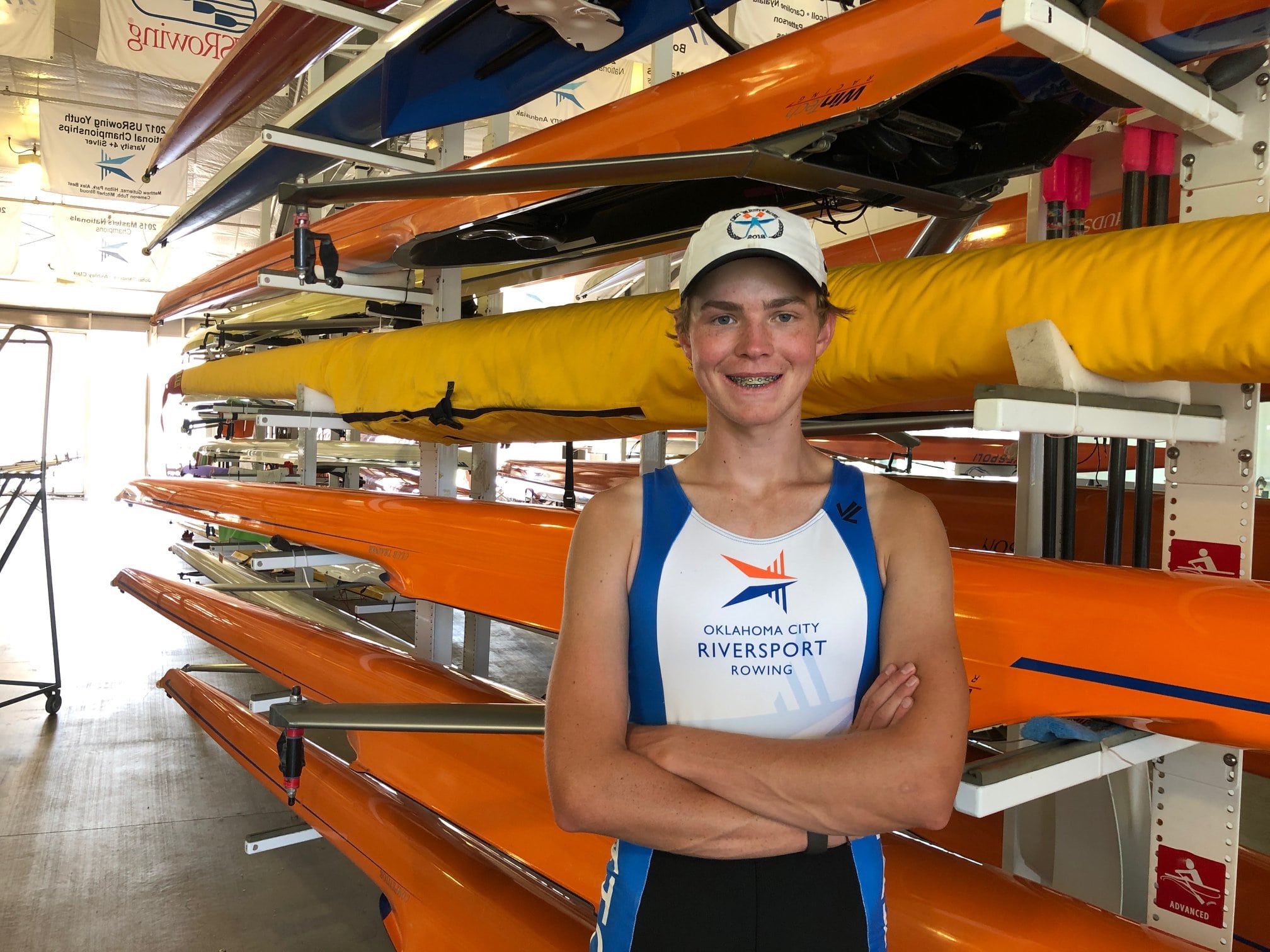 Christopher Hendee’s favorite spot in the Oklahoma City metro is standing outside the Chesapeake Boathouse at sunset.

“You can see the Devon Tower and Scissortail statue with all these beautiful sunset colors painted across the sky,” said Hendee.

The 18-year-old Casady School senior has spent countless moments on the Oklahoma River, at sunrise, sunset and all hours in between, as a member of the OKC Riversport mens varsity rowing team. The same drive that propelled him from a middle schooler who knew very little about the sport to the varsity team has also benefited metro nonprofit organizations like Cleats for Kids and Positive Tomorrows as Hendee sought opportunities to serve at-risk kids.

“My parents are both very generous, kind people, and I think being surrounded by that has had an awesome impact on me,” said Hendee of his desire to live a life of service. 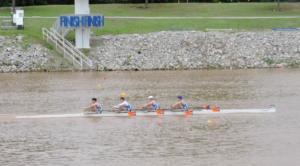 Hendee was fairly unfamiliar with the sport of rowing until a friend introduced him to a summer program through the Boathouse Foundation. His interest piqued, Hendee signed up for the novice program his eighth grade year. He focused on basic technique and fitness, falling in love with the sport he’s been dedicated to since.

“It’s a sport of a thousand details,” said Hendee. “Technique is the focus — that’s how you win races and that’s what sets people apart.”

“I can push myself a lot harder than I thought,” said Hendee. “The only way to get faster is to keep pushing yourself farther. Once you think you’ve gone all the way, you always have a little bit more.”

A leader in service

As Hendee’s determination as a rower has flourished so has his commitment to serving others in the metro. He credits his time in Boy Scouts, which he joined in the third grade, for developing his leadership and teamwork skills. In 2017 Hendee earned his Eagle Scout, the highest achievement in the Boy Scout Program. 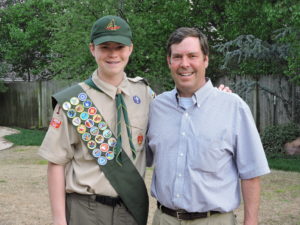 Part of the Eagle Rank requirements include planning and carrying out a community project to benefit others. Hendee chose Positive Tomorrows, which provides elementary education for homeless children, as his project benefactor, building shelves and storage for the nonprofit organization’s “maker space.” When Hendee toured Positive Tomorrow’s school, the purpose and long-term impact of this room spoke to him.

“I chose this room specifically because [the students] would be able to make something there that they could keep,” said Hendee. “The teachers said that was the kids’ favorite room, and I really connected with their mission there.”

At-risk metro youth have been a focus of Hendee through other volunteer efforts, too. He serves on the executive teen board for Cleats for Kids, a nonprofit providing sports equipment to kids in need. Cleats for Kids reports one in four Oklahoma City families live in poverty; when putting food on the table is difficult, purchasing sports equipment may be out of the question.

Hendee’s impact began at the organization’s founding in 2011, getting in on the ground floor of what he felt was a vital service for kids in the Oklahoma City metro.

“Sports have been a big part of my life, especially since I started rowing,” said Hendee. “I think it’s so important and necessary for people to have the opportunity to play sports and have that experience.”

Hendee organizes drives to collect sports equipment and helps plan fundraising events. Since the organization’s beginnings, more than 97,000 items have been provided to 47,000 metro kids, according to the Cleats for Kids.

Looking to the future

In addition to the hours Hendee spends rowing and giving back to the community, he’s focused on rigorous coursework at school, with science and math his primary areas of interest. He declares his favorite class to be chemistry, both because of the subject matter and a dedicated teacher who’s helped the subject click for him.

While rowing is one of the prime methods Hendee employs to calm his mind, he has recently discovered how much he enjoys exploring his creative side through art. Learning to create 3D art at Casady and becoming proficient in ceramics have been welcome stress relievers as he prepares for his future after high school.

Hendee hopes to pursue a career in engineering, with renewable energy a personal passion project. Though his college pursuits will likely take him out of Oklahoma, and he dreams of living in the Boston area one day, Hendee will carry the vision of a vibrant sunset sinking into the Oklahoma River with him wherever he goes.