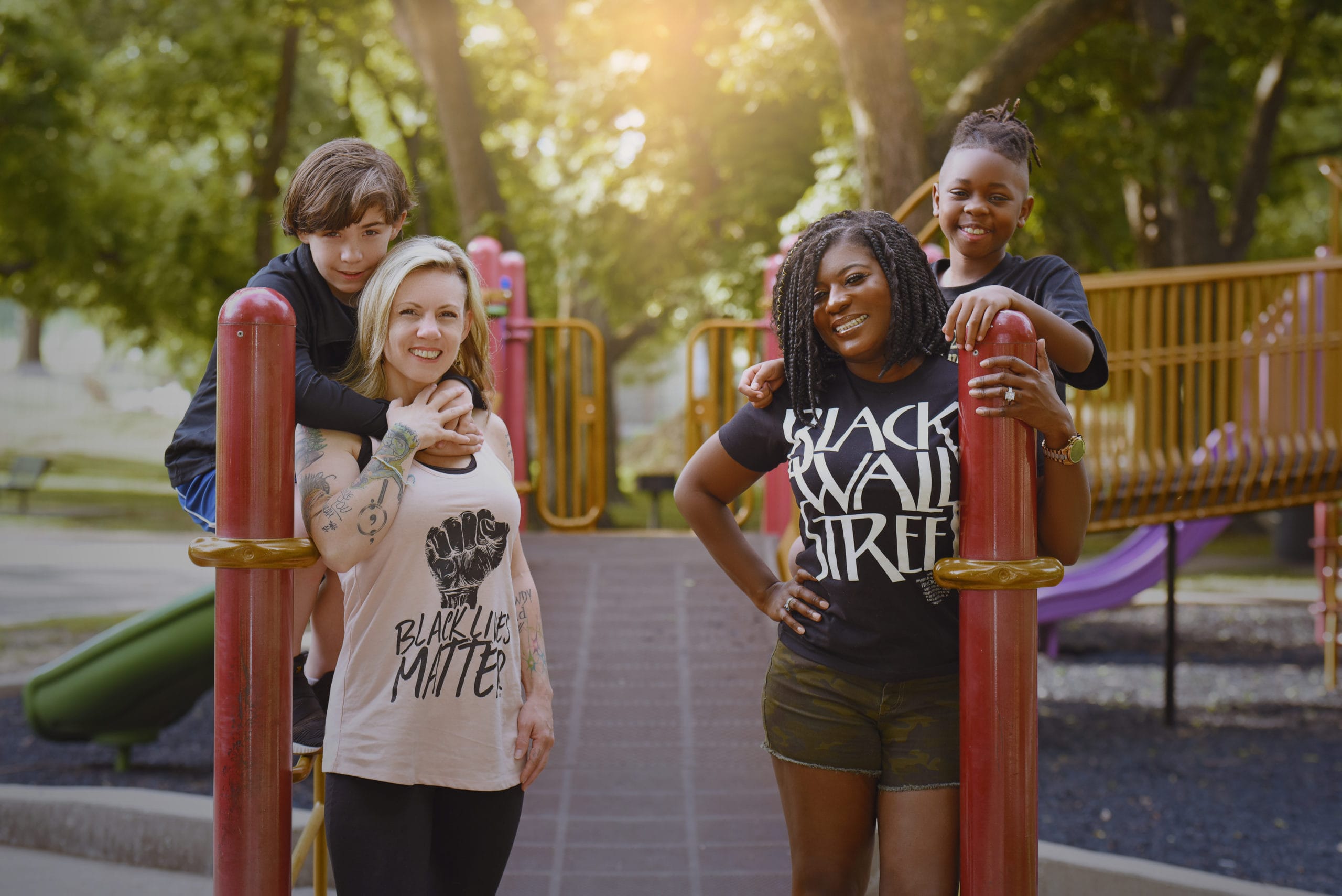 For many of us, the year 2020 came in like a hurricane. As parents, we have been dealing with trying to keep our families safe from COVID-19, homeschooling our children and working from home. As difficult as that may be, our country has been even further turned upside down by the senseless killings of George Floyd, Ahmaud Arbery and Breonna Taylor, which sparked a nationwide protest being played out daily on every primary channel.

I cannot describe the feeling I had when I heard George Floyd call out for his mother in his last words while a police officer brutally murdered him. His call was a call for ALL mothers. Stand up, help, be an advocate. I have had a few white friends reach out to me to ask, “Tamecca, where do I start? I want to talk to my children about all of this, but I don’t have the words.” My first response is: tend to yourself first.

That may sound selfish. However, I believe this topic is so heavy and disturbing it’s essential to have your mental mind-frame and emotional health intact before you engage in the conversation about race, racism and social injustice with your children.

I vividly remember grocery shopping with my 3-year-old son and overhearing a white child, who appeared to be the same age as my son, pointing at my son and asking his mother, “Why is his skin brown?” Immediately, the mom’s face turned red, she tried to hush her son and she apologized to me with 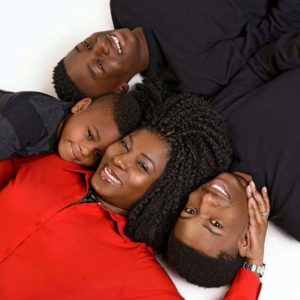 embarrassment. I asked the child his name, introduced my son to him and briefly explained what melanin is and how amazing it is to live in a world with so many kinds of people in it.

I could visibly see the mom in the grocery store was embarrassed. However, that was an important opportunity for a teachable moment. Sometimes as parents when our younger children point and ask questions about people who are different than us, we tend to tell them “stop that, that’s rude” without giving them explanations. We must explain, we must engage, even when it is an uncomfortable topic like race, racism, and injustice. A great first step can be reading books about race and racism, with several helpful options listed at the bottom of this page.

Older elementary children tend to be more aware of current events. You can’t turn on the TV without seeing protests over police brutality and the killing of George Floyd, Ahmaud Arbery and Breonna Taylor. Initiate conversation to discover how much your child already knows. Then, engage in dialogue about the violence against black people without being too graphic with elementary kids.

Fairness is a concept all children comprehend. Start a conversation about recent events like this: “There are things taking place in our country that are playing out in the media that are very upsetting. Regrettably, some police officers made terrible choices based on someone’s skin color. That’s wrong.”

Explain that police officers should be helpful, and most are; however in some instances, for some people, that’s not a certainty. Teach your children that stereotypes and preconceived opinions can be hurtful to all involved and give some examples. Additionally, share America’s history of the mistreatment of black and brown people.

Teenagers may see reports of police brutality and protests on their smartphones. If you have not talked to 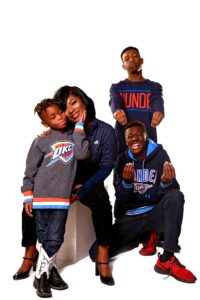 your teens about race, racism and injustice by now, they may have formed their own opinions. Ask them. Even adults battle with comprehending why protests turn violent and why some people involved have damaged other people’s property or stolen items from stores. However, no matter how you feel about the looting and violence, reiterate with your children that people are in pain, and they have been hurting for generations.

Ask your teenager how they feel about racism and police brutality. Let them know it’s wrong and unacceptable behavior. Ask them what their friends are saying and doing. Give them room to explain and explore their feelings.

Most importantly, model the behavior you would like to see in them. For example, check your network of friends. If you are inspiring your children to have a diverse group of friends but everyone who enters your home looks the same, that speaks louder than any talk you may have with them.

The realities of raising black children in a racist world

In contrast with my white friends, my conversations with my black sons are much different. Black children are often talked with about racism, unjust treatment and police with the goal of keeping them alive. Unfortunately, I have concluded through my personal experience that the “talk” that has been passed on for generations is not good enough.

Imagine receiving a phone call saying your teenage son has been arrested. When asking the officer what your son was arrested for, he is unable to give you a direct answer; however, he is very apologetic. The officer on the phone was not the arresting officer but the intake officer and had a hard time making sense of the situation.

My son was targeted because he “looked like a suspect.” He was thrown to the concrete and cuffed with a knee in his back while the police officer unlawfully checked his bag. After they found nothing in his backpack, they threw him up against and then flung him in the police car. My son was charged with obstruction of justice for telling the police officer there was nothing in his bag so there was no need to search it. They took him to the sheriff’s office and we had to go sign him out.

I was livid. But more than anything I was hurt. The “talk” did not work. My son was respectful, he did not talk back, he did not get loud, he did not resist, he was not in a “bad area” and he did not make sudden moments.

I have had to to change the “talk” to include: “Sadly, you can do all of the right things and still not be safe. Stay vigilant of your surroundings, and if you ever get pulled over by the police, carefully hit the record button on your phone. Keep your insurance and registration in your car’s sun visor so you don’t have to reach in your glove department and your hands are visible at all times. As demeaning as all this may sound, the goal is to always make it home unharmed and alive.”

A call to white parents

Do not raise your children to believe that they don’t “see color” or that racism does not exist. Instead of ignoring individuals’ differences, celebrate them.

We need you to acknowledge our color and see value in our differences. We need to build relationships with you without fear so you can understand our lived experiences. We need allies and advocates. We need support and to be heard. Racism exists, and we, as a society, must deal with it effectively, together.

It’s crucial to have a discussion about race, racism and the unjust treatment of black and brown people with your children now, but it’s equally important to continue the conversation when we’re not at a point of national outrage.

Books to teach young children about race and racism:

Books for teens about race and racism:

Dr. Tamecca Rogers is a resident of Tulsa and Director of Diversity, Equity and Inclusion at Tulsa 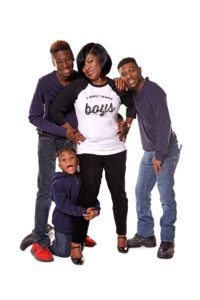 Technology Center, where she has worked for 10 years. She holds a bachelor’s degree in psychology, a master’s in business administration and a doctoral degree in educational leadership. Prior to her time at Tulsa Tech, Dr. Rogers served five years as a hospital corpsman in the United States Navy and a combined six years as a high school instructor and college enrollment counselor. She has also held adjunct professor positions at multiple post-secondary institutions. She is mom to three boys who love to discover adventure together.