Snow Days? What are Those?, by Kami - MetroFamily Magazine 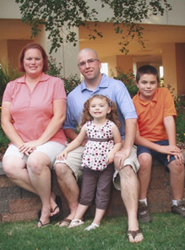 We are new to homeschooling, so that means our son who is 10 years old was in public school until this year.  He started his academic career with Spanish Emersion Kindergarten at DODEA School on RAF Lakenheath in England! Then my husband was given orders back to the US. Our son attended 1st and 2nd grade at a public elementary school in Cobb County, Ga. In 2009 we moved to Oklahoma City, where he attended a public elementary school in the Moore School district for 3rd and 4th grades. I said all that to say this…we know what snow days are! HA HA!

Since moving to Oklahoma we have experience all sorts of weather and seen enough snow to give this Florida girl a run for her money! Sure I was born in northern Michigan, but I did not live there very long! Definitely not long enough to learn to love snow or to SHOVEL snow!

We moved here to Oklahoma in May 2009.  The relatively dry summer (when you are use to 100% humidity – anything under 75% is dry!) was not fun but not anything we were not used to dealing with (we did spend 4 summers in England WITHOUT central A/C!). Then our first blizzard arrived on Christmas Eve 2009! Early 2010, several more snow storms came through that had public schools closed a few times. 2011 took the cake for us! We had more snow storms and public schools were closed enough to have to add almost 20 minutes to the remaining school days as well as take away any remaining days off (other than Spring Break).

When we started schooling at home, I posted on Facebook something along the lines of “I wonder if our son has realized that technically there is no such thing as 'snow days' when you do school at home?”  It was a joke of course, but there is some truth to it. The difference is we can fit in a “snow day” whenever we want to! Yes, since we went with the online public school at home option we do have to meet certain attendance requirements, but we still have a lot more flexibility in our week than a regular public school family! I don’t have to get a doctor’s note every week when I take him to get his weekly allergy shots. We can go on a field trip or a play date whenever we want to! As long as the basic number of days and hours are met, they don’t care if we make it up on a weekend!

All this talk about snow—or in the case of this year the LACK of snow —got me thinking back to our first two winters in Oklahoma. Hubby was deployed both years! With the exception of the storm over Christmas 2009, he missed out on all the other snow storms. He also missed the really fun hail storms in May 2010 (please note the heavy sarcasm in that last sentence). So the kids and I have dealt with a lot of weather related stuff all by ourselves (and lived to tell the tale!). My inner scrapbooker sort of mixed in with my inner blogger today and the result was this…..nothing fancy, but here are the last 3 years on February 1st: 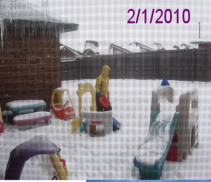 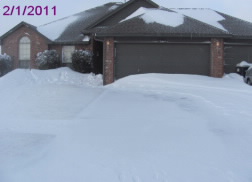 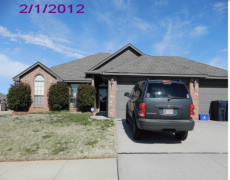 Wait! There is something missing in that last picture! Where is the snow?

Personally, I am not complaining about the lack of the snow. I do understand that some good cold is needed to help kill off bugs, allergens and all that, so for the sake of my son I won’t complain about getting some cold either. But it is just really hard to be upset when at about 12:15pm it is already 61 degrees, sunny, clear skies and for once not even that windy! If the daycare schedule for today had permitted it, we would have made an impromptu field trip to the zoo! Why? BECAUSE WE CAN!