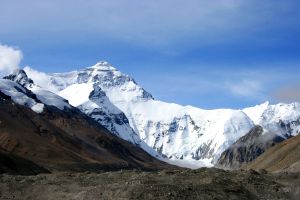 “Life is about the journey, not the destination.”

Do you ever get tired of hearing that? I do. Especially when I really want something!

When I was in my 20s, I had my entire life mapped out. I was going to “have this by that age, be at this point by that time, accomplish this before that” and all before 30, I was pretty sure. How incredibly wonderful it is to not be that stupid anymore!

There’s certainly nothing wrong with planning or having goals. It’s good to know the general direction in which you want to move. What I have learned though, is that all the really great stuff has happened somehow while I was griping about how long everything else was taking.

If I had raced through those goals in the time I planned to, I would have had a handful of accomplishments, but no way to enjoy them, no great people to share them with, and a sense of, “is this all there is?”

It would be like cancelling the college football season because on paper we already know pretty much which team is going to win each game. We would miss all the amazing surprises, awesome comebacks and shocking upsets that come only when you play all four quarters.

I have read a lot about people who attempt to climb Mount Everest. It never appealed to me because, well, it takes too long. First, you have to train your way into shape. Then, once you arrive at the mountain, you have to begin at Base Camp, stay there a period of time, then climb up to the next camp. Then, you have to stay there a while before going back down to base camp. You complete this process several times, going a little further up each time, allowing your body to acclimatize to the altitude, then go back down to a lower level before you finally, after about two months, are ready to attempt to summit.

Why not just have a helicopter drop you on the summit? Experiments conducted in decompression chambers have shown that if human beings could go quickly from sea level to the summit of Everest, where the air has a third as much oxygen, they would lose consciousness within minutes and die quickly thereafter. It turns out that the only way a person can really enjoy the view from the top of the world is to take the journey. To skip those two months might seem preferable, but you simply would not be prepared for the majesty of the view.

You might not be planning to climb Everest, but remember this; all that “one step forward, two steps back” frustration of life you have right now is the very process that is preparing you to have the capacity to fully enjoy and appreciate the view you will have when you reach your goal.