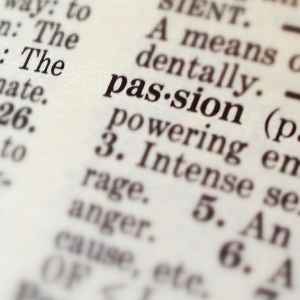 I recently read an inspiring book about a woman who worked to change state laws in California to aid women victimized by domestic violence. The woman, Barbara Bentley, summed up her strategy for success in three words—passion, patience and persistence.

I was reminded of my incredible friend, Judy Busch, who in the 1990’s championed crime victims’ rights in Oklahoma after the horrific murder of her 7-year-old granddaughter, Kathy, in Yukon. Starting with nothing more than her own terrible treatment by the criminal justice system, this grandmother nearly singlehandedly improved the system for the families of crime victims in Oklahoma.

I learned from watching Judy that it really is true that one person can make a difference. Faced with the daunting task of changing a huge justice system that often treats victims dismissively, Judy used the same strategy to make a difference—passion, patience, perseverance.
She had reason to be passionate about her cause. After looking all night for her missing granddaughter only to have a friend discover her lifeless body in a trash dumpster, Judy and her daughter returned home for a few hours of rest. Instead, they learned with the rest of the world via the 5:00am local newscast, the terrible details of Kathy’s murder, including the fact she had been sexually assaulted.

Believing that crime victims’ families deserved the common decency of hearing such details in a private setting and not on the news, Judy formed a support group and lobbied for change. Recognizing that making a dent in so big a system would take a long time, she was patient, expected there to be setbacks, and because she had already factored them into her plan, was not deterred by them.

Her passion to make sure other families would not suffer many of the injustices her family did helped her to persevere through years of ups and downs and exhausting obstacles. She did things she never dreamed she could do. She wrote grants, she gave speeches, she lobbied legislators.

Before she retired from her effort, Judy helped set in motion laws that continue to improve the lives of crime victims’ families. She simply refused to stop until things were better. She was passionate, incredibly patient and she persevered until she reached her objectives.

I look at Judy’s legacy and think how most of the organizations we know about today were started by one person. One mother started Mothers Against Drunk Driving. In Judy’s case, one grandmother started an entire support network for crime victims that lives on after her own death in 2010.

It is easy to be overwhelmed when we are trying to effect change, but I believe we can learn a lot from these bold individuals who live the value of those three words. Perhaps in your own life you will find ways to accomplish great things against seemingly insurmountable odds by bringing your passion, patience and perseverance to the task.

Never believe one person can’t make a difference. Whether it’s one mom or one grandmother, they are the only ones who ever do.