Party On: Confessions of a Party Girl - MetroFamily Magazine 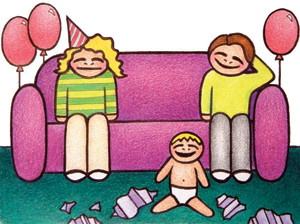 I had handmade 56 invitations, sprinkled glitter on each and every one of them and dropped them in the mailbox weeks before. The presents had been wrapped and decorated with dramatic bows and concealed in the hall closet for well over a month. I had cooked up approximately 32 gallons of chili and chopped about eight pounds of onion for garnish. I bought all the corn chips my local grocery had to offer the night before. I’d pre-ordered dozens of helium balloons to perfectly coordinate with our red party plates and cups. The drinks were soaking in an ice bath in three different coolers, and the most delicious-smelling birthday cake waited on the partygoers to dive in.

The yard had been decorated with streamers of every color. Games and signs proclaiming the big day told everyone who drove by our house what we had planned. Party music was playing throughout the house loud enough to set the mood, but not so loud as to impede conversation. The camera batteries were charged, but I still debated with myself about hiring a photographer to capture all the birthday memories.

On more than one occasion during the weeks proceeding the big day, my husband asked me if I was being too extravagant. He wondered aloud if I had gone overboard. He muttered under his breath “What’s the big deal anyway?”

I scoffed at him. Men! They didn’t know how to throw a good party anyway. If this birthday party had been left up to my husband, he’d have thrown some pasteurized processed cheese product into a crockpot, turned on the “World Series of Poker” and called it all good.

“No,” I assured him. “This has been a really big year, and we need a really big birthday celebration.” He may have actually snorted when I started listing off the year’s accomplishments.

Then the doorbell rang, and I rushed to welcome the first of our guests—but quietly. The birthday girl was still napping. Those one year olds really need their rest.

That’s right. All of this hoopla was for a first birthday.

“Hello. My name is Heather, and I’m addicted to birthday parties.”

By the time the neighbors, friends, nursery schoolmates and their families, my co-workers, our birthing classmates and quite possibly the postman (I’m not exactly sure who he was, but he looked familiar) crammed into our house for the party extraordinaire, I was wiped out. By the time we were eating homemade chili but before we opened presents, I had lost the birthday girl. I found her playing in the toilet.

We gave up on presents after my eleventh time of dragging her away from the DVD collection underneath the television. All she really wanted to do was stack our old DVDs, even though she had just gotten a giant, fuzzy pink and green caterpillar as big as she from “Aunt Jean”—we don’t have an Aunt Jean.

When we sang “Happy Birthday To You,” every single child screamed as if we were removing her toenails.

The beautifully decorated Old MacDonald-themed cake became tiny fists-full of crumbs in the hands of the birthday girl before being hurled at anyone who attempted to take her picture.

And speaking of pictures… my camera went missing. I found it later on the bookshelf with a napkin covering it. I totally blame my husband for this even though he maintains his innocence. I was completely deflated that I would finish off my firstborn’s first-year scrapbook not with a beautiful five-page layout accented by special coordinating Old MacDonald acid-free first birthday stickers, but rather with a note that said, “They came, they saw, they partied.”

Eventually, the partygoers all ventured to their own quiet and clean homes. We hosed down our beautiful daughter in the sink, and she was contentedly running through the house wearing only her diaper and a red nose (it’s nearly impossible to clean off red food coloring) when I finally collapsed on the love seat.

With the remote in his hand, my husband looked over at me and said, with a slight I-told-you-so smirk on his face, “I bet you won’t plan a big party like this again.”

I looked at my child who was grinding her new Play-Doh into the bricks on the fireplace surround; I stared at the mountain of dishes in the sink and smelled the tangy burn of the slowly-crusting-over chili. I looked at the two diaper bags sitting at the end of the couch, neither one belonging to us, and I said, “At least not for another year.”

Heather Davis is an Oklahoma momma, a writer, and a wannabe party planner. She blogs at www.minivan-momma.com and is the author of TMI Mom: Oversharing My Life. 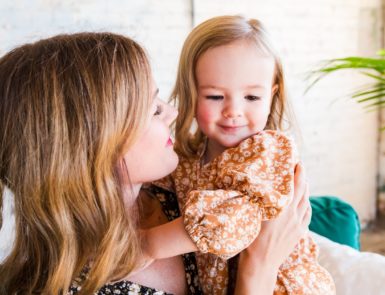 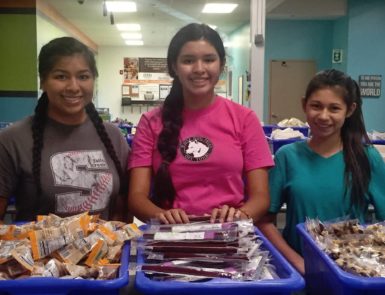 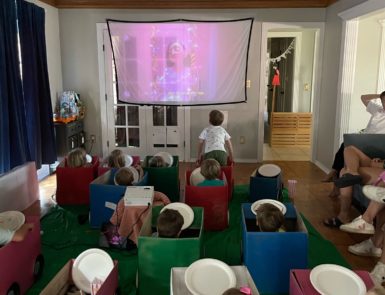