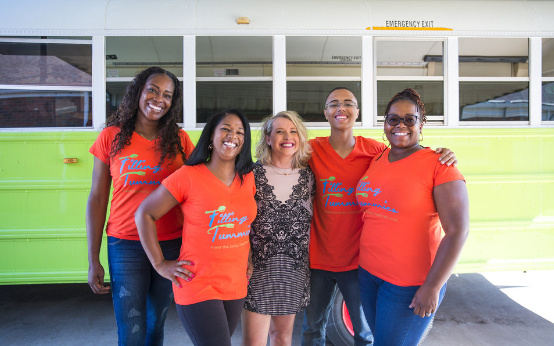 When local mother of three Lisa Blacknoll heard her mailman talking about how he saw a hungry child eating cat food out of a can, she was shocked.

“I just didn’t know that we had people in this state who are hungry,” she said. “Not just hungry but chronically hungry. They don’t know where their next meal is coming from.”

She couldn’t shake the thought of the child eating cat food, so Blacknoll decided she had to do something about it. So she gathered up volunteers, created a 501(c)(3) and outfitted a bus to be stocked with fresh fruits, vegetables and kitchen staples and plans to take it out to local schools this month.

The Filling Tummies bus is a mobile healthy food kitchen that will visit local schools on Friday afternoons so children who may otherwise go hungry over the weekend can take a bag of fresh, healthy foods home with them for the weekend. In addition to visiting schools, Filling Tummies will make rounds at local senior living centers to make sure the elderly are fed, as well.

Blacknoll is relying on donations from the public to help purchase organic produce from local distributors. She also has a partnership with Panera Bread to donate other staples each week.

Like many people, Blacknoll said she used to think food banks and non-profits were already handling childhood and senior hunger locally. But Feeding America, a national nonprofit aimed at ending hunger, reports that with an average cost of $2.88 per meal, Oklahoma needs another $313,377,000 annually to feed the 635,740 people in the state who are food insecure.

The Regional Food Bank of Oklahoma reports one in four Oklahoma children has inconsistent access to healthy food. Hunger Free Oklahoma, an organization aimed at ending hunger in the state, reports that Oklahoma’s percentage of residents who are food insecure is higher than the national average.

“I know there are more moms out there who care about feeding children,” Blacknoll said. “We won’t stand for Oklahoma to be in the bottom states for food insecurity. We just won’t stand for it. Once you know about the issue, surely people will do something about it. I believe people have good hearts, they just have to be made aware.”

There are several ways to get involved with feeding locals in need. Here are some ideas from Blacknoll:

3.    Lead a social media campaign to help spread the word about the mission of Filling Tummies. 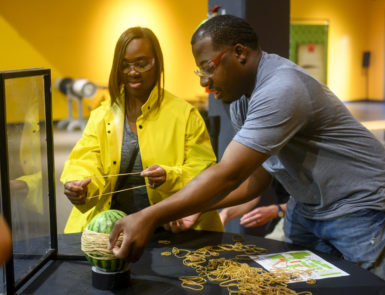 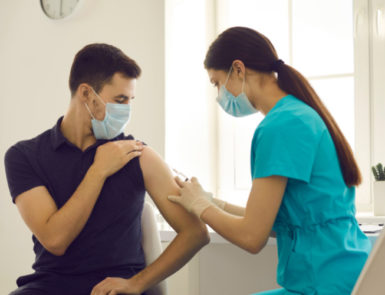 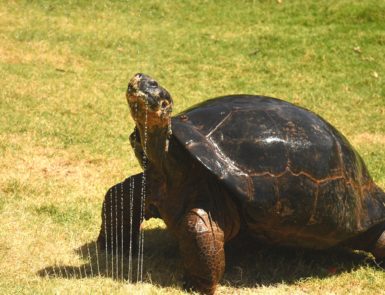