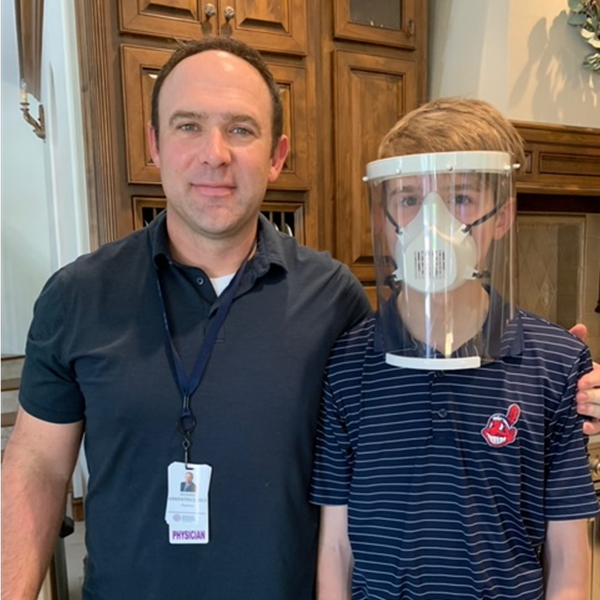 The Kirkpatrick family of Norman recognized a dire need within the COVID-19 pandemic in Oklahoma, as well as their own ability to help fulfull it.

Dr. Richard Kirkpatrick is an orthopedic surgeon in Norman who began worrying about the availability of personal protective equipment, especially in our central portion of the United States.

“I was concerned about the fact that most healthcare providers are being asked to reuse masks repeatedly, even though they are intended to use one time and then discard,” said Kirkpatrick. “If they are soiled or dirty, the mask is less effective. So we needed a way to protect the face and mask itself.”

Enter his 13-year-old son Blake, a whiz with a 3D printer. The father-son duo enjoys building and launching 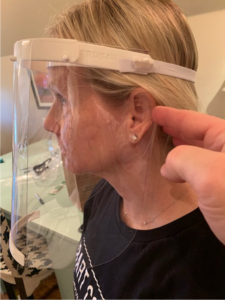 rockets on Blake’s 3D printer, but this concern about local healthcare workers needing better protection provided the opportunity to use Blake’s skills and Kirkpatrick’s connections for a whole lot of good.

The entire family worked together to find a face shield design online and create a prototype. Kirkpatrick reached out to Norman Regional Health System’s Infection Control department, who reviewed the design and suggested some modifications to better cover the wearer’s entire face. Blake took those modifications to create a new design to meet the exact specifications of Norman’s system.

“We were able to get it approved and know this is something the hospital can actually use,” said Blake, a freshman at Community Christian School.

Kirkpatrick calls his son the “3D printer guru,” able to design and troubleshoot to keep the machines running. And the Kirkpatrick family aren’t the only local volunteers using Blake’s design. The family is connected with a large community group via Facebook, Norman/OKC PPE Squad, all of whom also have 3D printers and have been working together to mass-produce the face shields.

Blake says it takes one to five hours to print one face shield, and they cost about $3.50 each to make. So far, the PPE Squad has distributed 250 face shields, and they have a request from Norman Regional to make 400 more within the next week. All the shields have been and will continue to be donated by the group, whose members have donated their own time and funding to create them. But the PPE Squad hopes to create a GoFundMe account in the near future so that others can contribute to the cause as they continue to get more orders.

“I don’t think this need is going to go away anytime soon,” said Kirkpatrick. “It may take months for those to become readily available again.”

Kirkpatrick has gotten a lot of positive feedback from Norman doctors, nurses and healthcare workers, extremely thankful for the gift of the face shields.

“This has given us purpose during a time when we have a lot of time on our hands,” said Kirkpatrick. “It’s a worthwhile effort and we are happy to be involved.”