Mom of the Year - MetroFamily Magazine 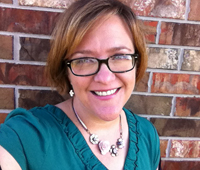 Mom of the Year

Something I’m sure I’ll never be awarded by committee. I don’t think I’m a horrible mother, not by any stretch … but I think that like most parents, I could do so much better. I’m a pretty strict parent. I expect my kids to meet certain guidelines, to live up to the expectations we set for them. They know that when they don’t, they may be corrected.

I recall a really bad day when I was at the grocery store with my kids, and I was in “the dance” with another shopper—that thing that happens when you seem to meet up in the aisles in the same place every time you turn the corner. This trip was tough. It was shortly after my dad had passed. I was sick. We were all feeling grief and confusion. My kids were stir-crazy. We needed groceries. My kids are great at the grocery store if I have just one of them, but if they’re both there, then it’s a sideshow. And they were already primed, having spent a few days cooped up at home because mommy was sick.

So when this one got mad at that one and pushed that one into the path of another shopper and I pulled them both over to remind them that this is not appropriate behavior and they need to respect the space of others—the other shopper was there. When that one was pitching a fit because this one went to grab the item off the shelf when I told that one to get it—the other shopper was there. No fewer than 5 times, when my kids were just being absurd and I was frazzled to the point of crying, this other woman passed by my cart. The final time, she pulled her cart alongside mine and looked down her nose at me. “You’re just determined not to have a good day today, aren’t you?”

As she turned the corner and disappeared, I spilled those tears I had barely held in check. The judgment in those words was harsh; unnecessarily so. This grandmotherly woman was so unforgiving of my situation, a situation that she had no idea about. We were all three struggling under the weight of our personal circumstances and that short sentence was deflating.

How much easier would it have been to say something supportive? Even to share a simple smile? Or “I’ve been there; I know some days are hard, but it does get better.” Something. Anything. But to just be rude and judgmental? Life is just too short.

I urge you to think about that the next time you see another parent who seems to be struggling under the pressure. Remember that some days are hard. Some days, some moments, we all break a little bit. But it does get better.

I recall other days when my kids amaze me; they show a graciousness and a humor that are far beyond their years. They show respect for others and use their words to show appreciation and I don’t have to remind them. And those are the moments that make the bitter judgments of others melt away. I remember that I’m raising my children to be the kind of adults that I respect—the kind of adults that don’t levy harsh judgments but rather acceptance and understanding.

And if I can manage that? I’ll proclaim myself to be mom of the year.