Lyric Theatre's "Curious George and the Golden Meatball:" art, joy and four other reasons your kids should see it with you - MetroFamily Magazine

Every now and then as a parent, we see the lightbulb moment topics from books and TV become personally relevant to our children. 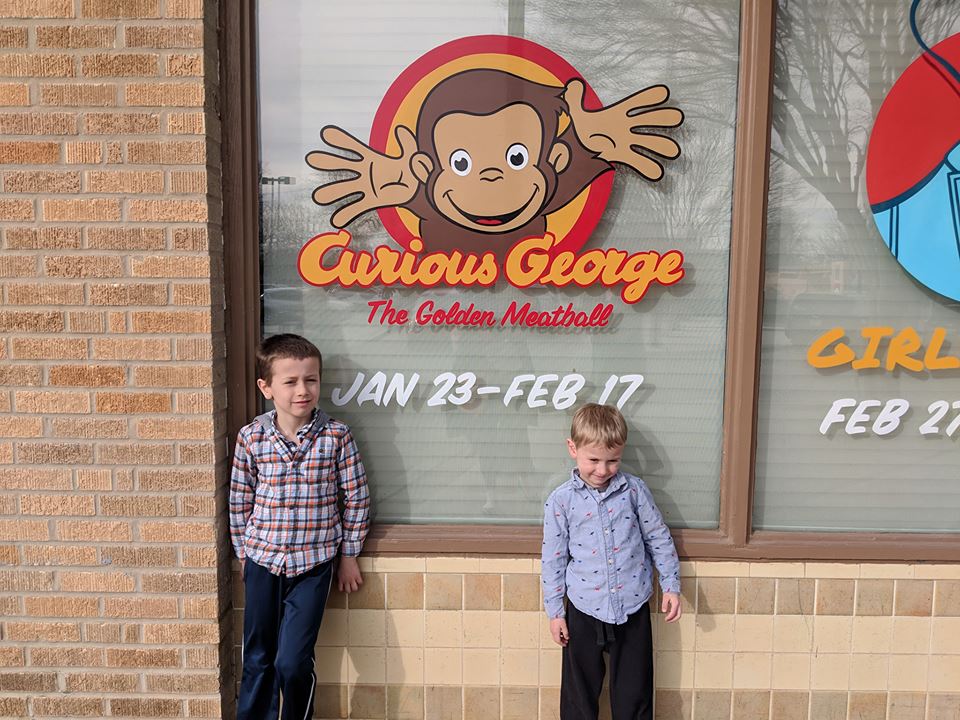 My middle son, Isaac, is 7 and his first grade class is studying the planets this week. There are books about outer space strewn throughout my kitchen. I hear snippets of conversation about Neil Armstrong and life on Mars. Isaac makes me ask Google multiple times a day to confirm random facts, with questions like “Hey Google, what’s the largest planet?” and “Hey Google, what temperature is it on Jupiter?”

A planet mobile is half-constructed in one corner of my office. If you wonder if having kids is for you, there’s a lot of mess involved, fair warning. And questions, so many questions.

There’s also a lot of joy.

As a community of parents, we don’t always focus on that part. It gets lost in the shuffle because there’s simply so much shuffling to do. Everything is so involved and fast and intense sometimes as we try to check all the boxes. I was feeling some of that this past Saturday when we went to see “Curious George and the Golden Meatball” at Lyric Theatre.

We were in a hurry, trying to make the matinee with everyone finishing brunch and trying to find his favorite shirt, the lost shoe, a jacket that fit. I definitely didn’t feel anything other than the need to hurry as I got Isaac and Gabriel, age 4, out the door. Because that’s what we do as parents, move everyone forward, onward and upward.

Once everyone was settled in the car, though, the quality time began, that rare thing we try so hard to make happen.

We remembered why we love “Curious George.” My kids know it from a bedside book with its hard yellow cover, “Curious George Goes to the Chocolate Factory” by Margaret and H.A. Rey. They were also excited because everyone’s favorite monkey is featured on PBS Kids, the familiar series that even my 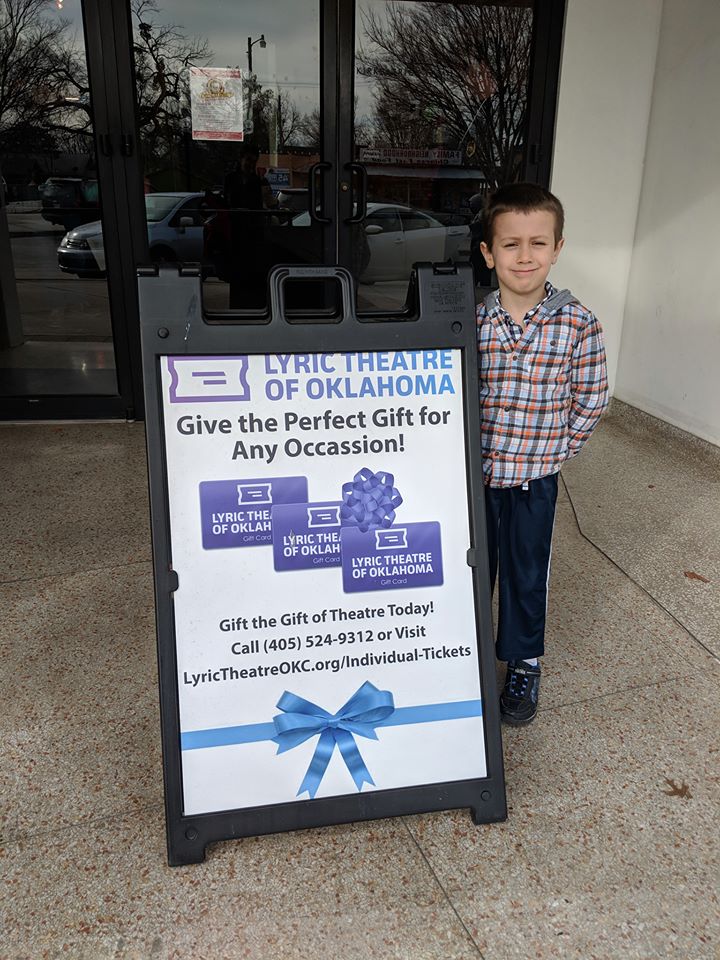 11 year-old will stand around and watch if it happens to be on, which is frequently because OETA 13.4, the all-kids’-programming-all-the-time channel, broadcasts George at least once a day, probably more. It’s nostalgic for me and as a #boymom, I don’t get that a lot since “Transformers” and “Gargoyles” and “Pokemon” held zero interest for me as a kid.

And we remembered the time I was on a conference call about four years ago, standing in the doorway to our living room with my back turned as Isaac watched the show then proceeded to mash an entire case of bananas from Sam’s Club into our wall. Banana oil seeped into the drywall and my husband had to paint. Fun times. About three months after that incident, a preschool-age Isaac broke the radio silence in the car on a daytrip and said simply “Sorry about the bananas.”

Messy but we can laugh now. That warning “Curious George is a monkey. He does things you can’t do” was ignored.

Here are four more reasons to catch “Curious George and the Golden Meatball” at Lyric Theatre before he’s gone Feb. 17:

Take the time to go see “Curious George and the Golden Meatball.” It’s not as long as a movie and is likely to be more memorable. It might be a challenge to get everyone in the car but once you’re there, you’re set for a terrific experience together. That is really the magic of theatre, I think, the shared experience, the art and effort of it all, ingredients for childhood memories that bring joy and nostalgia for adults too.

Enjoy the show, with your kids. It’s much more fun than assembling a planet mobile; with all the things we have to do, it’s just nice to be able to do the things we really want to do and this is one of those. 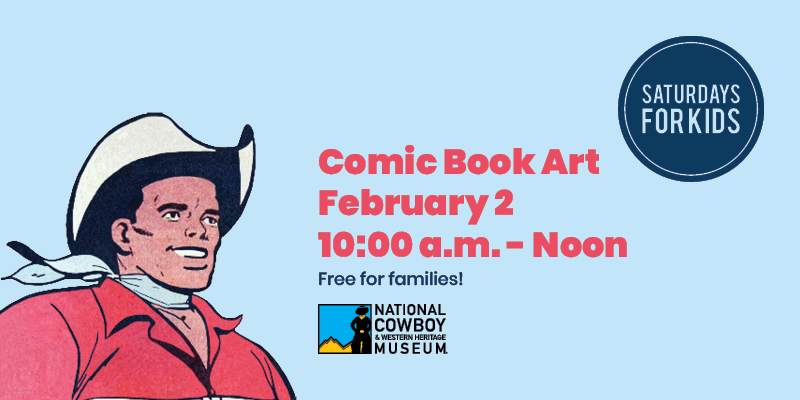 P.S. If you’re looking for a different activity tomorrow morning, Feb. 2, we’ll be at the National Cowboy & Western Heritage Museum’s Free Saturday for Kids event. It’s a hands-on experience where kids can make their own comic book that’s offered without charge for kids and their accompanying adults. The event also recaps the 1950s-era history behind the Chisholm Kid, a black cowboy from Oklahoma that was the first to be featured in that medium. See you there?