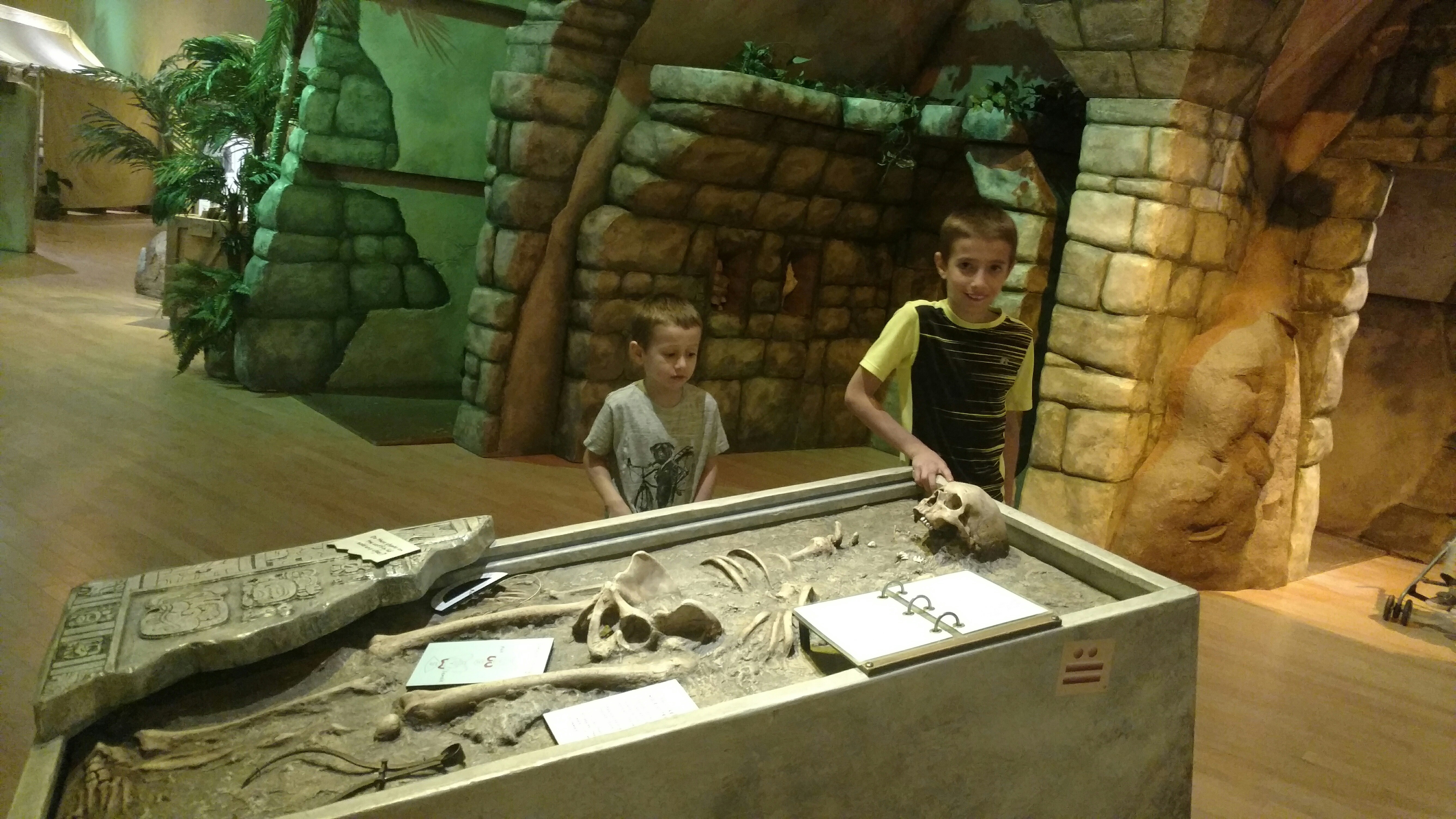 I’ve been to the Sam Noble Museum before but it’s different every time I go because I know more from what I’ve read or seen on PBS.  What made it stand out this time was seeing the new exhibit, ‘The Mystery of the Mayan Medallion.’ I love going to this museum because it has my name in the title; ‘Noble’ would be a cool last name.

The adventure part of the tour reminded me of “Indiana Jones” but set in Central America. My Dad is from there. I loved the explanations about poisonous animals that live in the jungle and getting to smell familiar scents like cacao and achiote that remind me of my grandparents’ kitchen.

It always takes our family a long time to get through a museum because my brother, Isaac, is 4 and he wants to stop and see every possible thing. I want to get to the point and just see the main things. He can’t read yet so I have to read him all the signs. Sometimes, I just make up what they say so we can get done faster.

Sure! They definitely will because there’s so much to see and do. I think it was planned for kids because it’s not like other museums where you can’t touch anything and people freak out if you get too close to what’s on display. I really liked the area called “When the Earth Shakes” because there are a lot of places where you can see earthquakes explained and a metal trampoline where you can see if your bouncing matches a pattern of one on a screen. There’s also a table where you can build a structure and then use a dial to make it shake harder and harder to see how much shaking your building could withstand. I think what kids want is to not be bored at a museum and they won’t be at this one.

Isaac wants to be a paleontologist. He’ll tell you so if you ask him; so, for that reason, I know he enjoyed seeing the dinosaur skeletons and the Discovery Room where you can pretend to dig for dinosaur bones. Our baby is almost 2 and he liked hearing the animal sounds in an area with a lot of bears and birds that looks like a forest and a prairie.

If you could do this again knowing what you know now, what would you do differently?  I would eat a snack before going to the museum. The café was closed. I did buy some rock candy that was really good.

Does what you saw match up with anything you're learning in school or have seen before in a book, on TV, etc.?

I’ve read some about ancient civilizations like the Mayans. My school did a unit on them for history but I didn’t really think of them as people until now. I mean, they left drawings and all that, but it didn’t occur to me that they would have eaten the same things we eat now and also be afraid of the same jungle animals. People are just people, even from a long time ago. Classification, flora and fauna are something we talk about a lot in science class, besides dinosaurs and who lived here before we lived here.

What do you think you'll remember most about having gone to the museum?

The gift shop was the coolest part. I bought 24K gold in a bottle for only $4. I’ll also remember when we took my brother and he loved the dinosaur bones even at age 4, before he became a paleontologist.