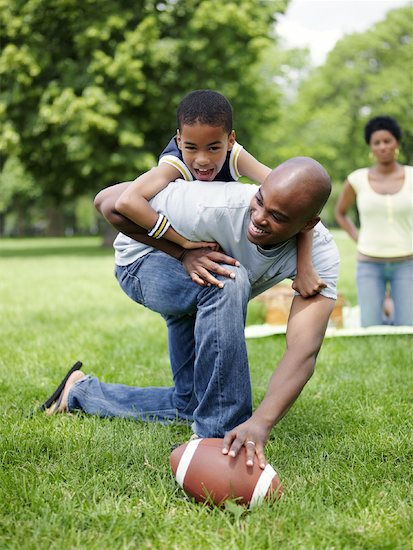 What if I told you I had discovered a tool that can be used to make a noticeable, significant and positive change in your children. Would you want the web address where you could order it? Would you ask me how much it cost? Would you care?

What if I told you it was free?

What if I told you that you already owned it?

What if I told you that all you had to do was activate it and you could start using it TODAY?

Would you trust me and agree to use it if I promised you it would make the positive impact promised?

Go to the mirror and open your mouth. See that thing at the back of your throat that looks like a speed bag that boxers use?

Your tongue. The thing you use to make sound into words

The longer I am a father, the more I am convinced that the words we speak to our children are great difference makers. Let me share a story

A father I know well has a son who is playing football for the first time this year with pads. The father was very eager to see how his son would react to the heavy physical contact of the sport. He knew his son was ready for football and would likely be successful. His son is a tough, strong, kid. To the father’s surprise, during the first few practices, his son was a bit more tentative than he expected. The son’s hustle was lacking. He was doing okay, but things just weren’t quite right.

The father knew that chastising his son was not the answer, but wanted to give him an encouraging word. I’ve seen the text message that this father sent his son (father shares joint custody with his son’s mother). The message read:

That was Tuesday. The next practice was Thursday. The father wondered how his son would respond.

He responded well. That next practice, the son hit harder, ran harder and altogether practiced to the best of his ability. The coach noticed and rewarded the son with a skull & crossbones sticker to put on his helmet as a reward for his effort.

Is the son guaranteed a future, multimillion dollar NFL contract?

Did a father’s encouraging word make a difference in his son’s attitude and confidence, at least for a moment.

Fathers, the words you speak, text or email to your children matter. Your tongue is not only your rudder, but can be your child’s as well. You have the ability to give them the confidence and assurance they need as children to take on life and take it on well.

Never underestimate the difference your words can make. If your words are more negative than positive, flip that today and speak life-giving, encouraging words to your children. Change "can’t" to "can" and "won’t" to "will." Let them know you believe in them. Too often, it’s left for teachers, coaches or some other collateral adult to be the influential person in a child’s life. Don’t let that happen in your family. YOU be that inspiration. YOU be the one in your family that encourages your children. Your children may not admit it, but coming from you, encouragement matters most.