It's a baby giraffe! - MetroFamily Magazine 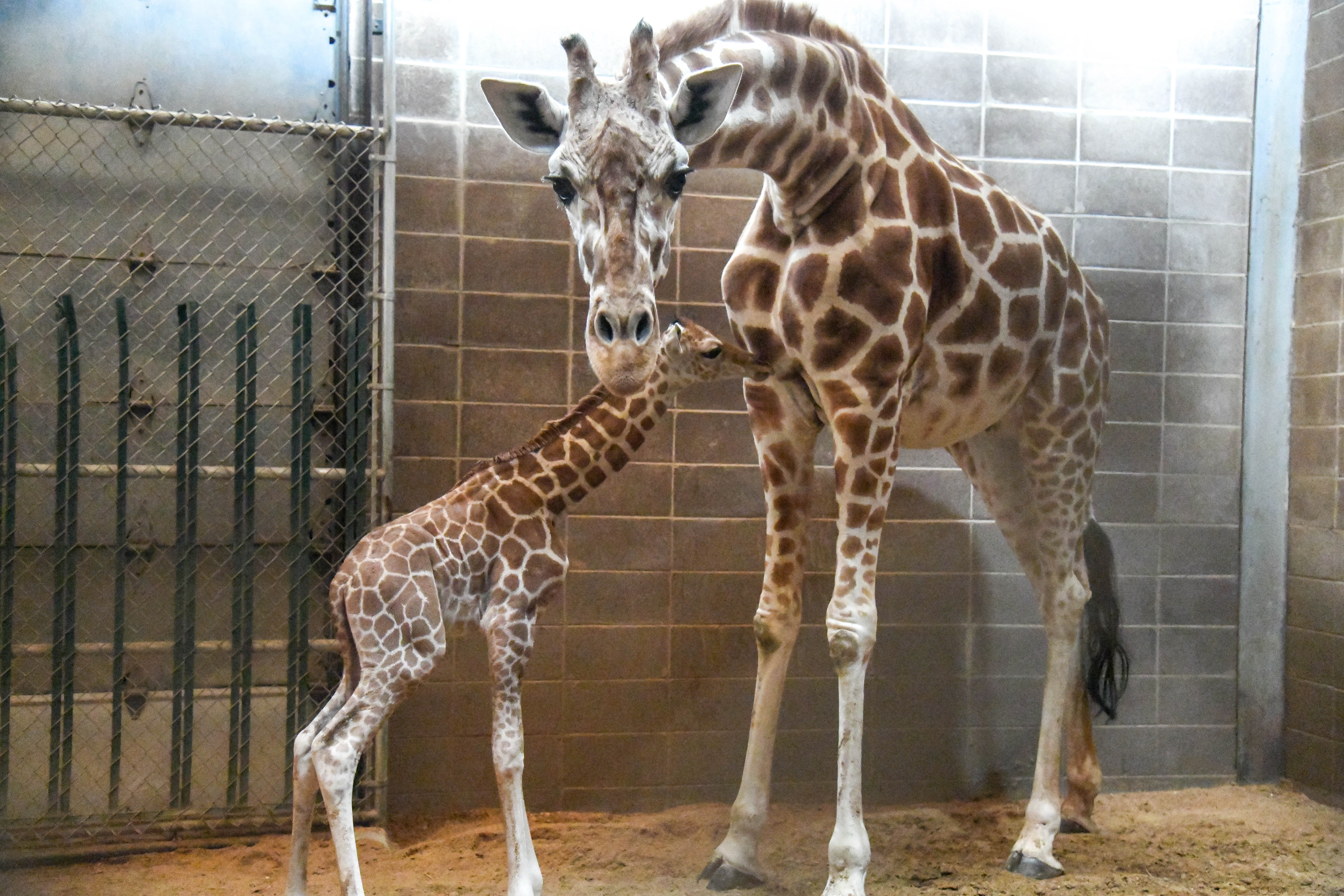 OKC Zoo’s giraffe matriarch, Ellie, welcomes a baby boy, her sixth offspring to be born at the Zoo.

The Oklahoma City Zoo and Botanical Garden welcomed a new bundle of joy, a whopping 157 lbs and six-foot-one male giraffe calf born on June 3 to a 20-year-old giraffe named Ellie. The calf, who is yet to be named, is the first to be fathered by four-year-old, Demetri. Zoo staff says the young giraffe is healthy and strong. He will continue to spend time bonding with his mother and herd mates behind the scenes. Ellie’s daughter, Julu, 5, is also pregnant and expected to deliver her first calf soon. It’s been neck and neck between this mother-daughter giraffe duo to see who would give birth first, and Ellie delivered!

“Witnessing Ellie and Julu experience pregnancy together has been the greatest joy and we’re thrilled to watch our herd grow with the addition of this little calf,” said OKC Zoo’s Curator of Hoofstock and Primates, Tracey Dolphin-Drees. “This birth is critical for the conservation of this endangered species and a true testament to the importance of the Zoo’s involvement in collaborative breeding efforts.”

Ellie arrived at the Zoo in 2008 from the Birmingham Zoo, in Birmingham, Alabama. The calf’s father, Demetri, arrived from the Fossil Rim in Glen Rose, Texas, in 2018, as part of a breeding recommendation by the Association of Zoos and Aquariums (AZA) Giraffe Species Survival PlanTM (SSP). SSPs are cooperative, long-term management programs designed to maintain genetically viable and geographically stable populations of specific species. The Zoo is also home to two-year-old female, Mashamba. 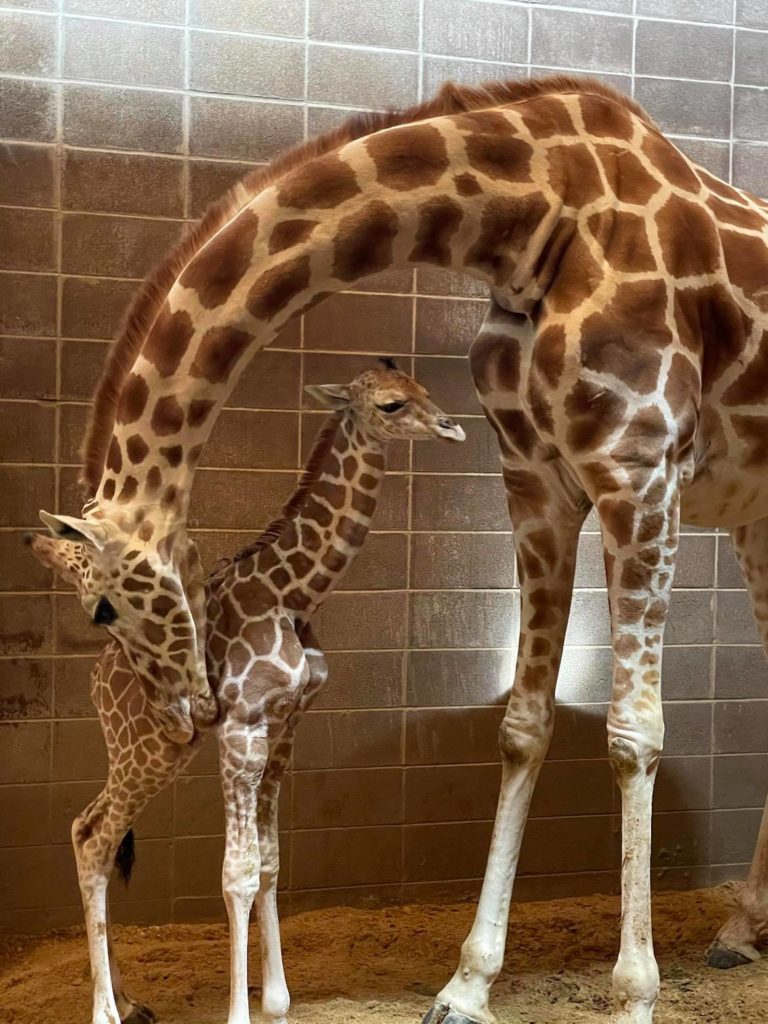 The gestation period for giraffes is approximately 15 months. The average weight for a newborn giraffe is about 150 pounds. Newborns stand within an hour of birth at a height of around six-feet tall. According to giraffe caretakers, Ellie’s water broke around 10:40 a.m. and she was in active labor until the calf’s birth at 12:01 p.m. By 1:13 p.m. the calf was standing and attempting to nurse.

Native to East and South Africa, giraffes are currently listed as endangered by the International Union for the Conservation of Nature. There are approximately 111,000 giraffes remaining in the wild, an almost 40% decline since the 1980s. This population decline is caused by illegal poaching and habitat destruction. The Zoo has contributed to giraffe conservation for decades by supporting the Northern Rangelands Trust and the Giraffe Conservation Fund, as well as becoming a member of AZA’s Giraffe Saving Animals from Extinction (SAFE) partner organization in 2018.

Weather depending, Ellie and her calf will have access to the giraffe habitat yard over the weekend. The Zoo’s giraffe feeding experience will be tentative for the time being. Follow the Zoo’s social channels for updates about the Zoo’s growing giraffe family.

The Oklahoma City Zoo is currently in its summer hours and open daily from 8 a.m. to 5 p.m. with the last entry no later than 4 p.m. Purchase advance tickets at www.okczoo.org/tickets and avoid the entry lines.