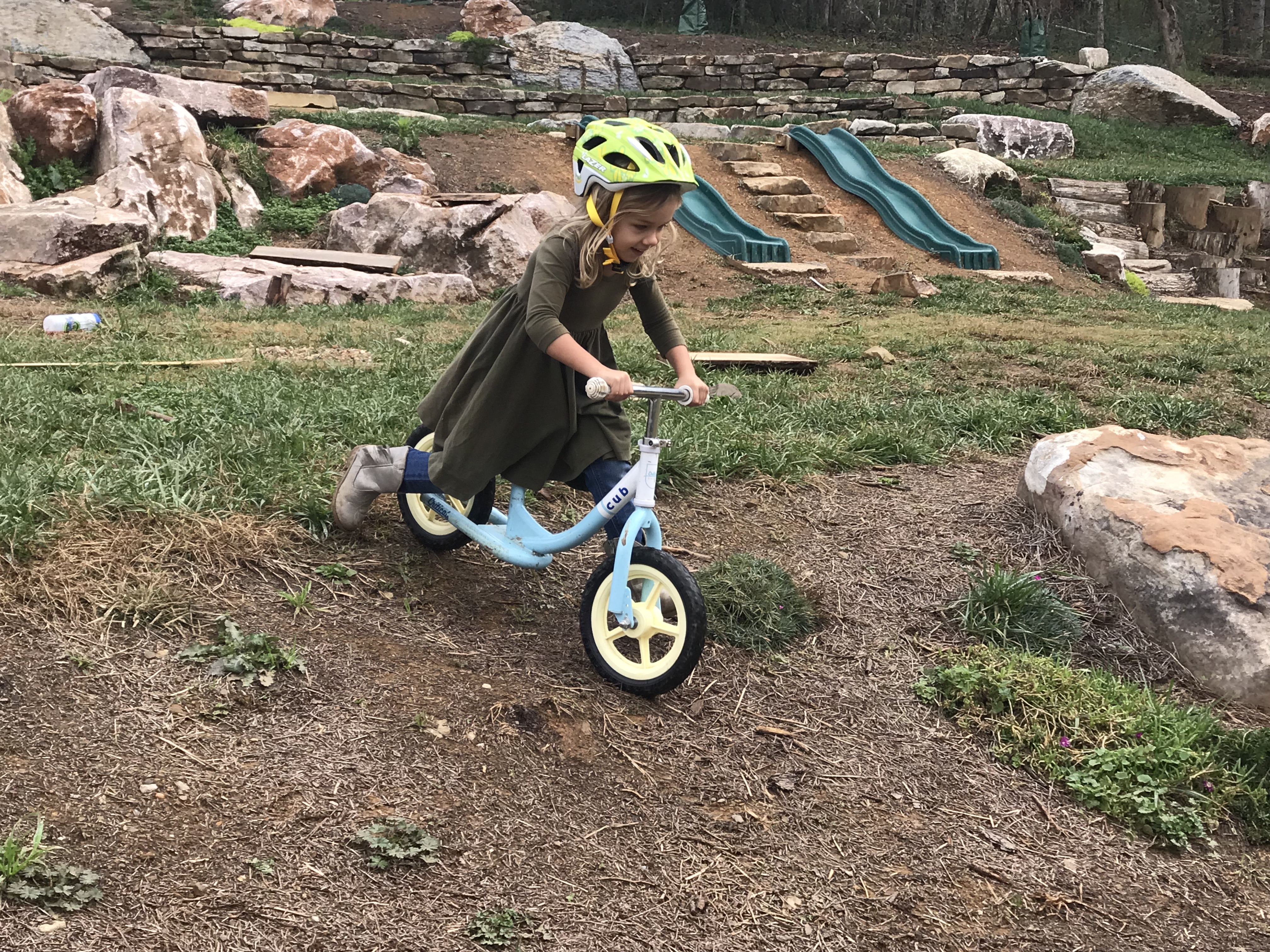 Eastern Tennessee is home to Knoxville, a big city with a small town heart that offers up the perfect mix of outdoor adventure, history, exciting places to visit and urban amenities, eateries and museums.

For families looking for a hidden gem and boundless excursions, Knoxville offers the best of the new and old world. Hidden in the southern Appalachian region, Knoxville puts outdoor experiences just a few steps or short car ride away while also presenting urban attractions ranging from live shows, festivals, museums, wineries and breweries and a booming culinary landscape.

Knoxville is located 869 miles east on I-40 from Oklahoma City, with an estimated drive time of about 13 hours. Here are some fun options for families to choose on their trip to the Knoxville area. 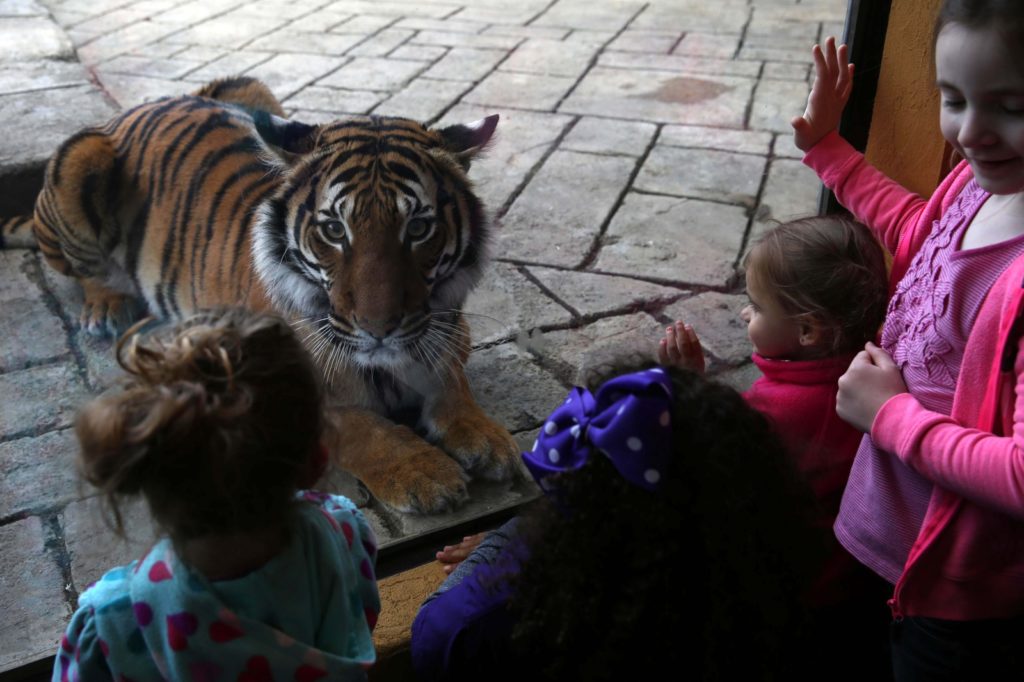 Visitors to The Knoxville Zoo can get closer than ever to Malayan tigers thanks to the new Tiger Forest exhibit, which opened last April. The new exhibit features two rare Malayan tiger brothers and a 3-year-old Malayan female as part of the new Boyd Family Asian Trek, which also includes primates and various species of
Asian birds.

The Knoxville Zoo offers more than just an intimate experience
with tigers. The zoo began in 1951 with an alligator, and since then, the Zoo has become accredited by the national Association of Zoos and Aquariums (AZA) and has a few special honors not shared by other zoos.

Knoxville’s Market Square is the quirky, art-filled heartbeat of downtown Knoxville, just blocks away from the iconic World’s Fair tower, another neat excursion to explore.

The Market Square is lined with local, independent shops and restaurants, open spaces for live musicians and performers and a pleasant little park that boasts public art. On any given day, buskers may put on an impromptu violin concert or guitar performance and public events and shows are often hosted along the Market Square.

Tomato Head, an organic restaurant, was among the first businesses to call Market Square home, even before the renaissance of the downtown Market Square area. It’s still a favorite eatery among the locals.

The Knoxville Urban Wilderness, a preservation project by Knoxville’s Legacy Parks Foundation, is located along 1,000 forested acres and offers recreation in a unique urban wilderness for hikers, mountain bikers and trail runners.

The South Loop Trail System offers 42 miles of easy to moderate hiking while a 12.5-mile loop connects the city’s Ijams Nature Center to the Anderson School Trails, wildlife management areas and more. Trails vary from easy to extreme, so visit www.outdoorknoxville.com/urban-wilderness to find the right one for your family.

The Urban Wilderness is also home to one of the nation’s few Black Diamond mountain biking courses, a slightly terrifying course that incorporates rock trails, steep descents and more. Future plans include using an abandoned church building for a hotel, eatery and brewery and a public space for gatherings as well.

Legacy Parks offers a pocket map for the Trail System, which can be found at the Knoxville Visitors Center, the Outdoor Knoxville Adventure Center and at many outdoor retailers in town.

High in the air, children (who are at least 7 years old) and families navigate high-wire adventure challenges, skipping across swinging logs and balancing on thin rope in a self-guided aerial adventure park high in the trees at the Navitat Adventure Park at the Ijams Nature Center. 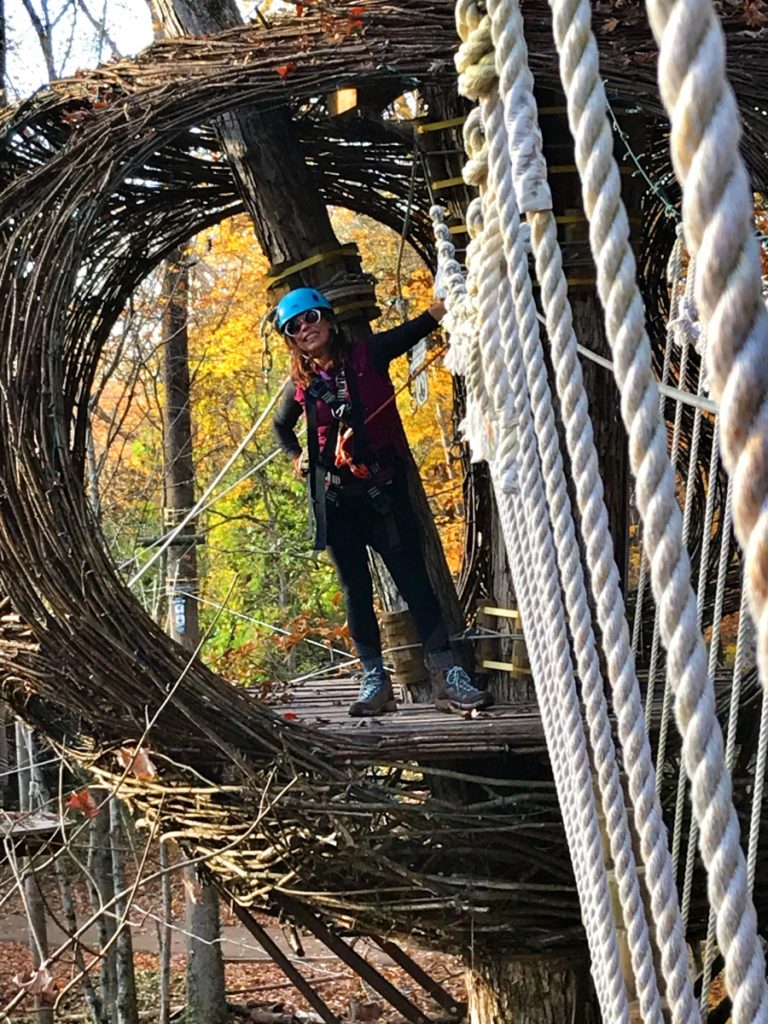 No worries, everyone on the adventure is hooked in with safety equipment, so even if you do slip, you never fall far.

The Navitat adventure always starts with a Safety Briefing in which everyone learns how to use the equipment. From there, participants move to the Treehouse, a central platform from which all six adventure trails begin. Families can choose a beginner or moderate trail for zipping, climbing and conquering challenges.

Just outside Knoxville, families can step back in time to explore how life was lived in the heart of the Appalachian Mountains at the unique Museum of Appalachia.

A living history museum, the Museum of Appalachia is a farm and village that features the history, voice, artifacts and stories of the people of Southern Appalachia. Children can wander and explore an Appalachian village complete with 35 real log cabins that were relocated to the property, actual barns and churches, the house that Mark Twain grew up in and more than 250,000 artifacts in three buildings.

The Hall of Fame building features more than 200 exhibits that celebrate the famous, colorful and lesser-known characters from the Appalachian region.

The Museum of Appalachia started in 1969 with three cabins, and today, the museum hosts concerts, holiday events and school field trips. One of the largest events is the Tennessee Fall Homecoming that features hundreds of musicians and craftsmen who celebrate Appalachian life.

From folk art to baskets and musical equipment, families explore how life was lived, but can also enjoy a hearty, home-cooked meal at the on-site restaurant, peruse the two-story gift shop or play with the goats and farm animals on the 65-acres living history site.

The American Museum of Science and Energy

Just outside Knoxville, a secret city was built in two years with the express intention of helping America win World War II. The 125,000 residents and workers at Oakridge didn’t know what they were working on and were not allowed to speak about their jobs, but they knew it was something big.

On Aug. 6, 1945, American forces dropped the first atomic bomb on Hiroshima, starting a chain of events that would end the war. Oakridge, a secret city built outside of Knoxville, was one of three locations of the Manhattan Project, a massive undertaking to harness the power of atomic energy and create the first atomic bomb.

At The American Museum of Science & Energy, families can learn about the history of Oakridge through an intensive exhibit and film, but also explore other exhibits focused on science and energy.

For a quirky Americana expedition, travel a half hour east to Dandridge and Chestnut Hill to visit the Bush’s Best Beans visitor center and restaurant, housed in the original A.J. Bush & Company general store, founded
in 1897.

The center, which is free and open year-round, offers up the history of the Bush’s Beans empire ranging from its humble beginnings in Dandridge to the modern factory today. A short film explains the history of the company and an overview of how the beans are made and packaged, and kids can get their picture taken with Duke, the famous Bush’s Best dog.

The on-site cafe is known for its homemade dishes like beans and cornbread and Southern desserts like pinto bean pecan pie.

The American Museum of Science and Energy