I have a confession to make: I don’t take my vitamins. At least, I don’t take them regularly, even though I know I should. I’m better about making sure my children take theirs, but I admit, even that can be hit-or-miss. Recent research, however, has a lot of moms like me paying attention to the importance of vitamin D.

The medical community has known for years that vitamin D deficiency can cause rickets in children, a disease that is actually on the rise after lying relatively dormant for many decades. We’ve also known that vitamin D plays a major role in bone health and the prevention of osteoporosis. New studies have shown that vitamin D may protect against a host of other diseases, such as high blood pressure, cancer, and autoimmune diseases, in addition to providing a huge boost to the body’s immune system. With so much buzz, an investigation seemed warranted!

Vitamin D: The Basics
First off, vitamin D isn’t really a vitamin at all. The term refers to a group of secosteroids, compounds derived from steroids. The two major forms of vitamin D are D2 and D3. When you see the term “vitamin D” without a superscript it is referring to one or both of these forms. Vitamin D3 is produced in the skin as a result of exposure to ultraviolet B light from the sun, and it occurs naturally in a small range of food sources including fish, eggs and meat. Some products such as milk are fortified with vitamin D, and it is also available as a dietary supplement.

Caucasian skin produces approximately 10,000 units (IU) of vitamin D in just 20-30 minutes of sun exposure during the summer, 50 times more than the current FDA recommended daily allowance of 200 IU. The body metabolizes D3 into calcitriol, which is then circulated throughout the body. Research indicates that adults who regularly avoid sunlight exposure should supplement with 5000 IU of vitamin D daily.

Vitamin D Deficiency
Vitamin D deficiency can occur in a number of possible ways. Avoiding sunlight is obviously a potential factor. Following a strict vegetarian diet may also lead to a deficiency, as most natural sources of vitamin D are animal-based. Individuals with dark skin are at higher risk of vitamin D deficiency. High levels of melanin in the skin impede the skin’s ability to produce vitamin D in response to sunlight exposure. In some cases, the kidneys are unable to convert vitamin D into its active form, calcitriol. This becomes more common with age. Certain medical problems such as Crohn’s disease, celiac or cystic fibrosis can affect the intestine’s ability to absorb vitamin D. Finally, obese individuals often have lower levels of vitamin D in circulation.

Symptoms of vitamin D deficiency can easily be missed, as these symptoms are often attributed to other causes. Edmond pharmacist Lisa Huggins often advises her patients on the importance of vitamin D. “I advise everyone to get tested. It’s an important step in the process, because some patients may only need the minimum replacement if their levels are already within the acceptable range, although this is very uncommon. Historically, I find most people need anywhere from 2000 to 5000 IU a day of vitamin D.”

Testing Vitamin D Levels
There is no way to diagnose a vitamin D deficiency without testing. A 25-hydroxyvitamin D test, also known as a 25(OH)D test is a blood test that can be performed at home and mailed off to a lab with a simple kit or at your clinician’s office with a lab order.

Current Research
While research is far from complete, news headlines about the implications of vitamin D in the treatment and prevention of many diseases have caused a stir. These studies show that daily requirements may be up to ten times greater than what is currently recommended, and that most individuals are, in fact, vitamin D deficient. Research shows that vitamin D is a major factor in the pathology of at least 17 different types of cancer, including breast, colorectal, bladder and prostate.

Proper vitamin D supplementation has also been linked to the treatment and prevention of other major illnesses, such as heart disease, hypertension, diabetes, inflammatory bowel disease, Crohn’s disease, fibromyalgia, multiple sclerosis, arthritis, osteoporosis and depression. According to Huggins, “Vitamin D supplementation is an easy thing anyone can do to maintain optimal health. The research out there shows there is very little if any harm in supplementing up to 5000 IU daily, and the potential benefits are extensive.”

With such promising research, vitamin D supplementation is a simple way to improve your overall health and protect your bones. I’m excited to see what this further research tells us about the treatment and prevention of disease. If you have any questions or concerns about vitamin D testing or supplementation, contact your clinician or pharmacist for more information.

Shannon Fields is a freelance writer and a Certifi ed Pharmacy Technician at Innovative Pharmacy Solutions. 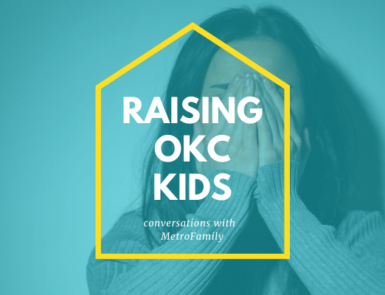 Episode 87 – It can happen to anyone: What you need to know about domestic abuse 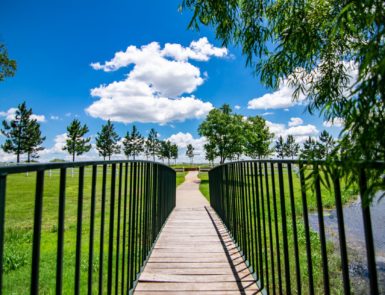 Confronting addiction and the realities of recovery