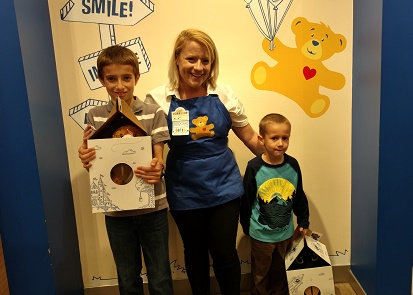 Oklahoma City family fun comes in all shapes and sizes.

Isaac is at play. I hear his voice echo throughout the room. He makes up the background sounds of our household, narrated with help from Transformers and other action figures.

There are three boys in my household, not counting my husband, who may or may not join in their play. I've learned more than I ever really cared to know about superheroes, rescue squads and robots through osmosis; just being nearby is enough to pick up on the constant banter and impossible plot lines.

We've never been a family that cherishes stuffed animals.

The idea of a security object is new, since we don't have that many toys of the cuddly variety. Hard plastic is difficult to snuggle and we hadn't seen a need until just now.

Gabriel will be 2 in January and he attended preschool for the first time this fall. Attended is an optimistic word. Went and didn't have a good time/cried to go home/kept all the other toddlers awake during naptime is a more accurate description.

His teachers recommended establishing a security object, something to accompany him at school that would remind him of home. I'd read about the concept, since it's pretty much the opening chapter on every book ever about toddlerhood. My older two children, though, just didn't attach to any one thing.

Bear is that thing for Gabriel. He was a hasty purchase and no one gave him a more creative name. We can't go to school without Bear; should he be left behind, we have to turn around because school isn't happening without him.

A stuffed lovey made all the difference. I could see that working for Gabriel. What I couldn't predict, though, was that our 4 year old, Isaac, would all of a sudden also want one.

"I don't know. You've never wanted one. Do you need one? I mean, you've made it all this time without one," I countered.

"Of course I do," he affirmed.

Sam is 9 and he joined right in without even a trace of a sheepishness. The same preadolescent who insisted anything little-kid-related isn't for him certainly didn't feel too old or anything to declare his absolute need for a stuffed animal.

Off we went to Build-A-Bear.

I'd never been to a Build-A-Bear store. I had no idea what to expect.

The Penn Square Mall location's staff gave us a tour and we weren't disappointed. I was wondering what we'd possibly find there with unique appeal to three little boys who love action heroes; sparkly stuffed unicorns and neatly-dressed dolls were what I was expecting. 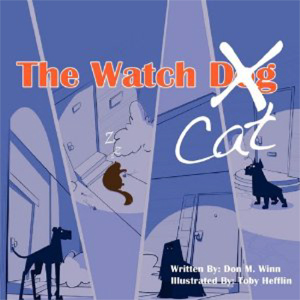 It wasn't that way at all. We saw "Star Wars" teddy bears, Care Bears, practically every kind of animal you'd find in a zoo. My boys looked on in wonder. They each selected their animals with care and went through the process of choosing exactly what went into them, from the way they'd smell to the sounds they would make.

The Build-A-Bear staff confirmed what I had just learned: although their target demographic is ages 2 to 10, older kids and adults also really like creating stuffed animals.

Here are three reasons why I ended up unexpectedly loving Build-A-Bear:

Isaac's dragon is less noisy than his action figures. Sam holds onto his cat and talks about his kitten. Gabriel's Bear can now be traded for Bunny now and then. They really love them and that's a welcome change from all the plastic guns and cars.

I just might want one too, a little bit.