The Power of Play - MetroFamily Magazine 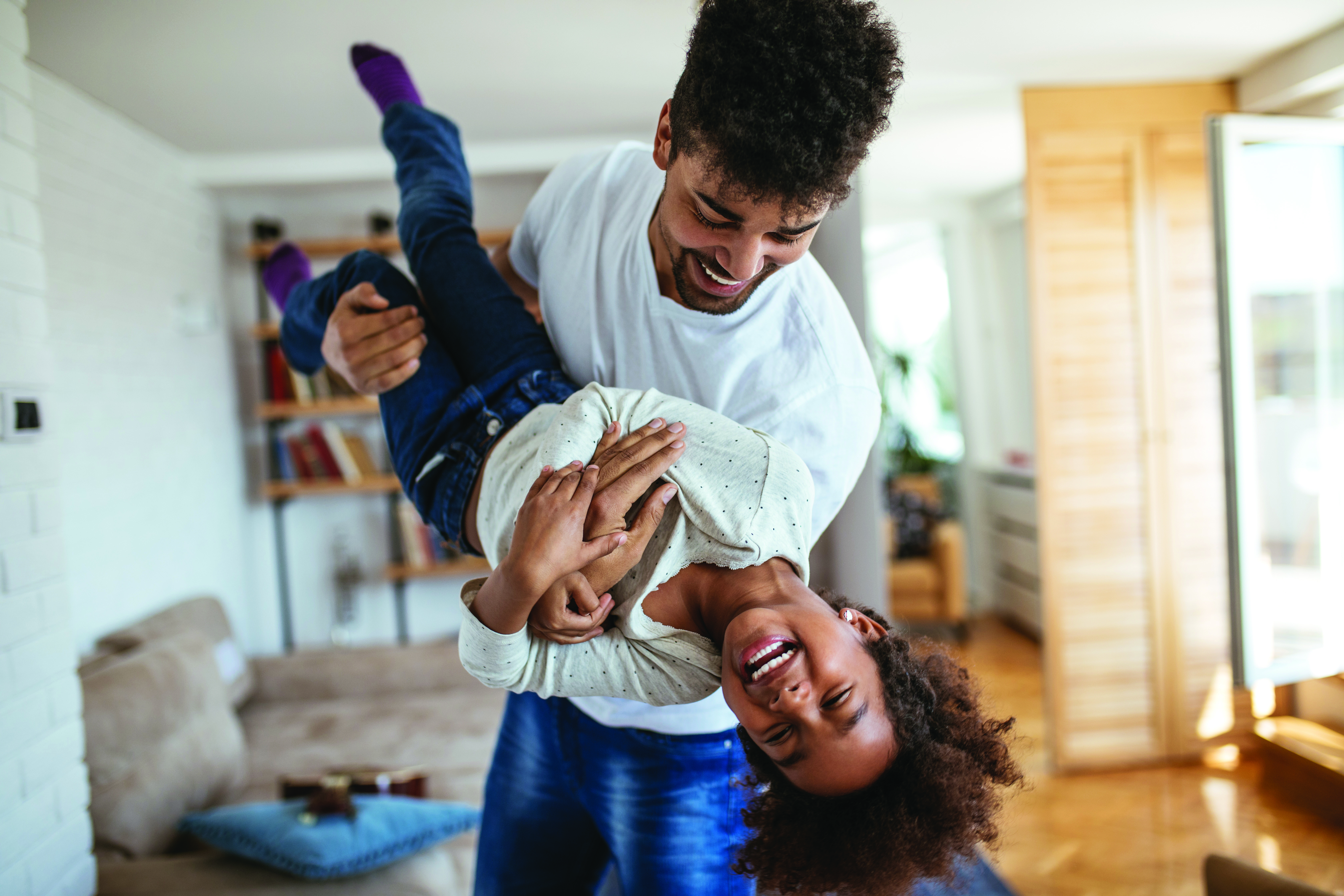 How play and playfulness can strengthen family bonds and result in happier, healthier children.

Play-based learning may sound like an oxymoron, but certified child psychotherapist Dr. Norka Malberg advocates that without the benefit of play, children don’t have the building blocks upon which they can learn to read, solve math problems or understand emotion. Malberg, who practices in New Haven, Connecticut, and serves as assistant clinical professor at the Yale Child Study Center, recently presented her findings on how play and playfulness impact child development and relationships to Oklahoma City-area parents and caregivers.

“Being creative comes before learning,”said Malberg, who has 25 years’experience in psychotherapy and psychoanalysis as a clinician, researcher and trainer of other professionals.“Play is not only important to cognitive development, it teaches how to make a sequence, use the imagination and manage emotions.”

As explicit academic instruction and testing expands into lower grade levels, play has taken a backseat in many schools. Without the developmental foundation gained through play, kids can face deficits in learning. Malberg reports that in Scandinavian countries, kids don’t learn to read or write until ages 5 or 6, but those same kids test better in high school than American students.

According to a recent clinical report by the American Academy of Pediatrics, cultural shifts are also to blame, including less parental engagement, often due to work obligations, fewer safe places to play and more digital distractions.The Canadian footwear and apparel manufacturer Kamik found in a 2018 survey that American kids today spend 35 percent less time playing outdoors than their parents did. Another factor in the decline of free play is the social pressure to keep kids occupied with extracurricular activities, with the average American child between ages 3 and 12 engaged in five structured activities a week.A general lack of play, or play only through screens, has contributed to what Malberg calls an epidemic of over diagnosing and over medicating children.

“We’re seeing more kids that don’t know how to manage their emotions,”said Malberg. “We learn about who we are through play and playfulness. It’s investing in emotionally healthy kids.”

Play is crucial to the parent-child relationship. When parents and care takers engage in play or exhibit an attitude of playfulness, the attachment system relaxes, building stronger connections. When parents approach children with a playful spirit, they are better able to imagine what the child is thinking or feeling and more apt to convey flexibility and a willingness to work with the child’s varied temperaments.

“Play is the best way to get to know each other,” said Malberg. “This is how kids get to know who they are, and parents want to be a part of that.”

Playfulness incites curiosity and openness and serves to calm emotions, particularly helpful when a relationship faces challenges,whether a toddler temper tantrum or a teen angry about curfew. Though play comes naturally to most kids, parents can be a different story. For parents for whom Lego-building or Barbie-playing is akin to torture, Malberg reassures that play is not actually about what you do. Rather than stressing about how to cram playtime sessions into an already jam-packed day, Malberg urges parents to think about adopting an attitude of playfulness in their homes.

“Everybody wants to focus on the tangible,and this is not about that,” said Malberg.“People are busy, but there are very different ways to integrate playfulness. Play is an attitude.”

Drawing on her Connecticut practice, extensive research and service on the Yale Child Study Center, among various other instructional positions, Malberg shares tips for families to integrate play into their everyday lives.

Malberg believes after-school activities are inherently good. The problem often arises from the parents who can become harried rushing kids to various activities around town. Kids pick up on the parents’ stress and arrive to their activity stressed themselves, defeating the purpose of the activity’s benefits.

“It’s important that children have after school activities, but it’s more important that they have a quick game of Jenga and a laugh with their parents,” said Malberg.

When chauffeuring kids to activities, parents can decrease stress levels and model playfulness by playing games. Count the number of red cars, play I Spy or turn up the music and sing together. Even in the chaos, moments of mutual enjoyment and play can strengthen relationships.

Homework time is stressful for parents and kids alike. By building in games or moments of relaxation and laughter, minds can be calmed and emotions leveled. Malberg encourages parents to set a timer, saying to the child: “Let’s work on homework for 15 minutes, then we’ll take a break before getting back to it.” Use the break to do something creative together; one of Malberg’s favorite games is called Squiggle, where the parent makes a line or squiggle on a piece of paper and the child creates a drawing incorporating it.

Coloring or playing a board game can be calming as well. This strategy also works when experiencing conflict with a child, or another adult.

“Build in five minutes of laughter or relaxation in what tends to be something stressful,” said Malberg.

Give kids some control

Particularly for young children, allowing them control over playtime with parents can be empowering. If a child experiences a difficult or scary situation, they use play to manage their feelings.

“If a child felt a teacher was mean or scary, they become the mean teacher [in play] so they feel more in control,” said Malberg. “When it comes to symbolic play, just let them be because they are usually trying to tell something.”

“Parents worry about socializing their kids, that if they don’t teach the rules and they go to someone’s house and break the rules they will get in trouble,” said Malberg.

The parent and child can acknowledge together that they are playing by the child’s rules, breaking the game rules together.

“You’re acknowledging with the child that it’s OK for them to do that with you,” said Malberg.

When it comes to aggressive play, Malberg says no matter how much parents control screen time or kids’ experiences, they can and will, for example, make pretend guns out of anything. Malberg reminds parents that when kids play aggressively, they typically don’t have intent behind their actions. As kids become more risk-taking, they use play to act out scenarios or try out behaviors.

“We have become too scared of children’s aggression, so we punish and try to control,” said Malberg, who is appalled at the rising trend of expelling young children from school for aggressive behavior. “They are just getting their footing in the world and you are telling them the world can’t handle them.”

Malberg worked with a young child continually getting in trouble at school for pretending to shoot his teacher with his finger. By explaining to the child that his actions make grownups scared and
subsequently very strict with him, he learned to take his teacher’s perspective into account when he feels the urge to play aggressively.

“His perspective is he’s just playing but now he knows that the teacher gets worried and scared,” said Malberg. “He understands there is something behind the behavior, there is emotion.”

Rather than a rule of thumb about how much screen time is appropriate, Malberg asks parents to consider why a child is engaged in screens, particularly when they spend more time in front of the TV, phone or computer. Sometimes a child may want to momentarily disconnect after coming home from a hard day at school, but increasing screen time can also be an indicator of larger issues, like learning challenges or bullying.

“Ask yourself why before you try to fix it,” said Malberg. “We jump into fixing not necessarily knowing what we need to.”

As technology and screen time increase for all of society, Malberg says humans don’t understand the full impact on our capacity to communicate, tolerate frustration, manage emotions and consider others’ feelings. In her more than two decades in practice, she’s witnessed an increasing health impact, including higher anxiety levels in parents and children.

Malberg believes technology can offer wonderful benefits to kids and families as long as they aren’t used as a substitute for the parent-child connection. When her two boys were teens, the whole family put their phones in a basket at the door when they arrived home. Phones stayed in the basket for at least several hours, especially through dinnertime, so they could focus on connecting with one another. Friends, family and colleagues were informed of their house rules, too, so they would understand why calls or texts might go unanswered.

Adopting an attitude of playfulness

“It’s pervasive in terms of the expectations we have of ourselves and our kids,” says Malberg of the increasing pressure parents feel in today’s world. “And that impacts the way we are with our kids.”

But as her clients and other families have intentionally incorporated an attitude of playfulness, Malberg notes benefits like less conflict, easier transitions, better problem solving, a mindset of kindness and relationship quality improvement.

“There is so much value in mutual enjoyment,” said Malberg. “Being playful can help every relationship you have.”

Editor’s note: Dr. Norka Malberg was a featured speaker during the Outreach Conference of the Oklahoma Society for Psychoanalytic Studies (www.osps.info), held recently at OU Health Sciences Center. The goal of the educational conference is to provide parents and caregivers practical tools regarding children and youth development, behavior and wellness.