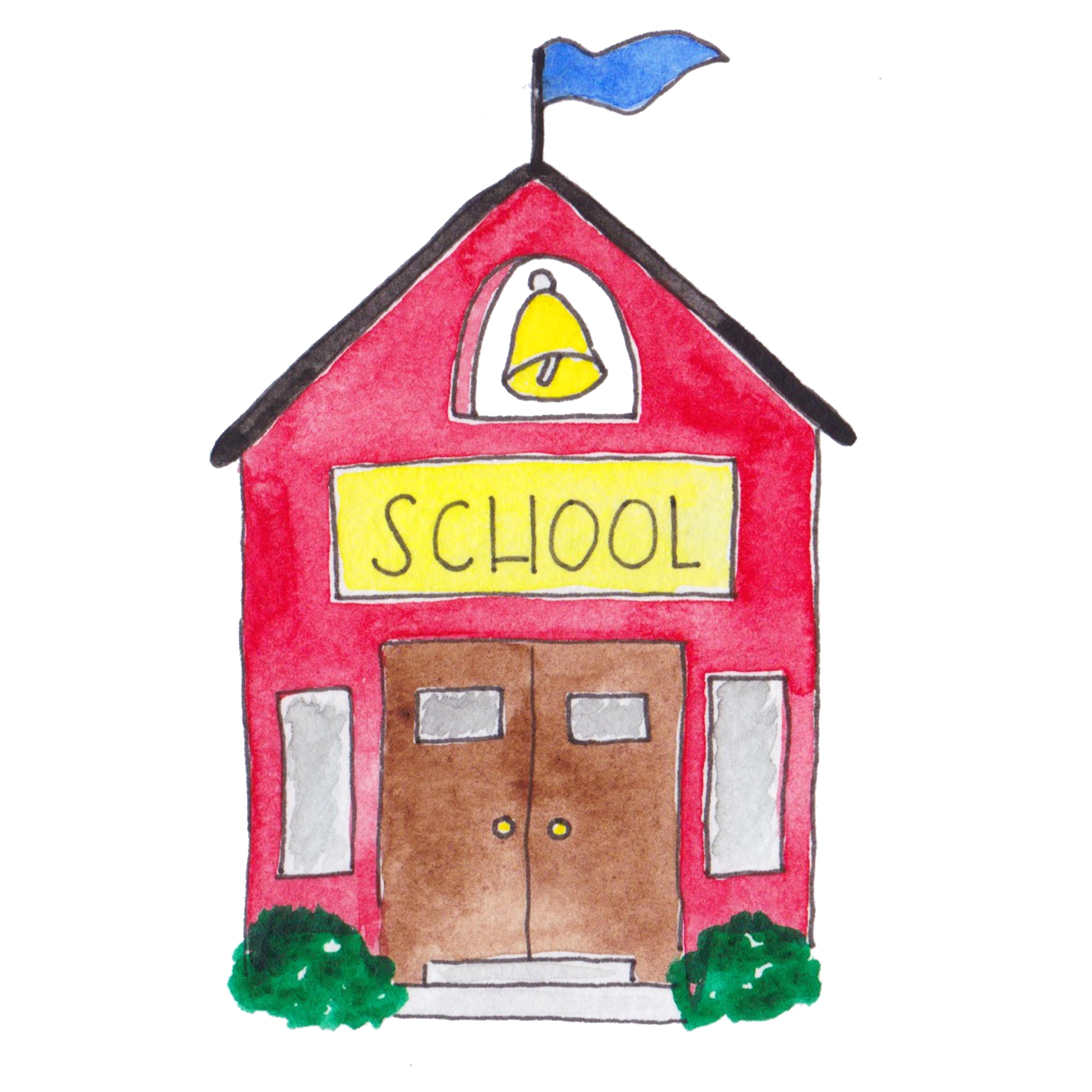 High-stakes testing of Oklahoma students has long been a concern of educators and parents alike. While state legislators were reducing public education funding thanks to a $1.3 million budget shortfall earlier this year, they also passed new legislation in May that will change the way Oklahoma students are assessed.

Under the former law, high school students had to pass at least four of seven End of Instruction (EOI) tests to graduate. In many cases, teachers had to give all seven tests at every opportunity, a minimum of three times per year, to ensure students would pass. That’s 21 half-days of a student’s year spent testing, to say nothing of the time spent preparing for each of those tests.

“Such a heavy emphasis on testing has stifled the creative process for everyone,” said Putnam City North English teacher Stephanie Anderson, whose 10th grade students formerly had to pass the English II EOI to graduate. “It has also started to create an environment where kids just want to give the right answer, rather than work through the thinking process.”

Under the EOI system, student testing in Oklahoma cost more than $18 million and eliminating EOI testing could save upwards of $5 to $7 million. Only a fraction of student testing is paid for with federal funds.

“There is no reason to pay millions of dollars for testing that is not something our students can use beyond high school,” said Anderson.

“Due to data concerns, teachers are often told what to teach and when to teach it,” said Anderson. “We want to facilitate a love of learning, and ‘teaching to the test’ does not allow that creative side.”

Meika Hines, mom of Norman Public Schools students, was shocked to see how testing affected even her pre-kindergarten daughter. She recalls a certain day when her daughter, who reads at a second grade level, simply didn’t want to identify certain letters on a test because “4-year-olds don’t always feel like cooperating.”

“I don’t believe all of these ridiculous tests can measure students' success or intelligence,” said Hines. “I definitely don’t believe the stress it puts on their little shoulders is worth the time, effort and energy our teachers are having to expend to test them.”

While testing reform is in the cards for Oklahoma, it’s not certain what will replace the old high-stakes testing process. The message is clear, though, that preserving time in the classroom teaching relevant content and preparing students for college, not a test, is a priority in our public schools.

“The immediate effect will be more time in the classroom,” said Jacobs. “High school teachers and students can focus on the new academic standards, not a single test at the end of the year.”

The call for reform

Student testing stems from the need for accountability in public schools, which most administrators and educators welcome.

“Our work is about student achievement and measuring and adjusting our work in relation,” said Siano. “We have always been supportive of accountability.”

End-of-the-year tests should aid schools in identifying their weak areas, and then realigning curriculum and providing professional development for teachers based on those weaknesses. Because of inconsistent testing vendors, standards changes and unreliable data, Shannon Thompson, dean of academics for Moore Public Schools, said Oklahoma schools and teachers haven’t been fully able to take advantage of the data provided.

“Without consistency, you cannot trust the data that is supposed to be guiding your planning,” Thompson said.

As the amount of student assessment has steadily increased since the No Child Left Behind Act of 2001, the benefits of those assessments have not, instead putting undue pressure on students and teachers and compromising students’ education. Thompson has seen her district’s high school students suffer from losing valuable instructional minutes in the classroom, even becoming physically ill from the stress of having to pass tests to graduate. High school students were giving up special career courses and career exploration programs to instead take remedial classes meant to prepare them for EOIs.

“We have to think about the goals of learning,” said Jacobs. “Those goals have to be so much bigger than a single high-stakes test.”

In the face of pressure for students to test well, Anderson feels fortunate that her principals have still been supportive of creative teaching. When she wanted to teach drama in September to coordinate with a performance of “Othello” by Oklahoma Shakespeare in the Park, her administration allowed her the flexibility, even though testing guidelines called for her to be teaching short stories. She received very positive feedback from students and their families who saw the performance together but she knows many of her colleagues haven’t had that luxury.

“Teachers need the freedom to be creative and flexible within our own classrooms,” Anderson said. “Testing has taken a lot of that away from us.”

Thompson said Moore has combated the “teaching to the test” mentality by encouraging teachers to collaborate, share instructional practices and integrate subject areas as much as possible, freeing up time for more creative lessons and activities. Still, she has seen the profession suffer under the stress and frustration of testing.

“There have been many mid-career age teachers resign, claiming the pressures of testing as the reason they left the profession,” Thompson said. “I feel it has greatly contributed to the teacher shortage.”

Oklahoma’s old EOI tests were created specifically for the state and didn’t compare to other states’ testing mechanisms or show college or career readiness. Siano calls EOIs one of the “least impactful assessments in terms of advising instruction.” He founds that the quality varied and the benchmarks of passing or failing changed from year to year. Instead of preparing kids for college, teachers were preparing kids to pass EOIs.

“We have teachers spending the entire school year preparing kids to take a test,” said Putnam City School District mom Misty Warfield. “This type of instruction is not conducive to a positive learning environment and it is wearing on our students and educators. Our students are not free to learn in a way that works for them and our teachers are not free to aid in learning that is beneficial for each student.”

As teachers and students suffered under the high-stakes testing regime, many, including State Superintendent Joy Hofmeister, called for reform, and legislators listened.

A year of transition

The new legislation successfully rids students and teachers of all non-federally required tests, save one. Now, high school students will take tests in English, math, science and U.S. history just once in their high school career. The new law drops five other state tests in lower grades, now requiring one English and one math test in each grade from three through eight, a science test in grades three through five and a science test in grades six through nine.

“It’s as if a weight has been lifted off of me,” said Laughlin of the new legislation. “I felt as if my job wasn’t to teach, but to teach students how to take a test.”

Perhaps most reflective of a change in testing mentality, students won’t necessarily have to pass tests to receive their high school diplomas.

“Withholding a child's diploma because of a single exam is unconscionable and it has been happening in Oklahoma,” Jacobs said. “There are too many variables that one multiple-choice exam can't take into account.”

This school year will be one of transition and while EOIs won’t be administered, the final decision on which tests will stand long-term has not been made. This year, tests that satisfy the new requirements will be pulled from the state’s bank of testing materials. The State Board of Education must issue an RFP to build a new assessment system for grades 3 through 12, which will begin in the 2017-2018 school year.

New tests must provide compatibility with tests in other states. At the high school level, they must provide a measure of students’ future academic performance and career readiness to colleges, universities and employers. Students’ highest test scores will be reflected on their transcripts.

“Moving to something like the ACT will help,” said Anderson. “However, testing still means data and school report cards and emphasizing a test rather than the whole picture. There is a balance but we need to work to find it.”

The A-F letter grade system for schools will also need reform, as it’s based on student test scores. Schools will still be assigned an A-F rating this year based on scores from the new testing procedures but the State Department of Education will have to develop a new system by Jan 1. Many school administrators are eager to see the rating system go; Siano hopes the Department of Education’s new system is more accurate, informed and reflective of what goes on day in and day out in Oklahoma schools.

“You can’t tell the story of a school by giving one letter,” said Siano. “We all know schools are a lot more.”

“We have told teachers to teach using these new standards, understanding that due to the increase in rigor and difficulty, students’ scores may fall,” said Thompson.

“Now we have stabilized what our standards are going to be going forward,” said Siano.

As a 10th grade English teacher, Anderson’s students will still have to test in her classroom. Her focus on test preparation and benchmark exams remains the same, regardless of a change in standards or testing.

“We don’t know a lot about this test but my guess is it will be very similar to the EOI in style or format,” said Anderson. “I don’t [see] a lot changing for me in regards to being able to teach more creatively.”

Educators are cautiously optimistic that a more consistent and reliable assessment process will be in place next school year.

“Oklahoma is already making small steps of progress by acknowledging we have an education crisis in our state and eliminating EOIs,” said Laughlin. “I hope we will continue this progress by examining the tests we are giving our students and making sure they are accurate measures of knowledge and purposeful for long-term success.”