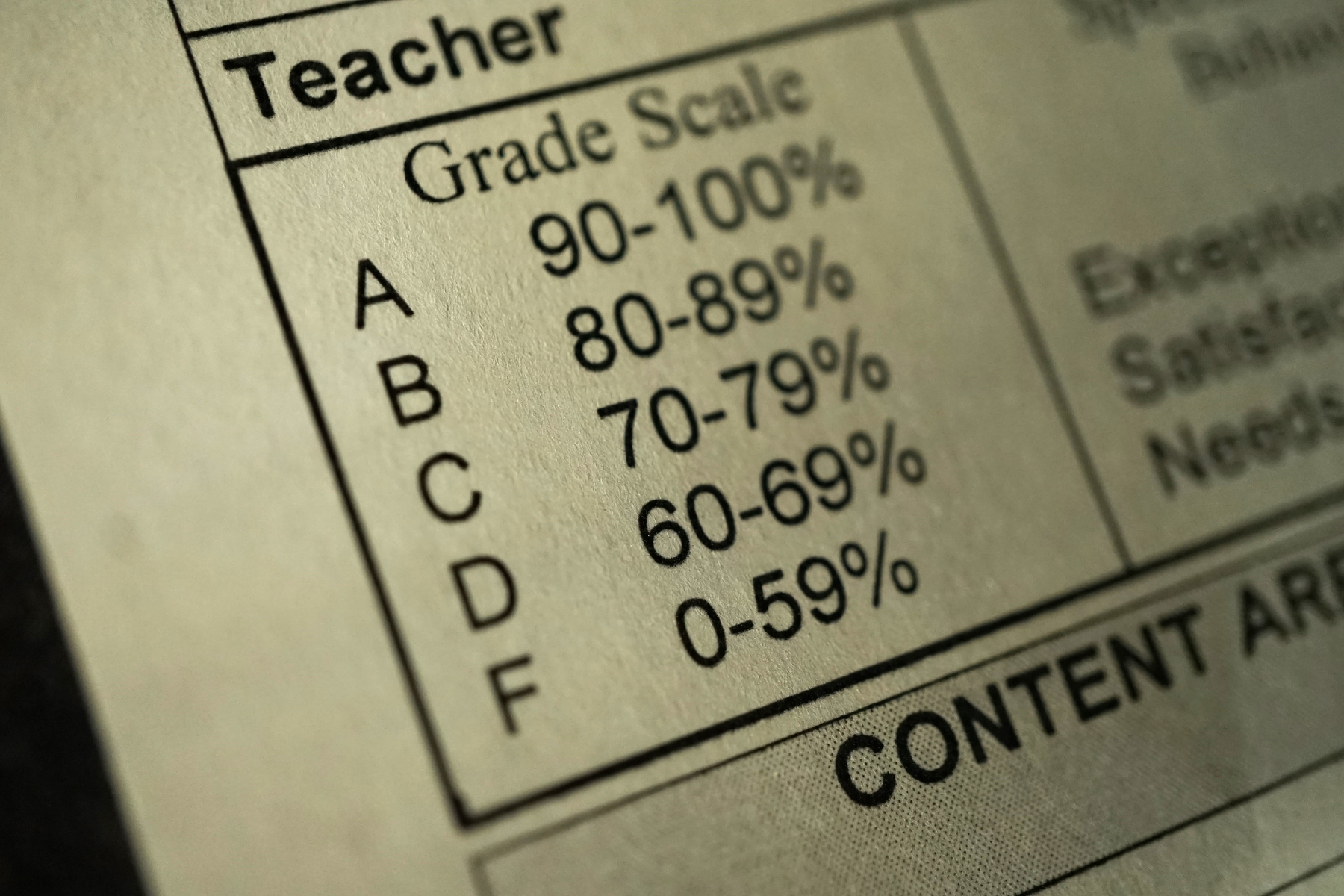 Rather than assigning students a traditional letter grade, a narrative grade is typically several paragraphs written by the instructor providing feedback on the student’s performance in the class, noting their strengths, areas for improvement and how they met the objectives for the course.

Before he started Odyssey Leadership Academy in Oklahoma City, Dr. Scott Martin taught at private and public schools in central Oklahoma, both higher education and K through 12. What he saw in every school he taught was an over-reliance on grades as a measure of success. And the students were suffering.

“I had a student who got a 34 [on the] ACT,” said Martin. “She got accepted on scholarship to Brown, and she was a brilliant, hard-working student — just so full of life, so full of energy. And she ended up trying to take her own life. She took two razor blades and cut her wrists. Thankfully, she didn’t succeed, but it was because she was so stressed out about maintaining her 4.0 GPA.”

Based on his experience with that student and several others who either did not receive proper motivation to excel or were caught on the hamster wheel maintaining high averages, Martin had to do something. He decided that, if he could help it, he would never give another grade to another student.

Now starting its seventh year, Odyssey Leadership Academy still has not issued a grade, but its students are thriving. Last year, graduates of the small private school amassed $800,000 in scholarships, armed mainly with narrative assessments that tell the story of the students’ educations and accomplishments.

“I’ve never had a school say, ‘No GPA? We’re not going to take your kid,’” said Martin. “It’s been the exact opposite of that.”

What does an “A” mean? For more than 120 years, its use in the standard letter-grade system employed by most K through 12 schools and universities connotes excellence and closeness to perfection. Every letter that follows it in the grading system — B, C, D and F — symbolizes diminishing returns on that student’s performance. It is a measurement so deeply rooted in our culture that, if it didn’t exist, literally hundreds of situation comedy episodes involving kids bringing home bad grades would make zero sense. It is also a built-in stressor in the American psyche.

Grades are still a relatively new development in education systems. In the late-1700s, Yale University issued a kind of prototype letter grade based on the Latin alphabet and the concept of “best, worse and worst,” which does not seem particularly encouraging for anyone who does not score “best.” Nevertheless, Yale’s innovation established a foundation for the modern grading system.

The earliest recorded use of letter grades came from Mount Holyoke College in South Hadley, Mass., in the late Victorian era, and due in part to an enormous influx of students, the beginning of a shift from an agrarian to a manufacturing society and the increasingly mandated concept of public education, letter grades became a kind of necessity, a Henry Ford-like way to assess performance, assembly line-style. The advent of multiple-choice tests and quizzes was borne out of the same need to provide feedback in a timely, easy-to-produce manner.

But increasingly, the reliance on letter grades as an arbiter of scholarship and success is being scrutinized. Alverno College, a four-year liberal arts school in Milwaukee, Wis., was an early adopter of narrative reports in lieu of letter grades, creating a more individualized account of a student’s progress.

“The system of student assessment at Alverno College does not include reference
to letter grades,” reads the college’s course catalog. “In fact, one tenet of the College’s educational philosophy is that the faculty do not evaluate students comparatively using letter grades. Instead, we establish criteria for effective performance in each course. In the graduate programs, these criteria reflect standards for achievement within the discipline and professional areas, which
guide all courses in the specific program.”

Narrative assessments are closer to the way real life works. For example, with the exception of the military, most employee evaluations are narrative — rarely does an adult receive an A-to-F grade for what they accomplish in the workplace. According to Alexander Astin, author of the 2016 published book Are You Smart Enough? How Colleges’ Obsession with Smartness Shortchanges Students, a narrative assessment will tell students and parents far more about individual progress than a letter grade with no supportive data to back it up.

“Narrative evaluation provides students with individualized, detailed feedback,” wrote Astin. “Students are not only informed about how well they have mastered the course content but also provided with specific information about their strong points and areas where improvement is needed. This kind of evaluation also affords the professor an opportunity to give the student feedback about basic cognitive skills, such as writing and critical thinking. Narrative evaluations can not only be extremely helpful to the student but also, because the process itself requires the professor to get to know the student’s work personally, strengthen the relationship between the student and faculty member.”

In Oklahoma and in most areas of the country, a premium is placed on letter grades and standardized tests in public schools, and funding is directly tied to such tests. The stress placed on 3rd-grade students taking literacy tests that determine a school’s funding is felt by everyone involved.

Martin, whose school operates on a social justice curriculum that teaches through the study of real-world examples, said grades are an expediency from another era, and that given another option for determining whether a child is accepted to college, admissions personnel are ready for one.

“I saw in my own classroom over the years just how much damage grades were doing,” said Martin. “The leading thinkers in education, especially as you work towards 21st-century learning, are 1,000 percent in this boat. And again, what colleges are telling me now, when we send those narrative assessments out is, ‘Thank you. That tells me what I need to know.’”

Sometimes, the college admissions system is simply not prepared to accept something that is, at its core, a story about one student’s educational experience. Martin shared one example about a student applying online to one of Oklahoma’s state schools. When the student reached a pull-down menu to register her grade point average, the system would not let her proceed without a proper number.

Martin said he simply went to bat for the student like he does for all students as they near the end of their studies at Odyssey.

“This girl would be the valedictorian at any school anywhere,” Martin shared about the student. “She, as a seventh-grader, was staying late after school asking us questions. She’s done brilliant work. I’ve had her in multiple classes. I will vouch for her. I will put my experience, I’ll put my PhD, I’ll put everything on the line to tell you, this girl
has it.”

Martin’s pitch went well, but it still needed to go up the flagpole. He met with the dean of admissions and provided the office with pages upon pages of stellar writing. Ultimately, the student not only earned admission but received the President’s Scholarship based on that work.

So, while public schools are still mired in a post-industrial system of grades and GPAs, Martin said there can be rewards for going deeper with assessments — rewards that will be felt by the students themselves.

“I tell our kids this all the time, if you will do your part — take the classes, work hard, go above and beyond — we will do our part and we’ll see where we land,” said Martin.

A partial example of a narrative grade given to students on a quarterly basis is below:

[Student*] participated in each and every one of our in-class discussions. As teachers, working online and remote, we cannot state how much of a blessing this was to us. While not being the only student who talked, [Student] was someone we could always count on to bolster any given group of students partaking in conversation … [Student] is unafraid to ask questions and think deeply; he’s also willing to admit when he doesn’t understand and is able to serve as the mouthpiece for a larger audience who more than likely had the same question(s)!

[Student] … showed up [to] each of his four class periods on time, prepared and full of encouragement for his classmates. On our days more full of discussion, [Student] had question after question at the ready … but, more than anything else, [Student] demonstrated that he’s someone capable of talking to anyone about anything with an ease and comfort not often displayed in those of us who’ve left our college years behind, let alone for someone who is only just beginning his high school career. 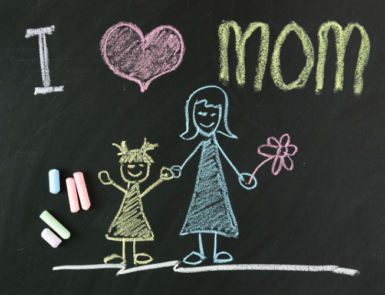 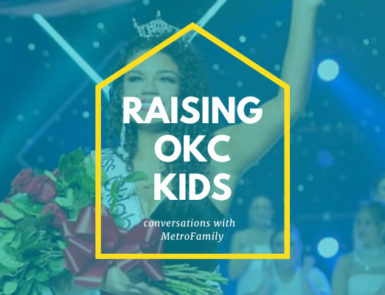