Teens and Sexting: What Parents Need to Know - MetroFamily Magazine 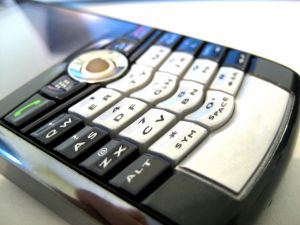 According to internet and mobile safety expert Tim Woda, 22 percent of teen girls and 18 percent of teen boys have texted a nude or semi-nude photo of themselves. This behavior—known as “sexting”—is on the rise, and can have long-term implications.

While teens may think this behavior is harmless, sexting as a minor is a federal crime and children can be prosecuted—a designation that will follow your child into adulthood, affecting college and job applications. “If [teens] are caught sexting, they may be charged with production, distribution and/or possession of child pornography—all federal crimes.”

A new campaign by uKnowKids seeks to inform both parents and children of the dangers of sexting. How can parents help their children to understand the problem?

According to Tim Woda, an Internet and child safety expert and co-founder of uKnow.com: “Sexting does not only affect the reputation of the person involved, it also comes with legal ramifications. In fact, the same minor that sends photos of himself can become both a victim and a perpetrator of child pornography laws. Forwarding such messages to friends or mobile contacts can also come with serious ramifications. There is only a limited number of things a parent can control after a sexting incident, so the best time to engage in this conversation is before you allow them to have a mobile phone or social networking account. When it comes to sexting, being proactive is being safe.”

Here are some important tips to help parents prevent and deal with sexting issues: