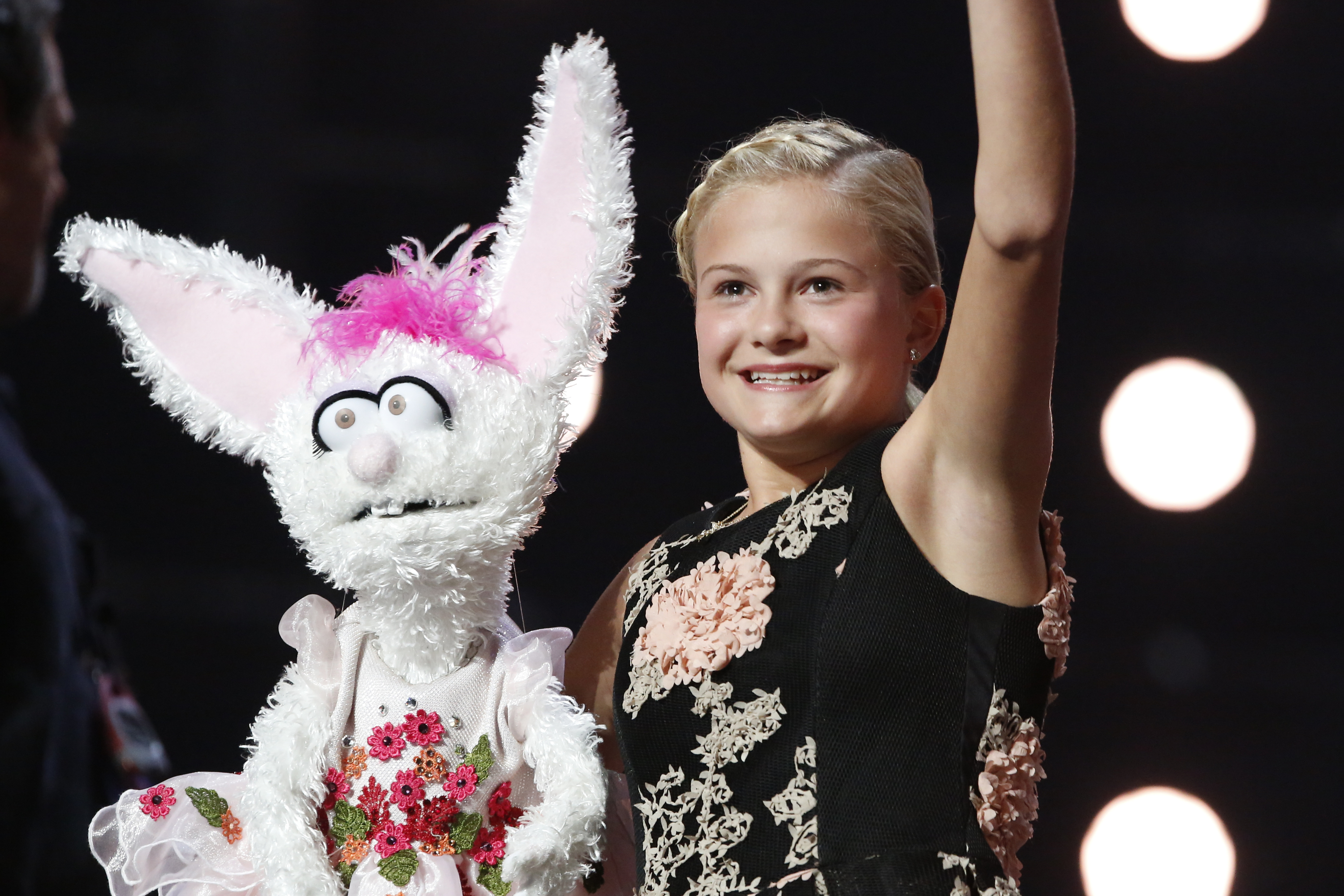 When “America’s Got Talent” judge Mel B pressed the golden buzzer after Darci Lynne Farmer’s sensational ventriloquism audition, catapulting her straight to the live shows to compete for America’s vote, the Deer Creek Middle School student’s immediate response was a tearful “No way!” Farmer’s incredulity at her nationwide popularity and launch to superstardom continued until host Tyra Banks announced her the “AGT” Season 12 winner in mid-September.

The self-proclaimed shy seventh grader isn’t a stranger to the spotlight, winning the Cinderella Scholarship Pageants’ 2013-14 title of International Mini Miss, showing off her impressive elite gymnastics skills to Rumble at halftime of an Oklahoma City Thunder game in 2013, appearing as a guest on “Little Big Shots” with Katie, her yodeling cowgirl puppet, in 2016, then traveling to Britain to perform on “Little Big Shots UK.”

Even those experiences couldn’t have prepared the now 13-year-old Farmer to rack up the most votes ever for a finale show in “AGT” history and more than 300 million views across all social media platforms, according to NBC. Immediately after being crowned the winner and the third ventriloquist to win the show in its history, she declared, after making a donation to her church, her first purchase with her $1 million prize would be a new dishwasher for her family. Farmer will headline the “America’s Got Talent Live” show at Planet Hollywood Resort & Casino in Las Vegas on Nov. 3 and 4, with several of her season 12 competitors serving as opening acts.

What do you like to do when you’re not competing on “America’s Got Talent”?

I love hanging out with my friends in my neighborhood. I love musical theater and I’ve done some pageants in the past.

What are your favorite subjects in school?

When did you get into ventriloquism, and what inspired you?

I met a girl at a pageant who did ventriloquism. We actually won together and got to travel to a couple different states to perform. I just watched her and thought ‘I want to do that so bad!’ I entered Edmond’s Got Talent contest and my mom really wanted me to sing, but I wanted to do ventriloquism. I had just gotten my puppet and we didn’t have anything ready. This was two weeks before the competition. I came up with something and ended up winning the competition.

Who was your first puppet? Do you have a favorite?

The yodeling cowgirl was first. I have about five that I work with right now. One of my new ones [Oscar] is my favorite.

How have you practiced and honed your craft?

I have to practice every day, and my coach, Gary Owen, would come over a couple days a week when we were getting close to going back [to “AGT”] for the live shows. I practice in front of my mom a lot.

Other than the show, what’s been your favorite place to perform?

An event I did in Leedey, Oklahoma, was really fun because it was a fundraiser for a school in Uganda. There were several performers and a lot of people came.

How did auditioning for “AGT” compare to other auditions or performances?

It can’t compare. It was way bigger than any other audition I’ve done. I’ve watched “AGT” over the years, and I knew that Terry Fator won, and Paul Zerdin, so I thought maybe I could win “AGT” as a third ventriloquist.

What was going through your mind when Mel B hit the golden buzzer?

I don’t even remember; it was just awesome! We went there with low expectations. We just were really hoping for three or four yeses. We were not expecting the golden buzzer!

To me, they’re just like any other person. They were super nice. After my first audition, I got to talk to Mel B and take a picture with her. Her accent is really funny. Simon Cowell had a lot of nice things to say. I don’t remember much because I was so nervous! [Throughout the competition] the judges have said so many amazing things to me, and especially coming from them, their words mean so much and inspire me to keep doing what I love with confidence.

How do you sum up your experience on the show?

It has been so amazing and stressful! But I just can’t believe it’s all over. When I made it to the finals, I was overcome with joy, relief and sadness because I hated to see my friends go home. Winning meant the world to me … just to think that America loves me enough to vote me to win a million dollars is incredible.

What was the best part about coming home?

Seeing all my friends and sleeping in my own bed!

What has helped you stay grounded and true to yourself?

Really it’s just praying because our family is Christian. We love to go to church, so when we get stressed or overwhelmed, we pray. My Dad and I like to do Bible studies together. I’m just relying on God.

What’s next for you?

I want to do a musical on Broadway, and I want to have my own Darci Lynne show. I want to be a double threat!

What one word best describes you?