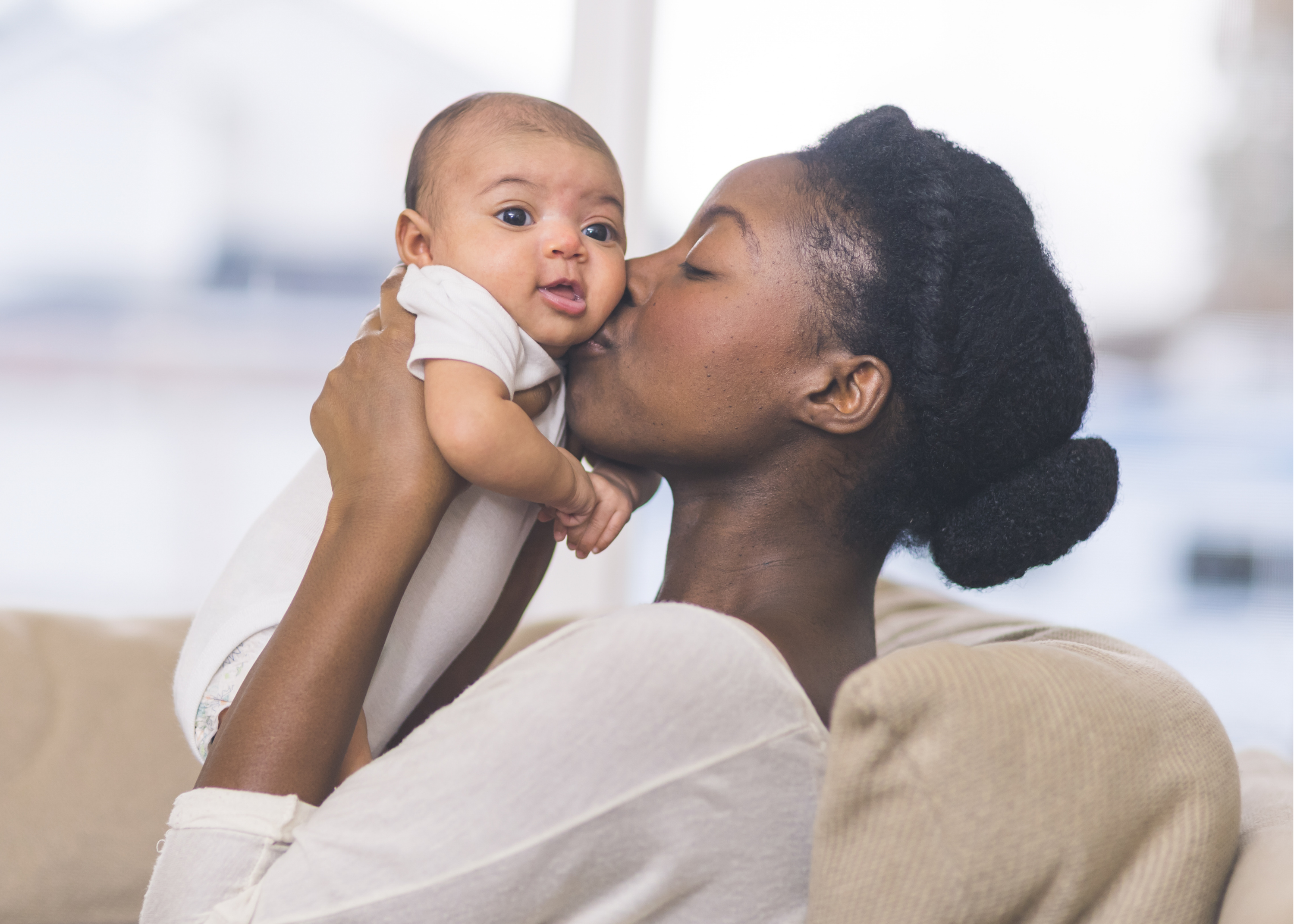 Learning you are pregnant comes with a roller coaster of emotions. Worrying whether you will live or die during or after childbirth should not be a concern at the forefront of your mind. But for the Black community, this is the reality. According to the National Center for Health Statistics, black women are two to three times more likely to die from pregnancy-related causes than white women. Even more shocking: these deaths are almost entirely preventable.

There is not a clear reason or concrete answer as to why Black women are dying at a higher rate from pregnancy-related causes, but research on a national level suggests that institutional racism among society and Black women’s increased susceptibility to certain health conditions, like obesity and hypertension, are contributing factors. Also, quality prenatal care is not easily accessible for many Black women. 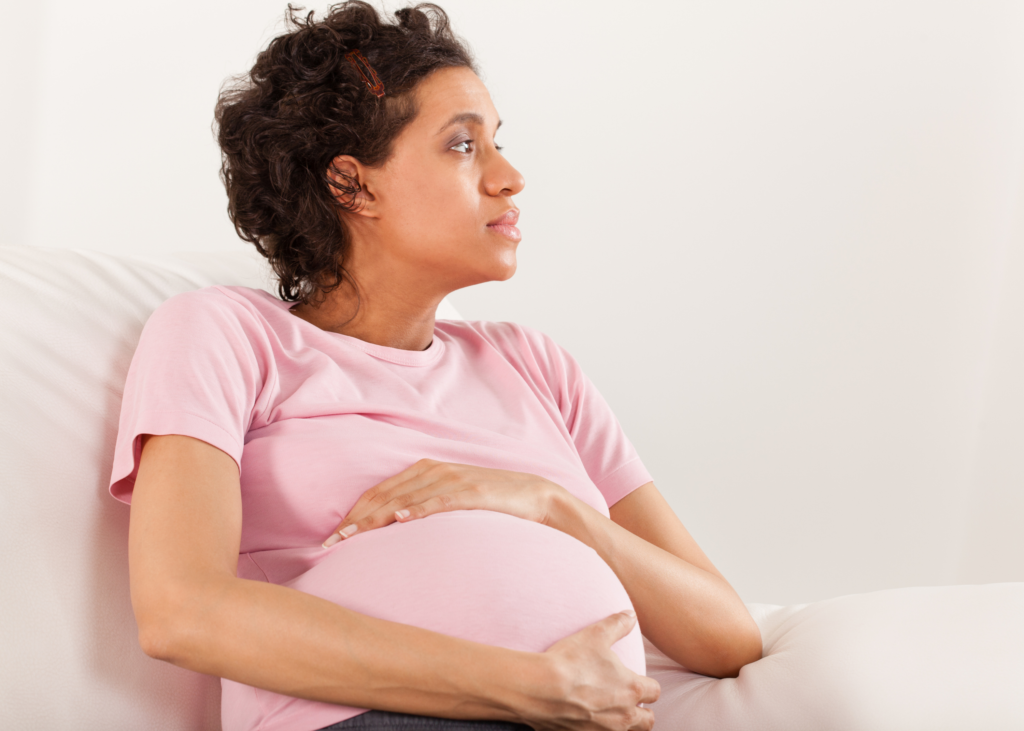 Locally, the statistics for Black mothers in Oklahoma are even more alarming and illustrate healthcare disparities. Local pediatrician, mom and owner of Peace of Mind Pediatrics Dr. Noor Jihan Abdul-Haqq says in Oklahoma, Black women make up more than 22 percent of pregnancy-related deaths, despite being responsible for only 10 percent of births.

While there are varied approaches to decrease healthcare disparities, unfortunately, there are many obstacles as well. Medicaid expansion plays a huge role in giving women access to healthcare before, during and after giving birth. Dr. Abdul-Haqq says improving access to quality care is another issue, especially in rural areas.

“As a pediatrician, I often am diagnosing postpartum depression and have even discovered mothers on the brink of self-harm,” said Abdul-Haqq. “Mothers need more support.”

Local doula and mom Raniesha Franklin says there is a lack of education from, access to and diversity in healthcare professionals who will listen to Black moms and support them in making informed decisions about their bodies and their babies’ bodies.

“So many Black women I encounter are not aware of the agency they have when it comes to their birthing process,” said Franklin. “I am most passionate about pre- and postnatal support, care and advocacy so that these new moms can feel empowered as they journey through spaces that are historically laced with systematic racism and biases.”

The impact of racial biases

Racial bias in the medical community could be contributing to Black women dying at a more alarming rate. It is vital for Black moms to steadily advocate for themselves or have someone advocate for them, like a doula. When Black moms’ concerns are not taken seriously, it could be a matter of life and death.

Unfortunately, that was the reality for famed Judge Glenda Hatchett’s daughter-in-law Kyira Dixon Johnson. She died from blood loss 12 hours after giving birth. After her scheduled cesarean section, nurses allegedly first noticed blood in her urine catheter. According to the lawsuit Johnson’s family filed, follow-up care was not adequately handled. A doctor ordered CT scans of her abdomen and pelvis due to her abdominal pain and blood loss, but the lawsuit states the scans were never carried out.

A study by Proceedings of the National Academy of Sciences of the United States of America found nearly half of first and second-year medical students believe Black people have thicker skin than white people and perceived Black people experience less pain than white people. This ingrained and systemic idea stems from 19th-century experiments that were performed by a doctor named Thomas Hamilton, a plantation owner who regularly tortured an enslaved Black man, creating blisters all over his body, in an attempt to prove Black skin was thicker than white skin.

Another study published by The American Journal of Emergency Medicine found Black patients were 40 percent less likely to be prescribed medication for pain compared to their white counterparts, also underlining the racial bias that Black men and women do not feel pain as much as white people. This same bias, unfortunately, carries over in the pre- and postpartum world.

Local mom Courtney Peyketewa said for her second pregnancy she noticed she had to be more adamant in speaking up for herself and being unwavering about her concerns during her pregnancy and after delivery.

“I feel somewhat slighted because if I didn’t advocate or speak up, I would have been bullied into something I didn’t want,” said Peyketewa.

While Black moms and moms-to-be may be more comfortable seeking medical care from Black healthcare professionals, there are non-Black professionals who are also very much aware of and actively working against racial biases and the healthcare disparities.

Metro mom Taryn Sledge is expecting baby number three, and she says her medical care during her first two pregnancies was “horrible.” With her third pregnancy, she found a white doctor who has been vocal about her awareness of Black women’s statistics and biases. Her doctor wants to make sure she is taken care of throughout the entirety of her current pregnancy and after delivery.

Every mother should have her own coach and cheerleader during pregnancy, delivery and upon arriving home. Pre- and postnatal doula care has been shown to improve health outcomes in women who utilize this service.

A prenatal doula is a trained professional who provides continuous physical, emotional and informational support to a mother before, during and shortly after childbirth to help her achieve the healthiest, most satisfying experience possible. A postpartum doula provides evidence-based information on infant feeding, emotional and physical recovery from birth, mother–baby bonding, infant soothing and basic newborn care.

According to the American College of Obstetricians and Gynecologists and the Society for Maternal-Fetal Medicine, studies have found labor support from someone like a doula can help improve labor and delivery. 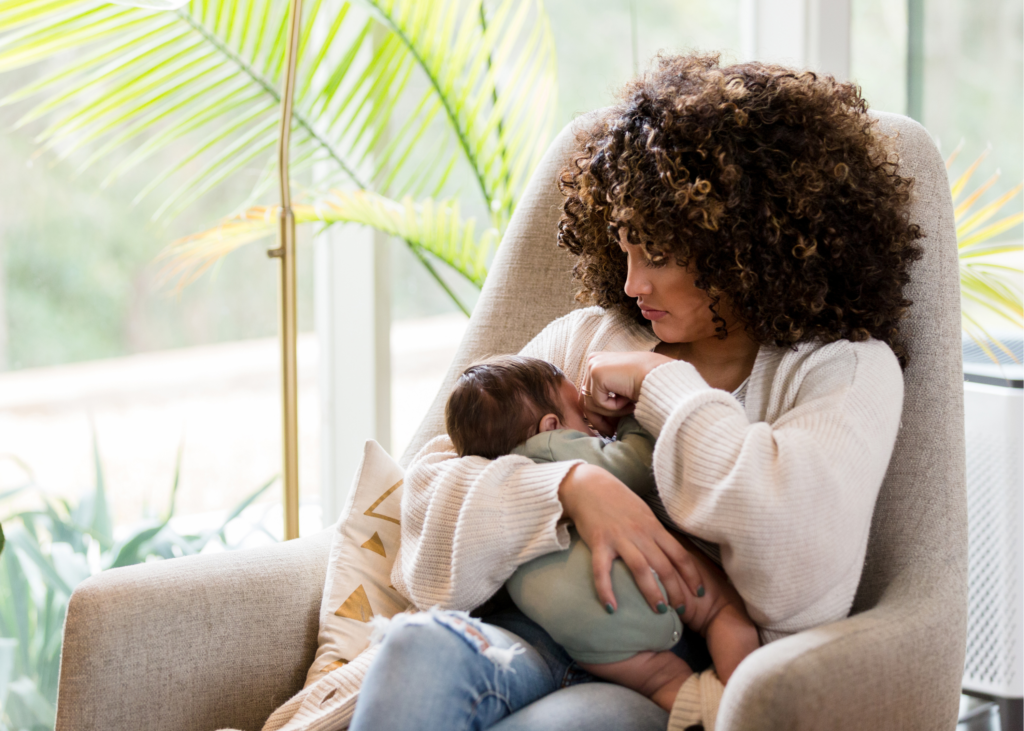 A doula can also provide education and support with breastfeeding. In addition to high mortality rates, Black women have the lowest initiation and duration rates of breastfeeding, according to the Centers for Disease Control. Those statistics can again be attributed to racial biases. Research from the CDC shows hospitals that serve Black populations are less likely to assist Black women with initiating breastfeeding after birth or to offer lactation support. Black women also are more likely to go back to work earlier than 12 weeks and have to navigate dealing with an employer who is not accommodating to mom’s pumping schedule or expressing milk needs. Local mom, doula and breastfeeding specialist Bethany Erby says women, but more specifically Black women, are often not able to find the support needed to reach their breastfeeding goals.

Breastfeeding benefits go beyond nutrition, including lowering the chance of Sudden Infant Death Syndrome (SIDS) for babies and the amount of postpartum bleeding, reducing the risk of hemorrhaging in mom. And the risk of hemorrhaging is more common than many might think. Local new mom Norchelle Hamilton completely understands how Black women die at a disturbing and disproportionate rate after her own experience.

After Hamilton had given birth to her son, healthcare professionals casually told her she had lost more blood after the delivery than during. Nurses were not eager to offer help or assist her when she wanted to take a shower. After Hamilton’s discharge from the hospital, she was not sent home with any special instructions on how to care for the continuous bleeding or informed on what to expect. She wasn’t given any proper sanitary napkins, underwear or gowns to deal with the excess bleeding.

Luckily for Hamilton, she had her own personal healthcare professional contacts she reached out to once she was home to inquire about how to tend to excess bleeding.

Healthcare professionals acknowledging these statistics and stereotypes is a first step in eliminating disparities for Black moms. First and foremost, examining why these biases exist, and the history of those biases, is critical, as is listening to Black moms who have experienced disparities firsthand.

Policy and legislation change in Oklahoma could make a widespread impact, like California’s Senate Bill 464, requiring hospitals to train maternity care staff about implicit bias. In Oklahoma, legislation was filed in January 2020 requiring complete, detailed documentation of maternal mortality. Senate Bill 1238 would require that if a woman dies in the hospital, the chief medical examiner would have to report the death to the Oklahoma State Department of Health (OSDH) after delivery or within 42 days after delivery from any cause related to the pregnancy. The medical examiner would also be required to indicate if the death was related to maternal mortality on the death certificate. The bill also directs the OSDH to maintain and report data on maternal mortality, including the number of deaths reported by county and race, which author Sen. George Young says is a first step in addressing and reversing maternal mortality.

According to a study by Jacobs Institute of Women’s Health, expanding Medicaid coverage has been significantly associated with lower maternal mortality in participating states compared to non-expansion states. Extending Medicaid coverage for at least one year in every state would also help with postpartum care.

The epidemic of Black maternal mortality and healthcare disparities is one the community and nation must rally together to overcome because addressing them only improves care for all of us.

Editor’s note: Jillian Bray is a news reporter for Better Black News, a media outlet highlighting positive African American news and bringing awareness about issues within the African American community. She is also an advocate for mothers and their well-being, prenatal and postpartum. Most importantly, Jillian is wife to Michael and mama to son Janori. Follow Jillian and her news team on all social media platforms @betterblacknews or visit BetterBlackNews.com. 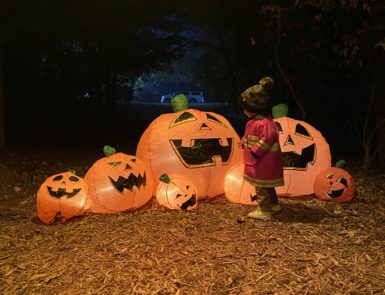