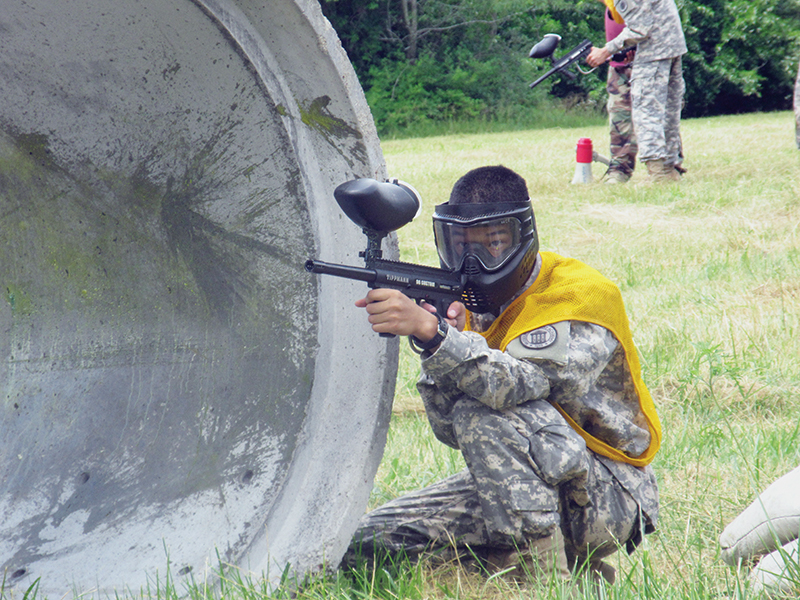 I didn't know what to expect when the idea of paintball came up. My oldest son, age 9, really wanted to try it.

The staff at Battle Park Paintball (14805 W. Industrial Road, Guthrie) had invited us to spend an afternoon but the conversation around paintball began months ago at our house.

New Years resolutions seem like a long time ago but I remember his answer from last December to "What one new activity do you want to try this year?"

"Paintball, Mom. That's what I'm looking forward to in 2016. Can I have my double digit birthday party at a paintball place?," Sam asked, with the eagerness of a child planning ahead.

I tried to think of some good reasons why not: it's outdoors so you have to take the forecast into account, it might sting, you'll get dirty.

None of those was a possible deterrent to Sam. He stared past me as I listed possible reasons why not. You never realize how different your children are from you, how much their individuality shines, as when it comes to a list of pros and cons. If anything, the idea of being outside, running in the dirt, was in the plus column for Sam.

The hesitation was entirely my own.

I don't enjoy being outdoors if there's dust and dirt (and there's pretty much always dust and dirt). Paintball was like an MTV daredevil pastime when I was growing up in the late '90s or so I seem to remember, vaguely. It definitely wasn't something I thought would be fun.

As the only female gender resident of this household, I like dresses and all-things pink. If it looks girly around here, my family knows it's mine and that's fine with me. Paint stains on clothing aren't something I would seek out. Motherhood, though, is the great equalizer and we do more than we thought we could in the interest of pleasing small people above all.

I drove out to Guthrie last Sunday on a gorgeous afternoon. The weather was perfect and we saw fall leaves along the way, shining with the season's best colors. It was just outside of town, not a difficult trek at all. Having a few minutes of relaxed car time with my pre-teen is a much different experience now that he's old enough to fill in the silence with all that's happening in late elementary school, who kissed who on the playground and what role he's hoping to get in the school play this year.

We were off to a good start as we turned onto a gravel road. The open field and more rural setting felt comfortable to me. I spent most of my childhood in the last town before Yellowstone National Park, so I've had all the outdoors I'd like to see for a lifetime, but it's still familiar to me and new to my children. Suburbia has its limitations and it's good to drive past the City Limits sign now and then.

My GPS led us to a square gray building. I stepped out, unsure of what to expect.

We went inside and I noticed the buildings décor immediately. It was nothing like what I had guessed it'd be. I didn't feel like we were somewhere rural. I really appreciate great branding because of my job as MetroFamily's marketing director and Battle Park carried their concept through with a facility that translates a modern look and feel. Gunmetal gray contrasted with bright colors and the facility was clean and comfortable. 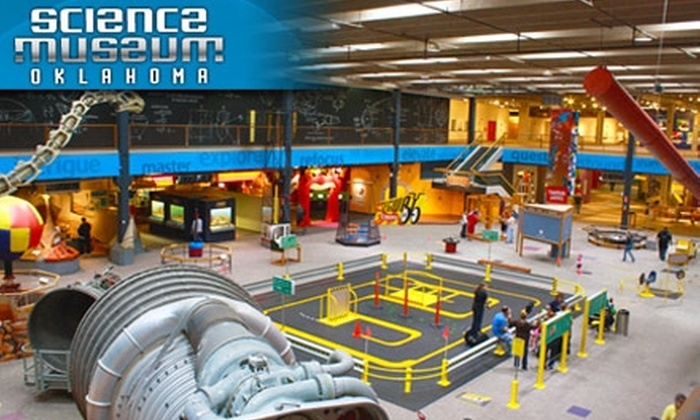 When I asked owner Dustin Hester for the story behind Battle Park, he made it clear why.

"We want the paintball experience to be as much about mom and dad's comfort as the kids having fun. I know mom and dad might otherwise sit in the car and when you're paying for your kid to have fun, that just isn't acceptable. We have a waiting area here with TV, wifi and comfortable chairs. You can be in a climate-controlled environment and have a birthday party without worrying about dirt blowing into the cake," he said.

Battle Park sits on 20 acres, an alternative to the warehouse setting Hester had considered first. The acreage has four different fields, including a mock town complete with buildings to strategize behind, old cars and wooden tombstones that make for easy cover.

Every team of players has a referee that accompanies them throughout the experience. All the necessary gear is available on-site too, so you're not left to fumble with equipment that might feel foreign. There's no need to make a separate trip for paintballs either; outside equipment can be used but paintballs have to be purchased on-site.

Sam and I watched an instructional video that was less than five minutes long and we were ready to go.

Our referee was a high school girl. She walked us through the basics too and confirmed that paintball is definitely for girls too.

We ran. We shot each other. We strategized. I was surprised how much we improved over time.

After two hours, we were out of paintballs but I know Sam would have kept going. I actually would have too, which was also a huge surprise since I had been a little hesitant to get started.

It was really fun, some of the most fun we've had together.

The pain was minimal. Hester explained that paintball has changed a lot of the years and that badge of honor I saw teenage boys lord over each other 20 years ago is no longer the only way to play paintball.

Neither Sam nor I had bruises or soreness.

I wasn't in a rush to go home and get showered. It was actually great exercise and we were a little sweaty but I didn't feel that gritty, uncomfortable need to go wash my hair immediately. There really wasn't dust or dirt.

The paint also washed out easily, without stains on our clothes or car upholstery.

If I had it to do over again, there are a few small changes I'd make.

Here are three tips to make the most of the experience:

Battle Park is for ages 5 and up. It's open year-round but fall is an especially nice time of year to visit.

I can definitely see why it'd be fun for the whole family, including moms. Whether you play or don't, you won't be stuck sitting in the car.

We just may have to go back for that tenth birthday party.

Battle Park is giving away one free birthday party as part of MetroFamily's Ultimate Birthday Party Giveaway! Click here to enter to win before Nov. 1.