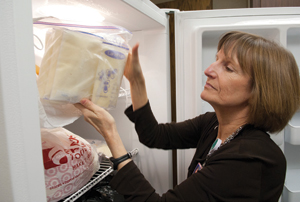 Many mothers and families make the choice to breastfeed upon the birth of a new child. Healthcare professionals have agreed for decades that breast is best, but many women find breastfeeding to be challenging and may lack the support they need to continue.

In some situations, such as adoption, it may be nearly impossible to breastfeed exclusively. In other cases, nursing is contraindicated due to a medical condition the mother may have. Luckily, more Oklahoma families and healthcare providers have the option of using donor milk for infants whose mothers are unable to breastfeed, thanks in part to the efforts of the Oklahoma Mothers’ Milk Bank.

Human milk is the best thing for human babies. In cases where an infant is premature or is critically ill, breastfeeding greatly increases survivability and improves development. Oklahoma has one of the highest premature birth rates in the country, with approximately one in seven babies being born early. While the premature birth rate ranks high, the breastfeeding rates in Oklahoma rank fairly low in comparison with other states. Approximately three out of four mothers initiate breastfeeding upon the birth of a new baby, but less than half of them are still breastfeeding when the infant is 10 weeks of age. For critically ill infants, the benefits of breast milk are even more important. In early 2011, neonatologists at OU Medical Center began regularly ordering pasteurized donor milk for NICU infants who were not being breastfed.

There are currently 10 milk banks in operation in the country, with the closest bank to Oklahoma being in Ft. Worth, Texas. That means that Oklahoma hospitals must order donor milk from Texas for critically ill and premature infants. The supply often fails to meet the demand, and the delays that result from milk having to be shipped out of state often prolong the waiting period for available donor milk. After its 2011 inception, Oklahoma Mothers’ Milk Bank (OMMB) served as a milk depot and is partnered with the Mothers’ Milk Bank of North Texas (MMBNT). That means that Oklahoma moms could drop off their donor milk to The Children’s Hospital at OU Medical Center, where it can be safely stored and sent to MMBNT for screening and pasteurization at no cost to the donor. Approximately 10% of the milk distributed by MMBNT is being donated by Oklahoma mothers through the OMMB program, making it one of the most prolific milk bank depots for the Texas milk bank. In recent months, OMMB has begun screening and processing their own milk, putting them a step closer to becoming an independent milk bank.

It’s the support of programs like these that help make breast milk more widely available. In fact, having the support of other women and mothers plays a major role in successful breastfeeding in general. This year’s World Breastfeeding Week (Aug 1-7) focuses on that very issue, with the theme of “Breastfeeding Support: Close to Mothers.” The chosen theme highlights the importance of breastfeeding peer counseling and community support as essential to breastfeeding success. One of the primary objectives of OMMB is to offer breastfeeding education and support for mothers and the medical community.

This year, in celebration of the 21st Annual World Breastfeeding Week, a group of Oklahomans who are heavily involved in the birth community as professional doulas and lactation consultants are hosting an art exhibit on Friday, August 2 at the Old Trinity Church in the Paseo district. The exhibit’s theme is “Ancient Roots,” and it aims to showcase breastfeeding as the physiologically normal source of nutrition, hydration, and comfort for infants and toddlers. All proceeds from the exhibit will be donated to the nonprofit OMMB to further expand their ability to provide this life-saving milk to families throughout Oklahoma. Local artists will create original works highlighting World Breastfeeding Week’s objectives and how mothers throughout history are connected through pregnancy, birth and breastfeeding. Art will be sold via silent auction.

Community involvement is key to breastfeeding success, and programs such as OMMB and La Leche League (www.llli.org) offer much needed support for nursing mothers. Events such as World Breastfeeding Week and the Ancient Roots Exhibit help to educate the public about the superiority of mother’s milk over other forms of nutrition for babies.

For more information about how to donate breast milk or how to obtain donor milk, contact the Oklahoma Mothers’ Milk bank or visit www.okmilkbank.org. 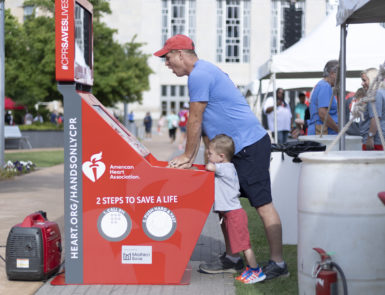