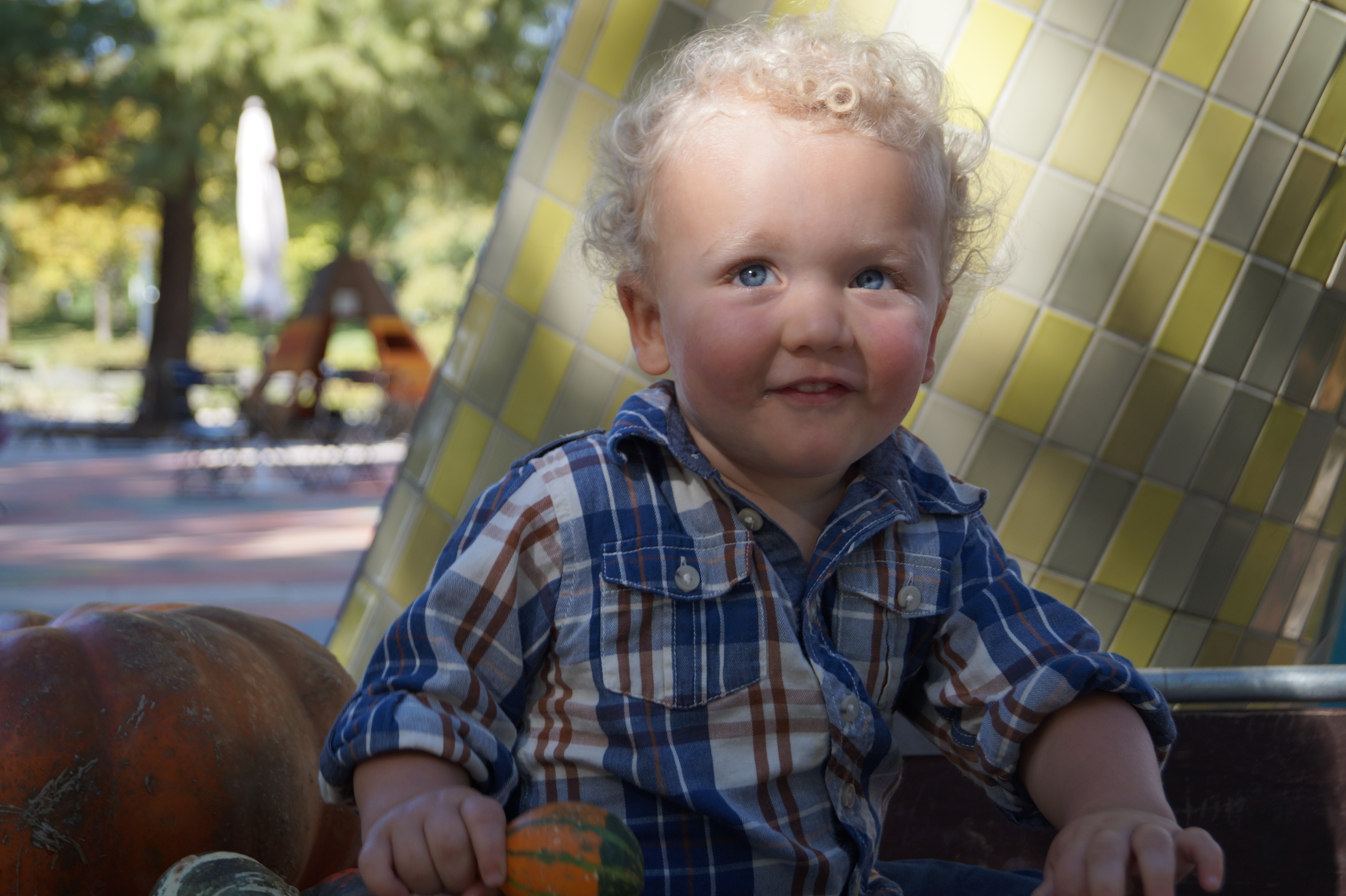 In many ways, Kelly Caven is like every other mom. She wakes up in the middle of the night with her toddler son, packs a diaper bag before she leaves the house to be ready for anything and never stops thinking about his health and well-being. But for Kelly, these steps could save her son's life.

Kelly's son, Liam, has Type 1 diabetes. More than 29 million people in the U.S. have diabetes. That's the number from the Centers for Disease Control and Prevention, which also reports that diagnoses of Type 1 and Type 2 diabetes are on the rise among youth in the U.S. November is National Diabetes Awareness Month, an opportunity for us to help Oklahoma City families understand diabetes and be aware of warning signs that a family member may have the disease.

Diabetes is a disease in which the body has a shortage of insulin, a decreased ability to use insulin, or both. Although 90 percent of diabetes cases are Type 2, Type 1 is the predominant form of diabetes diagnosed during childhood. Children with Type 1 diabetes, formerly known as juvenile diabetes, will die without access to insulin. Signs of diabetes include frequent urination, excessive thirst, increased hunger, weight loss and fatigue.

When 17-month-old Liam started showing some of these signs over the summer, Kelly and her husband, Shaun, didn't consider diabetes because he is so young.

"I had never heard of anyone that young having Type 1," said Kelly, a registered nurse in Oklahoma City. "I even worked in the pediatric unit in school and never had a patient that young with it." 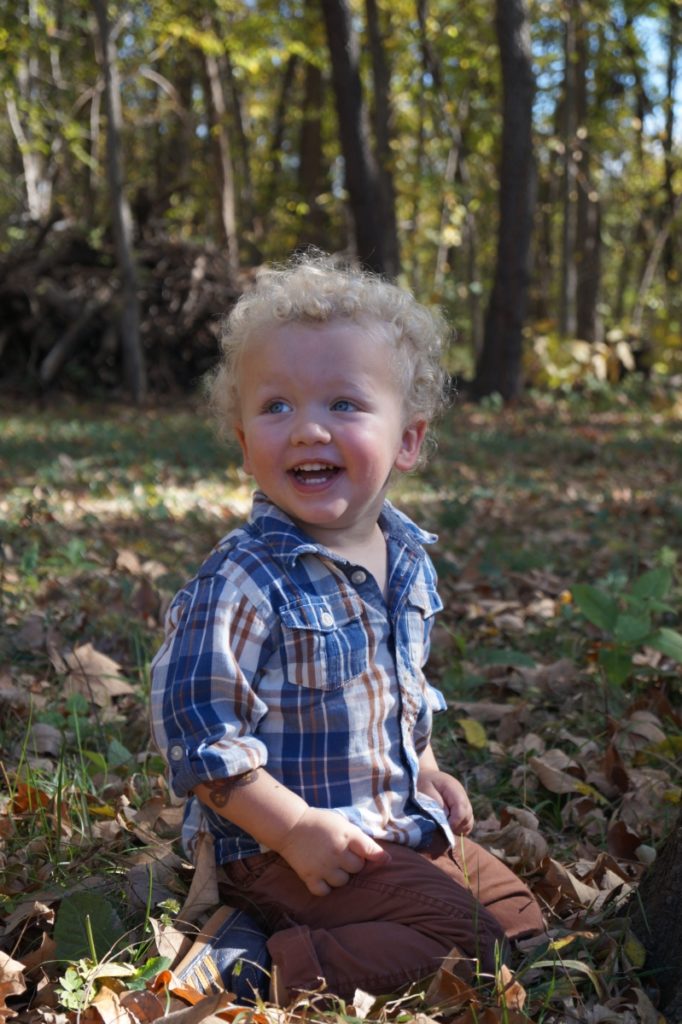 In the weeks leading up to Liam's diagnosis, Kelly said she noticed her son's frequent thirst and frequent urination, but did not tie it to diabetes. He was reaching for his sippy cup more often, she said, but she figured that was because of the July heat. He was wetting out of his diapers each night, she said, so she thought she should start buying overnight diapers. It wasn't until her babysitter called to tell her Liam was breathing heavy that Kelly realized something was wrong.

"He was breathing 40 to 50 respirations a minute," she said. "You and I are probably breathing 16 to 18 a minute. He was panting like he'd just run a marathon when he was just sitting still."

Kelly took Liam to his pediatrician, where he was diagnosed with bronchiolitis and sent home with a breathing machine and steroids. Later that evening, Kelly had a suspicion what was ailing her son was something more serious. She and her husband, a local kayak coach, took Liam to an after-hours clinic. There, he was wrongfully diagnosed again, this time with constipation. When Liam seemed to be getting worse instead of better, Kelly made the life-saving decision to take him to the emergency room. There, his blood was drawn and physicians told Kelly her son was suffering from diabetic ketoacidosis, a life-threatening complication of diabetes that occurs when your body produces high levels of blood acids called ketones.

He spent the week in the hospital on an insulin drip and potassium drip while his parents learned how to treat his Type 1 diabetes. Kelly is a nurse, so she picked up treatment techniques quickly. Looking back, she realizes she should have noticed the signs and symptoms earlier.

"I've learned this in school, I've seen it at work, but I didn't catch it at home," she said. "I am really hyper aware of those symptoms, but I was so close to it I couldn't see it."

Now, Kelly hopes other parents will learn to understand the signs and symptoms and realize young children can be afflicted with the disease. Liam will treat his Type 1 with insulin for the rest of his life. For now, his parents manage it using an insulin pump. Because of Liam's young age, the couple opted to get him a pump rather than use syringes to deliver his insulin. The pump a wireless, tubeless insulin reservoir in a small half-egg shape that stays on Liam's body around-the-clock and delivers insulin to him through a small remote control Kelly keeps and manages. While it simplifies the process, it still places a burden on Liam's parents for delivering the medicine. One of them must be awake at 3 a.m. daily to administer the insulin.

"We had to become experts on diabetes overnight," she said. "It was overwhelming and scary at first but we've hit a stride for now. It changes all the time. What you do one day doesn't apply the next."

There are many misconceptions about Type 1 diabetes. Liam cannot control it through diet or exercise and insulin is not a cure for diabetes, it's simply his treatment. Although Liam cannot control his Type 1 with what he eats, the amount of insulin he gets each day depends on the number of carbohydrates he consumes. For every 26 grams of carbs he eats, he gets one unit of insulin.

"For example, he eats pretty healthy. He will down half an avocado in a few seconds, and half an avocado has seven grams of carbs," said Kelly, who counts every carb Liam eats each day. "Thankfully cheese and meat don't have carbs, so I'm not counting then. But one grape has one gram, so I'm counting every grape, I'm putting his hummus on a food scale, I'm watching every cracker he has for a snack. I have to add that up, so it's non-stop thinking."

Kelly checks Liam's blood sugar 10 to 12 times per day. She carries an arsenal of tools and supplies with her everywhere she goes. To leave the house, she packs insulin, a replacement pump, Glucagon, a glucometer, alcohol swabs, a lancing device, tape, fast-acting carbs and long-acting carbs.

It's estimated Americans with diabetes incur medical expenses approximately 2.3 times higher than those without diabetes, an additional burden of the disease. Kelly hopes that by sharing Liam's story, other parents will have awareness of the signs of diabetes. The International Diabetes Federation lists warning signs here. 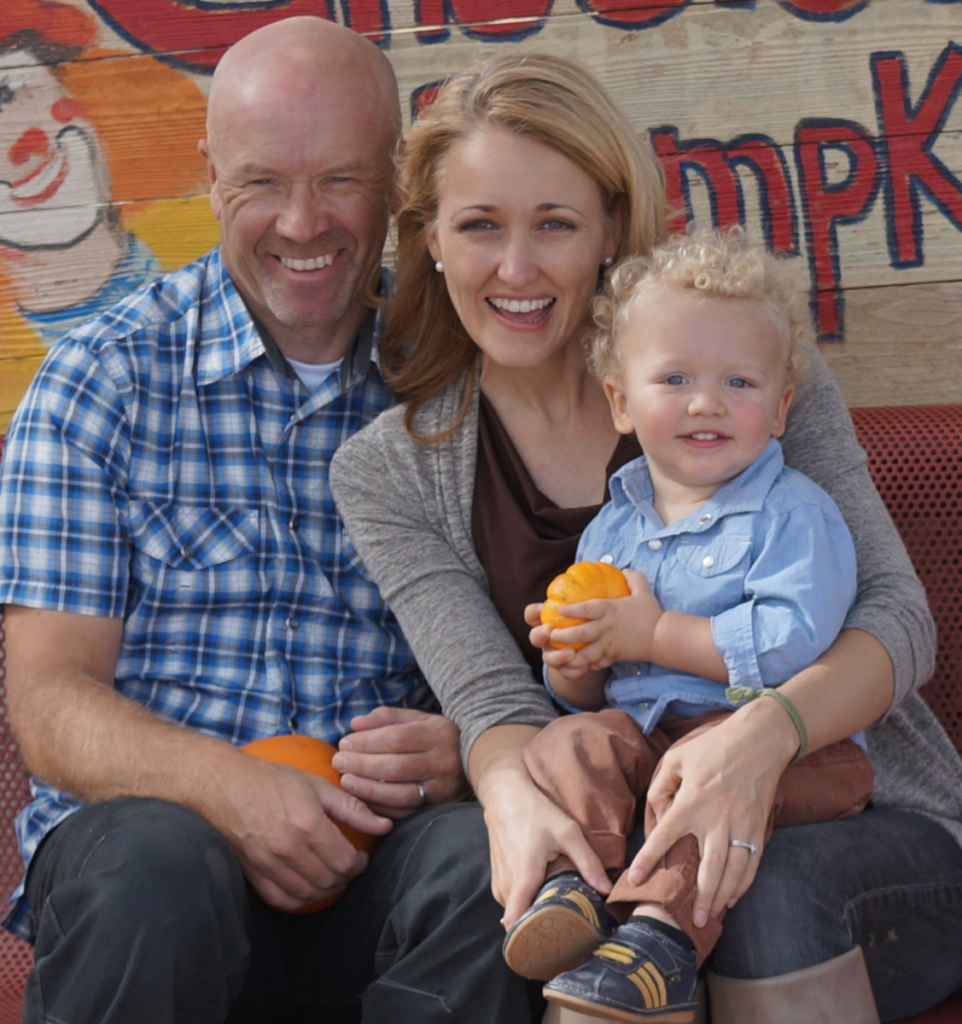 and the nurses and physicians there have made themselves available to Liam around-the-clock. She said she felt like she needed the constant support at the beginning, when she was still learning about Type 1.

"When we left the hospital at discharge in July," she said, "we felt like we had a newborn, and needed to learn how to take care of him all over again!"

People occasionally ask about Liam's pump, Kelly said, but Liam otherwise looks and acts just as any toddler does.

"I try to keep as my mantra, 'child first, diabetes second,'" Kelly said. "I want him to be treated as normally as possible, even though he's going to be different. I want people to see Liam, not diabetes."

Parents of children with Type 1 diabetes in Oklahoma City can connect with Kelly and other local families like hers in the Central Oklahoma JDRF chapter.